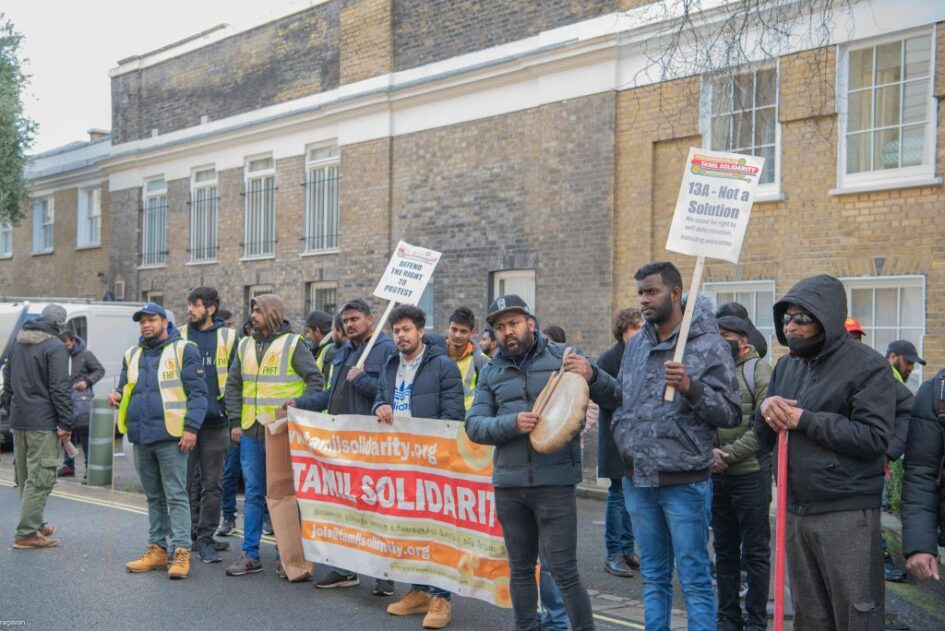 A spontaneous and countrywide eruption of struggle is now taking place in Sri Lanka. Many youth and workers are gathering in parts of the country to express their anger against the government. Prices of essential commodities have skyrocketed. While oil and gas become unaffordable, there are also long power cuts. Many have died while standing in long queues waiting for hours to get basic essentials. The government has taken no action, so far, to better people’s conditions. If the conditions continue like this there will be starvation and more death from hunger will take place. There should be a fightback. The trade unions must come forward to organise strike action to support the mass actions taking place on the streets.

We demand the immediate resignation of Rajapaksa’s government. Set up democratically elected people’s assemblies locally and nationally to bring together all those in the struggle; with workers’ representatives, youth, farmers, and all sections of the community, on a non-sectarian basis, to decide an action programme to deal with the emergency and a government representing working people to implement it.

We fully support the demands and campaign initiated by United Socialist Party (USP), calling for mass action and a strike to bring down this government. Below is the summary of the USP statement.

We must come forward to build our strength!

We appeal to all the union and students bodies and socialist organisations to come forward to agree on building mass opposition that includes Tamils, Muslims and plantation workers. We must unite together on some basic programme, including the demands outlined above.

We appeal to all workers and students to form committees in the workplaces, colleges, universities and local communities to mobilise mass opposition.

Form a national assembly consisting of rank and file trade union activists and socialist organisations and other activists to prepare for the struggle.

Please also forward your request and solidarity to: [email protected]

Tamil Solidarity fully supports the protests that are taking place against the Gotabaya Government.

Tamil Solidarity invites all those interested in the UK to take part in the protest that is organised in London for next Wednesday, 6 April 2022.

Liked this article? Please become a Patron! and support our work

Sri Lanka on verge of economic collapse – An appeal to union activists, students and workers

A Critique of Spontaneous Action