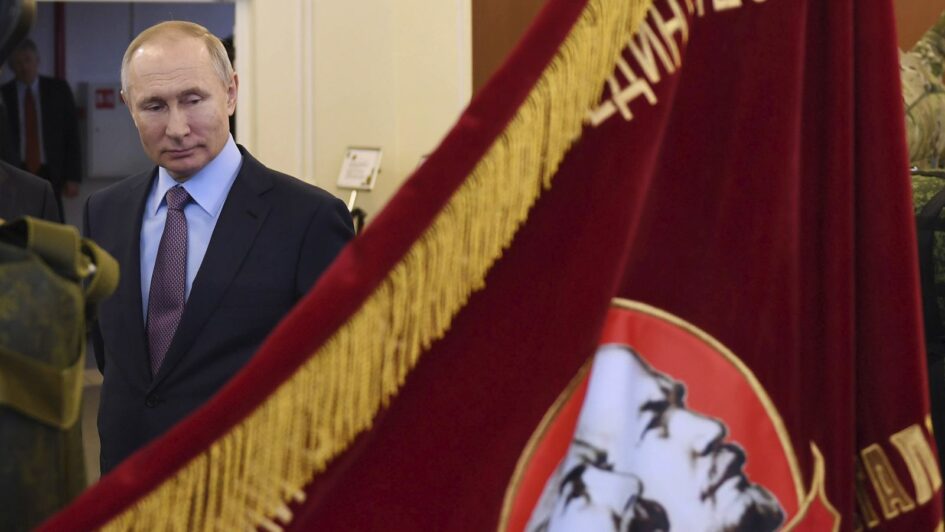 A recent article in the Independent, by Ella Glover, titled “Remains of thousands of people believed to be victims of Stalin’s terror discovered in Ukraine“,i reveals that a new mass grave has been discovered with “the bones of around 5,000 to 8,000 people” during exploratory works as part of an airport extension. Even though our dear author admits that the victims’ “crimes and identities remain unknown” she expresses no doubt whatsoever as to who was responsible.

Since the Nazis and their fascist counterparts are well known to have committed countless mass executions, especially in Eastern Europe, we should question who these victims were and what lead to their burial before reaching any conclusion about who did it, but this is not how Goebbelsian propaganda works; instead, given the discovery of some bones, the opportunity is jumped on to make up a story slandering Stalin and Russia with the same brush. According to our author the bones are “thought by historians to belong to victims of Stalin’s Great Terror from 1937 to 1939” but alas, the identities of these historians as well as the depth of their thought remain as unknown to us as the identities and crimes of the victims.

An honest look at history would reveal that in the lead-up to WWII the Soviet Union was the only great power to oppose Hitlerite fascism; that neither joined nor appeased the Hitlerites but actively tried to prevent the ensuing suffering they wrought;ii and that as a consequence of its humanitarian and democratic stance, the Soviet Union correctly neutralised its fifth column of Hitlerite collaborators before the outbreak of war – a vital step on the road to victory. At least at the time no freedom-and-democracy loving person would have dreamed of reproaching Stalin for being too heavy handed against Hitlerite agents. All Stalin’s “great terror” boils down to is the great terror he struck in the hearts of the imperialist Nazi appeasers, Nazi collaborators, and Nazis themselves. This begs the question why has our dear author, from one of the countries that appeased Hitlerite fascism, written an article slandering the only world leader who stood in the way of it?

She then moves on to the Bykivnia graves and the Holodomor as if they were to establish the cause of death of these recently discovered unidentified bodies. Both the Bykivnia graves and the Holodomor stories were created by the Nazis and echoed in the West by Hitler-loving media moguls such as William Randolph Hearst,iii the purpose of them being to persuade the US and Britain to join Nazi Germany against the Soviet Union in WWII. These days the stories get repeated ad nausea by those who proudly run with the Nazi baton, not to beat the drums of war against the socialist Soviet Union, but against capitalist Russia – a different nation altogether.

It is very telling how our author seamlessly turns her attack to present day Russia as she quotes Sergiy Gutsalyuk, head of a regional branch of the National Memory Institute, saying that the reason it will not be possible to identify the victims is because “these documents will never be handed over to us under the current government in Russia.” Sergiy Gutsalyuk is known to be a violent NATO agent involved in the Euro-Maidan and siege of the house of trade unions where several innocent people were murdered in 2014.iv His quote refers to the fact that the Russian state will not fake new documents again accusing Stalin of murdering innocent people, as was done under Gorbachev with the Katyn massacre. This is not because Putin is sympathetic to Stalin but because Russia has learned that the imperialists will only use such slander as propaganda against present day Russia – which together with China poses a grand challenge to imperialism.

Our dear author goes on to tell us that Russia and Ukraine are “engaged in the Russo-Ukrainian war which started in 2014 following the Russian annexation of Crimea from Ukraine and the Russian backing of armed separatists in Eastern Ukraine”. But the truth is that Russia and Ukraine have not been at war, Crimea held a constitutional referendum where 93% voted to leave Ukraine and join Russia with a turnout of roughly 75%v and it’s actually the newly formed eastern republics who are at war with the Kiev regime because they won’t accept being governed by Neo-Nazis that came to power through an unconstitutional coup. They have bravely stood up so far and fought back against the attempts by Kiev to force them into submission with violence. This is a civil war within Ukraine which at time of writing is ongoing, not a war with Russia.

Lastly our author quotes the comedian Zelensky, leader of the Kiev regime, vowing to get Crimea back and appealing to international allies. This is nothing but a laughable pipe dream exuding desperation. Have any of these NATO russophobes ever cared one jot about the Ukrainian people? Below is a graph of the population of Ukraine between 1950 and 2020 which speaks volumes about the “separatists’” sentiments.vi 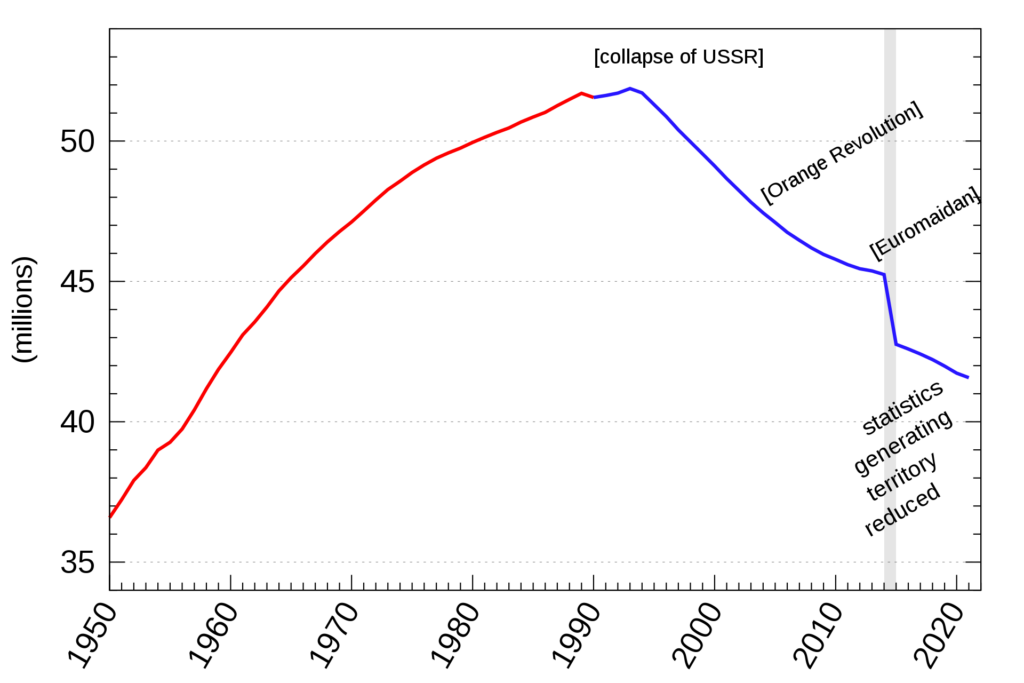 As George Orwell put it whilst selling his talents to the bourgeoisie: “the most effective way to destroy people is to deny and obliterate their own understanding of their history.” However, it is despite the efforts of the bourgeoisie that the flame of truth will not be put out. In the recent Russian legislative elections of September 2021, with over 50% turnout, the Communist Party of the Russian Federation secured 19% of the vote share gaining 15 new seats in the State Duma. Simultaneously we know from polls in Russia that the popularity of Stalin has doubled since 2010 and continues to rise. With this trend it seems that the winds of history will truly sweep away without mercy the rubbish heaped on Stalin’s grave.i

But now as the war rages over history and truth, as socialism inches closer to irrupting on the world scene again, the brave people holding their ground in the Donetsk People’s Republic are a beacon of hope. The Donbass Post issued commemorative stamps of Stalin on his birthday last year and they have been the best selling stamp they’ve released so far out of the 218 great personalities from the collection.viii Now we see the wretched imperialists twisting and turning, haunted by the truth they cannot rid themselves of. There is, however, no reason to doubt that these people will, in the end, have to acknowledge the universally known truth, which is, that gossip and slander perish but facts remain. 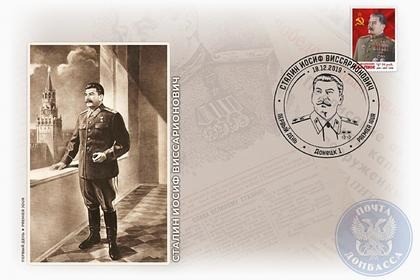