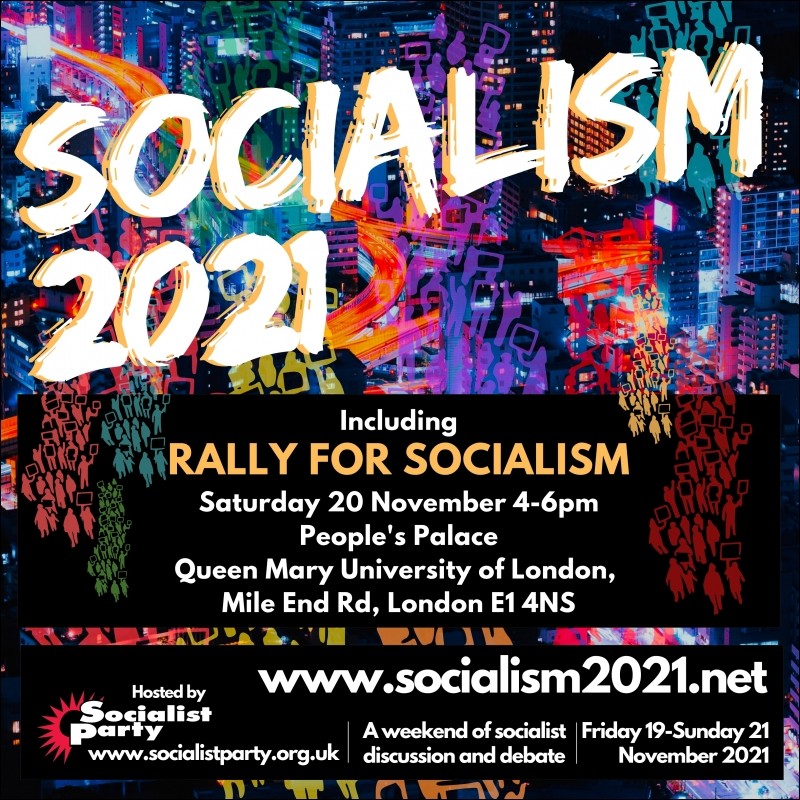 Link to this page: https://www.socialistparty.org.uk/articles/33138 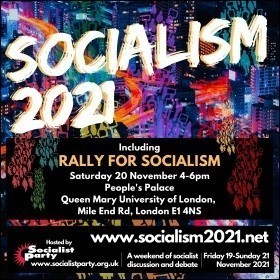 A weekend of discussion and debate hosted by the Socialist Party

We need an alternative! But what is it?

How can workers get organised and fight, back in the post-pandemic world? How can a real workers’ politics be built?

In a world facing crisis on every front, discussion on how socialist ideas can change the world is more necessary than ever. That’s why the Socialist Party is organising the Socialism 2021 weekend event from Friday 19th to Sunday 21st of November.

In person and on Zoom

Book your tickets to Socialism 2021 (England & Wales and Germany)