Socialism from the State 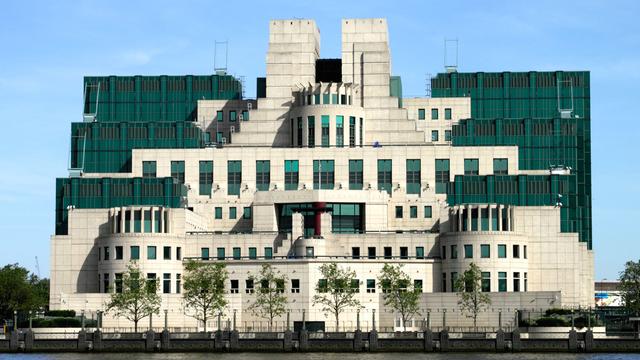 Most organisations declaring themselves to be Marxist offer little or no role to the development of worker cooperatives as part of their programme. In one sense this is surprising given the striking declarations of Marx on their importance.  In another way it is not so unexpected.

The road to socialism was much debated in the 19th century with a number of currents putting forward a leading role for the state, including in sponsoring cooperatives.  Since that time the state has grown enormously, including for reasons that Marx and Engels set out. Its  prominence has often been obvious in less developed capitalisms where its role in industrialisation has been more direct from the start of its development.

The misplaced role for the state now current among socialists (nationalisation, income redistribution, state welfare etc.) arises as a reflection in ideology of the massively increased economic and social power of the state within capitalism, and the weight of that ideology transmitted into Marxism through social democracy and Stalinism.  All these have been too powerful in their effect on weak Marxist currents.  When we appreciate the ideological influence of the Russian revolution, the dominance of the idea of socialism as an expression of state power is unsurprising.

For this reason, it is important in setting out Marx’s alternative to capitalism to address not only what he positively advocated but also what he fought against, and one of his recurring battles was against the idea of some of his contemporaries that socialism would issue from the state.  Against this he also had to address the views of anarchism, which argued that the state could quickly be abolished.

Given the hold that this ‘state socialism’ continues to have on a wide variety of socialist and generally ‘left’ opinion, it is therefore necessary to set out Marx and Engels’ views on the role of the state in the creation of socialism.  In doing so we will leave aside the actual experience of attempts to implement such a view in the 20th century and will come back to some aspects of these in future posts.

Capitalism is therefore a transitional form to socialism but it is necessary to understand the forms of this transition and their unfolding.  It is therefore not the case that because state ownership is one of the most developed forms of capitalism, and therefore of transition, it is by this fact also an early form of socialism.

In ‘Socialism: Utopian and Scientific’ Frederick Engels sums up the historical evolution of capitalism – from medieval society to capitalism – and the contradictions that lead to proletarian revolution:

‘Partial recognition of the social character of the productive forces forced upon the capitalists themselves. Taking over of the great institutions for production and communication, first by joint-stock companies, later on by trusts, then by the State. The bourgeoisie demonstrated to be a superfluous class. All its social functions are now performed by salaried employees.‘

‘Proletarian Revolution — Solution of the contradictions. The proletariat seizes the public power, and by means of this transforms the socialised means of production, slipping from the hands of the bourgeoisie, into public property. By this act, the proletariat frees the means of production from the character of capital they have thus far borne, and gives their socialised character complete freedom to work itself out. Socialised production upon a predetermined plan becomes henceforth possible. The development of production makes the existence of different classes of society thenceforth an anachronism. In proportion as anarchy in social production vanishes, the political authority of the State dies out.’

This formulation leaves open the view that seizure of the mean of production by the state – once itself seized by the working class – removes them as forms of capital, becomes the form of socialisation under the rule of the working class, and initiates their employment as means of satisfying the needs of the vast majority of society.  The same proposition appears in Anti-Duhring, from which the short pamphlet is derived.

In an earlier section of  ‘Socialism: Utopian and Scientific’ Engels addresses the Marxist view of the state in the transition to socialism by noting the planning that is involved in the development of Trusts and monopoly:

‘. . . with trusts or without, the official representative of capitalist society — the state — will ultimately have to undertake the direction of production. [4] This necessity for conversion into State property is felt first in the great institutions for intercourse and communication — the post office, the telegraphs, the railways.’

In the footnote within this passage Engels states that:

‘4. I say “have to”. For only when the means of production and distribution have actually outgrown the form of management by joint- stock companies, and when, therefore, the taking them over by the State has become economically inevitable, only then — even if it is the State of today that effects this — is there an economic advance, the attainment of another step preliminary to the taking over of all productive forces by society itself.’

‘But of late, since Bismarck went in for State-ownership of industrial establishments, a kind of spurious Socialism has arisen, degenerating, now and again, into something of flunkyism, that without more ado declares all State-ownership, even of the Bismarkian sort, to be socialistic. Certainly, if the taking over by the State of the tobacco industry is socialistic, then Napoleon and Metternich must be numbered among the founders of Socialism.’

‘If the Belgian State, for quite ordinary political and financial reasons, itself constructed its chief railway lines; if Bismarck, not under any economic compulsion, took over for the State the chief Prussian lines, simply to be the better able to have them in hand in case of war, to bring up the railway employees as voting cattle for the Government, and especially to create for himself a new source of income independent of parliamentary votes — this was, in no sense, a socialistic measure, directly or indirectly, consciously or unconsciously. Otherwise, the Royal Maritime Company, the Royal porcelain manufacture, and even the regimental tailor of the army would also be socialistic institutions, or even, as was seriously proposed by a sly dog in Frederick William III’s reign, the taking over by the State of the brothels.’

This footnote makes clear that Engels did not regard ownership by the capitalist state, often now euphemistically called public ownership, to be any sort of socialism.  As he goes on to say in the main body of the text:

‘But, the transformation — either into joint-stock companies and trusts, or into State-ownership — does not do away with the capitalistic nature of the productive forces. In the joint-stock companies and trusts, this is obvious. And the modern State, again, is only the organization that bourgeois society takes on in order to support the external conditions of the capitalist mode of production against the encroachments as well of the workers as of individual capitalists.’

‘The modern state, no matter what its form, is essentially a capitalist machine — the state of the capitalists, the ideal personification of the total national capital. The more it proceeds to the taking over of productive forces, the more does it actually become the national capitalist, the more citizens does it exploit. The workers remain wage-workers — proletarians. The capitalist relation is not done away with. It is, rather, brought to a head. But, brought to a head, it topples over. State-ownership of the productive forces is not the solution of the conflict, but concealed within it are the technical conditions that form the elements of that solution.’

He goes on to say that ‘This solution can only consist in the practical recognition of the social nature of the modern forces of production, and therefore in the harmonising with the socialised character of the means of production. And this can only come about by society openly and directly taking possession of the productive forces which have outgrown all control, except that of society as a whole.’

This ‘open and direct’ taking into possession cannot be by the state since this is a separate machine apart from the class.  Engels follows up the above remarks by stating that the productive forces that ‘work in spite of us, in opposition to us, so long they master us . . .  when once their nature is understood, they can, in the hands of the producers working together, be transformed from master demons into willing servants.’

The tendency for the state to more and more take over production is therefore posited as the dynamic development of capitalism and not of society ruled by the working class.  The state is not the true representative of society, a point made very early in Marx’s political development, and is as Engels says: ‘essentially a capitalist machine, the state of the capitalists, the ideal personification of the total national capital.’

So, if capitalist state ownership does not mean socialism, what does it mean for ‘society openly and directly taking possession of the productive forces’, a phrase repeated by Engels a number of times.  How is to be done and once done does ownership by the new workers’ state mean socialism?

The preconditions for socialism