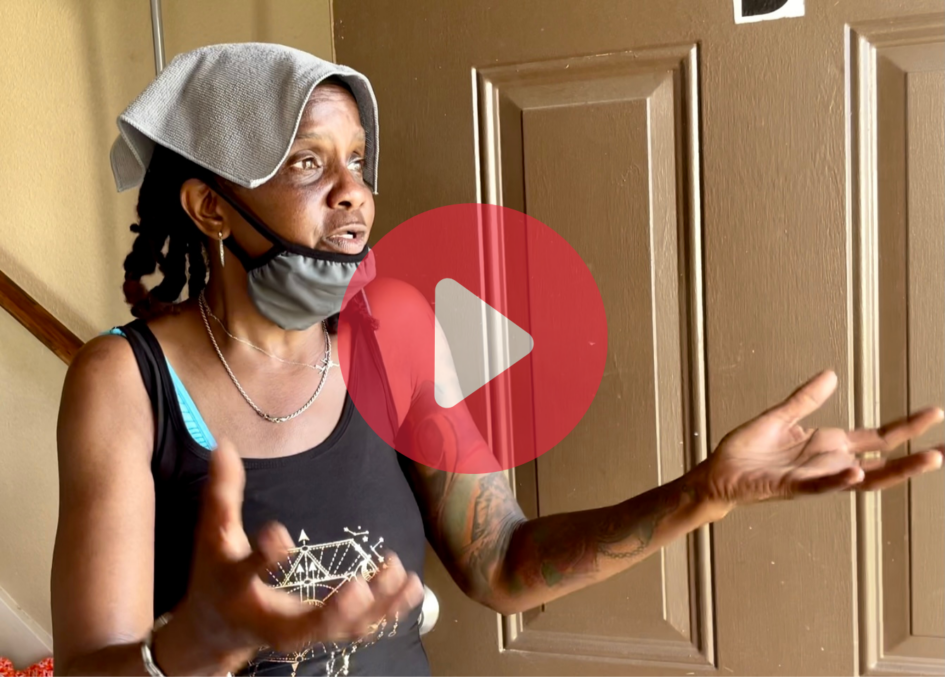 On the weekend of September 4, PSL members on the ground in the Central Gulf Coast distributed relief in LaPlace, Louisiana and reported on the struggles people continue to face. One week after Hurricane Ida’s historic 150-miles per hour winds of destruction, fueled by climate change, hundreds and thousands of people continue to have no power and little food or water. But the federal government has done almost nothing to help the people.

People we spoke to fear they will go for weeks or longer with no power. Please make an urgently needed donation to help continue the PSL’s relief work in Southern Louisiana.

We demand that FEMA and other government relief be immediately distributed to people throughout these neighborhoods, regardless of citizenship status, without having to wait for approval! Instead of wasting money on war, like the $2.3 trillion spent in Afghanistan causing death and destruction, we demand the government spend whatever is needed to rebuild people’s lives. Video interviews on the ground in LaPlace, Louisiana:

Terry Brown spoke with Liberation and explained how they have been surviving. “We have a gas [propane] burner that we’re using, we making coffee on the gas burner, we make breakfast on the gas burner, and it feeds our whole complex, the whole apartment. Everybody comes and brings everything they have and we just cook whatever and we eat. We’re united. It’s sad something had to be devastating for us to be so united but nobody [from the government] still helping.” Another woman who has COPD and was left homeless after the storm railed against how relief efforts are organized, saying, “What happens is you get services first of all to businesses, then you get service to the rich people and then if you lucky six months down the road the poor people might get services. So guess what, we’re here without water, without power. Let me tell you what, at 64-years old I should not be going through this.” Another man up the street who also didn’t have power explained that the relief he has received has all come from friends, “People coming by asking me if I needed anything, like y’all came by and gave me this little bit of gas I got, hey I appreciate if anybody can come by here and help, we need it out here.” While many evacuated, thousands of others did not have the resources or information to do so. Bridget’s Grandmother died the night of the storm so she did not know about the severity of Ida until that day. She sheltered in place with her daughter and said the storm was indescribable, “It sounds like an airplane on top of us… you just feel everything shaking, everything moving, is this a tornado what is happening? I just get chills thinking of this all over again. I instantly took my daughter, went to the bathroom we got pillows, blankets because there’s no windows and I know I’m gonna be good up in here. And you know, she’s just a kid.” River, a volunteer with the PSL relief effort from Lafayette, Louisiana, spoke about the complete destruction on a scale he had never seen before, “I have lived in Louisiana like all my life and it’s very rare you see this level of wind damage and then you put on top of that the flooding. It’s hard to explain the scale of it, you’ll see like a downed power line or a house with no shingles, but it’s every house, every tree on the interstate looks like you took a buzzsaw to it, never seen that in my life.”

‘Thank You, Mexico’ for sending aid to Cuba