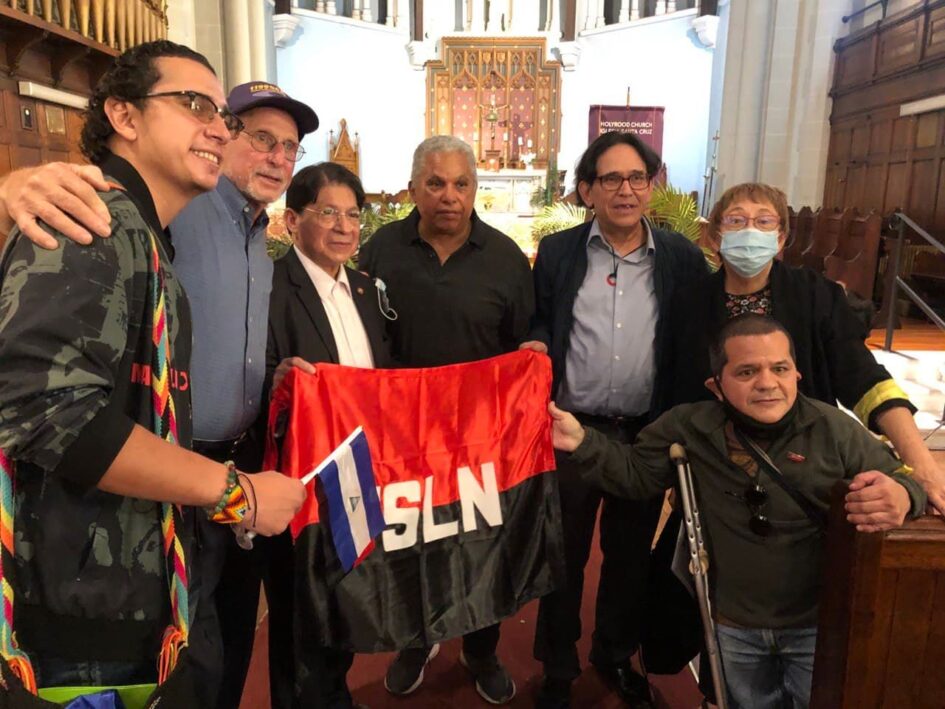 A strong solidarity meeting held Sept. 26 featured Minister of Foreign Affairs of Nicaragua Denis Ronaldo Moncada Colindres (third from the left) and Nicaragua’s Ambassador to the United Nations Jaime Hermida-Castillo (fifth from the left), at Holyrood Iglesia Santa Cruz Church in Washington Heights, New York City, in the heart of the Dominican immigrant community. Activists formed a people’s security team when the U.S.-backed right-wing Nicaraguan opposition threatened to disrupt the forum. The speakers proceeded without any interruption. Standing next to the Ambassador is Venezuelan activist William Camacaro of the Bolivarian Circle of NYC.