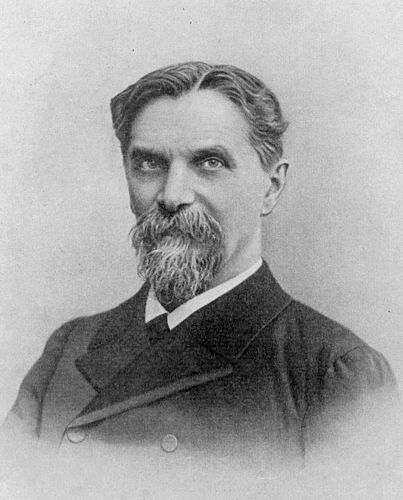 THIS PAGE IS STILL VERY INCOMPLETE.

IT WILL BE UPDATED, RE-STRUCTURED AND IMPROVED OVER TIME.

Timiriazev brought Darwinism to Russia and was a true communist and a true scientist. He was among the first ones to oppose social-darwinism and the reactionary malthusian aspects of vulgar darwinism.
The Life Of The Plant by K. A. Timiryazev

The Baltic Deputy (1936) A very good movie inspired by the life of Timiryazev.

Before the October Revolution Ivan Michurin lived in economic difficulties which hindered his scientific research. He still created countless new plant varieties and American corporations tried to hire him. However, he did not want to leave his homeland. After the revolution his scientific work began on a bigger scale. He developed a truly materialist concept of heredity and had a deep and creative understanding of Darwin’s discoveries. Afterwards he was attacked by the capitalists, aristocratic scientists and out-of-touch dogmatists.

Michurin (1948) A nice Soviet film about the life and career of I. V. Michurin. Click the CC button for subtitles.

Trofim Lysenko developed many scientific theories and concepts which became highly useful. His early research on vernalization and the theory of phasic development were recognized by the scientific community. Lysenko developed and applied the discoveries of Michurin. He opposed all idealism, dogmatism and separation of theory from practice. For Lysenko, practice was always the criterion of truth.

Lysenko came into conflict with snob-scientists who did not want to focus on real life problems. Lysenko came into conflict with the supporters of mendelian genetics (so-called ‘orthodox genetics’ invented by the Augustinian monk Gregor Mendel). For this reason Lysenko is attacked today. His critics claim that “Lysenko did not believe in genes”. However, this is a falsehood. Lysenko disagreed with the mendelists’ idealist definition of genes. For the mendelists, heredity (genes) were totally separate and isolated from the organism, they could not be influenced or altered by changes to the organism or to its living conditions. The genes were conceptualized as indestructible – even immortal – by mendelists such as August Weismann. Lysenko could not agree with these idealist, metaphysical and mystical notions.

For Lysenko, heredity was a more complicated interaction between the chromosomes and the DNA, the entire organism, and its environment. The heredity of an organism cannot be reduced to isolated genes, and these genes cannot be seen as unchanging. Lysenko produced significant discoveries. He helped reduce effects of plant-disease, contributed significantly to preventing famine during WWII, demonstrated the harmful effects of inbreeding in agriculture, combated social-darwinism and other distortions of darwinism.

Lysenko disagreed with the idea that animals evolve purely individualistically. He said that mutual aid of animals of the same species living in the same group or herd, is just as important (if not more important) then competition. Lysenko’s view was shared by the great Darwinist Timiriazev, but it is considered heretical by western “neo-darwinists”.

Lysenko also disagreed with the notion invented by western mendelist Thomas Morgan, that evolution and heredity are completely random. Lysenko said there must be reasons and laws governing evolution, mainly environmental factors, and heredity must also be influenced by the environment. Lysenko said that if heredity was completely random, we could never breed any plants or animals. His opinion was shared by Michurin who famously said: “We cannot simply wait for favors from nature, we have to wrest them from her”. Michurin meant that agriculturists must use scientific methods to breed new plants, instead of merely waiting for results from the supposedly random processes. For all these reasons Lysenko was attacked by his opponents.

Lysenko strongly opposed using western inbred corn, because it was unsuitable to Soviet conditions, unsustainable and risky. He was proven correct when Khrushchev’s attempt to use western inbred corn in the USSR failed completely. Western farming methods have been shown to be risky, prone to pests without constant use of massive amounts of poisons, and ecologically unsustainable.

Later I will write a full article about Lysenko (with sources) and debunk many of the myths about him.

Land In Bloom by V. Safonov (pdf) (archive) (An excellent and entertaining history of biological sciences from before Darwin to Soviet Science. Recommended reading)

“LYSENKO, VIEWS OF NATURE AND SOCIETY –
REDUCTIONIST BIOLOGY AS A KHRUSCHEVITE REVISIONIST WEAPON”
(book by Alliance ML. This book has a lot of good information and debunks many lies about Lysenko. It is one of the better books available on the topic. However, the book also makes many mistakes, relies on bad, unreliable capitalist sources, and in particular gets the section on Lepishinskaya entirely wrong – and only due to relying on bad sources!)

I.V. Michurin – the great transformer of nature by A. N. Bakharev (in Russian, but auto-translate works pretty well)

The philosophical significance of the theoretical legacy of I.V. Michurin by A. A. Rubashevsky (in Russian, but auto-translate works pretty well)

Works of Lysenko:
Agrobiology: essays on problems of genetics, plant breeding and seed growing
Soviet Biology: Report to the Lenin Academy of Agricultural Sciences (1948)
New Developments in the Science of Biological Species (1951)

O. Lepeshinskaya was a michurinist biologist who studied the development of cells. She demonstrated how cells developed during their lives, and how living matter organized itself.

Studitsky particularly studied regeneration and wound-healing. He applied michurinist teachings to his work and demonstrated their validity in practice: he successfully regenerated muscles from minced tissues, and managed to re-grow completely healthy avian bones from small fragments.

Studitsky’s achievements are impressive but they’ve been acknowledged even by modern-day capitalist researchers, for example:

A. Oparin was a biochemist who studied the origins of life from non-living matter.

V. Dokuchaev lived before the Soviet Union, however his work was continued by Soviet scientists. The weakening quality of soil in the Russian Empire and resulting famines inspired Dokuchaev to create modern Soil Science. He had to struggle against the Tsarist authorities. His work was continued and further developed by Soviet scientists, particularly Vasily R. Williams.

V. Vernadsky, one of the founders of geochemistry, biogeochemistry, and radiogeology. He invented the concept of the ecological biosphere (though he wasn’t the first to coin the word itself). He is most noted for his 1926 book The Biosphere and was awarded the Stalin Prize in 1943.

I. Pavlov was one of the founders of modern psychology, focusing particularly on classical conditioning. His study of physiology was also further developed for disease prevention and other medical purposes by Soviet scientists, for example Alexander Speransky (pathologist), Nikolay Nikolayevich Anichkov (pathologist) and Anatoliy Ivanov-Smolensky (Psychiatrist, pathophysiologist).

Biography of Ivan Pavlov
Selected works of Pavlov
Pavlov, Lectures on conditioned reflexes
Pavlov, Psychopathology and Psychiatry
Pavlov And His School on The Theory Of Conditioned Reflexes

In The World Of Soviet Science by Oleg Pisarzhevsky

The successes of Soviet science:

V. Venikov – Simulation of electrical systems.
V. Dogel – In the world of protozoa.
V. Orekhovich – Conversion of proteins into organisms
L. Masevich – The origin of Stars…
M. Nikolskaya – Insects against insects.
N. I. Nikitin – Lumber Chemistry.
A. Fedorov – In the new China by the paths of Michurin.
L. Solsviev – Increasing the fat content of milk.