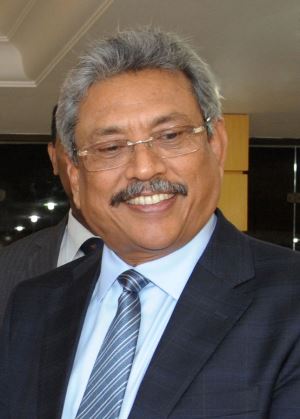 Thousands of teachers and students in Sri Lanka have been out every day on continuous protest action, defying the government and braving the Covid 19 pandemic. The latest spike in the Covid crisis is actually a direct result of the mishandling of the pandemic by the present regime.

A number of student leaders and other activists have been taken into custody in brutal night raids. It seems the government is hell-bent on intimidating youth and students into silence, and on continuing with the project of the regime to destroy or dismantle the free education system.

Sri Lanka’s teachers have a long history of struggle to maintain free-state education for all. The issue has been simmering since as long ago as 1997. In their present battle with the Gotabaya Rajapakse government, they are demanding nothing other than their due entitlements to be on a par with certain categories of public servants, as they were earlier.

The government is engaged in a new attempt at privatising and commercialising the free education system in the country which has been the envy even of developed countries. This time, in what is a very dangerous development, the military has been tasked with the process. If it is successful, it will lower the standard of education in the eyes of the whole world.

The ‘Kothalavala Defence University Bill’ would undermine free education by setting in motion a very negative process involving the actual militarisation of the education system. It would undermine the ultimate aim of education – to develop every child into a thinking and creative person. A budget of something like Rs.35 billion ($175m) has been set for the Kothalavala Defence University – more than the total budget allocation for state education!

Support is needed to demand the authorities urgently resolve this issue so that children can have the education they have been deprived of. We cannot accept the version of the authorities that the government does not have money to pay their salary arrears. The government has embarked on massive road construction projects and the beautification of towns – which are not the priority in the present situation – incurring billions of rupees. The teachers are not demanding the immediate payment of arrears; they are simply demanding concrete plans for resolving the issue.

Messages of support and protest are being asked for in response to the mounting public anger. The teachers’ demands, which are just in every aspect, must be implemented. Schemes and efforts to destroy the free education system must be abrogated and those arrested illegally must be immediately released.

The government must withdraw the Kothalavala Defence University Bill which is massively opposed by students, academics and people as a whole.

Please send letters of protest to:

Solidarity with the teachers of Sri Lanka

I am writing to send my international solidarity to the ongoing struggle of teacher trade unionists across Sri Lanka to end the injustices you face and the continuing failure to honour salary promises made over so many years.

Teachers in Britain also face attacks on our pay, with the Government imposing a pay freeze on our salaries for next year – in reality, a pay cut as prices rise. Like with you, Government Ministers seek to divide teachers from parents and students by blaming ‘political activists’ for leading struggles and suggesting that teachers do not care about the education of the young people we teach.

In reality, it is establishment politicians who, in opposing pay increases for teachers, show that they do not value education. As teacher trade unionists we know that in campaigning for our pay and conditions, we are also fighting for the learning conditions of our students.

Stand firm in your struggle,