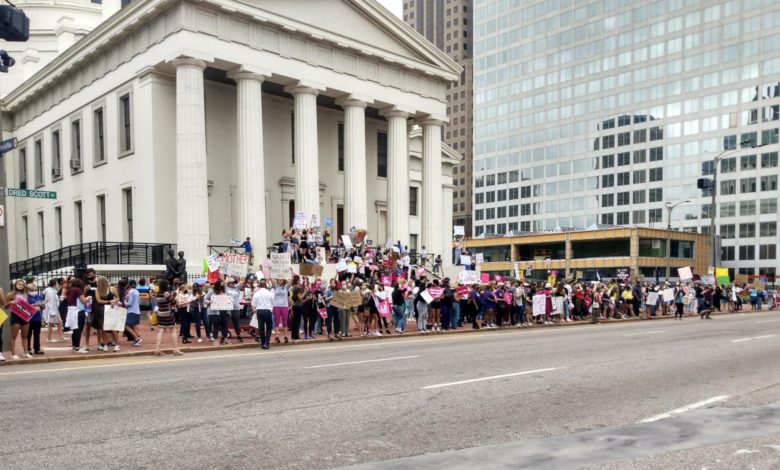 St. Louis held a powerful Stop the Ban rally on Oct. 2, with several hundred people turning out despite rain. There were many rousing speeches and chants which more than drowned out the small anti-choice rally which tried to counter-protest.

What was most telling and inspiring, was the distinct shift to the left and increasingly holistic perspective of the struggle. Along with Planned Parenthood and women’s rights groups, unions and political activists were in the lead. From the start of the speeches, the struggle for reproductive health was connected with Black, indigenous, anti-imperialist and workers’ struggles.

The MC of the rally, a local Latina democratic socialist, shared her own story of survival. In it she succinctly described the way capitalism needs to deprive women of control of their own bodies. She stressed that it is women who reproduce the working class by providing free social labor and having children at a rate which impoverishes them, while their labor and surplus value is exploited by the capitalists.

Local PSL activists distributed flyers and networked with several local political activists and candidates. Overall the rally was a small but important indicator of the developing socialist struggle in St. Louis and the United States generally.