Stand up to the warmongers 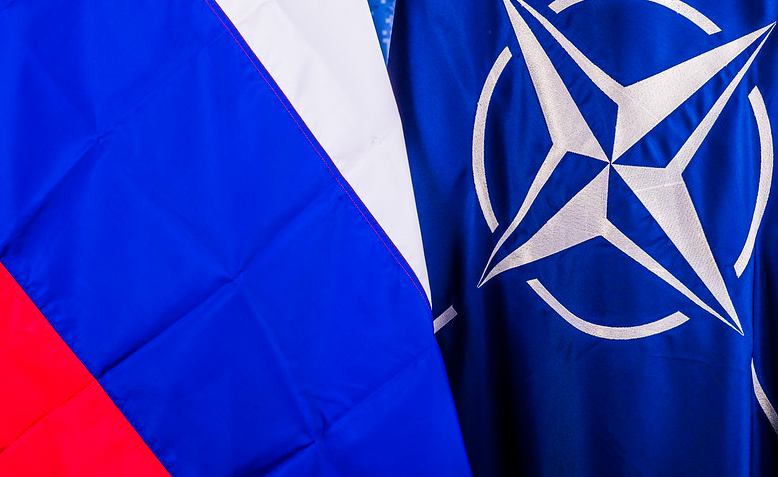 If we want to understand why the war is taking place, we need to ignore the propaganda, and consider the geopolitical context, argues Dragan Plavšić

Russia’s invasion of Ukraine is a war of imperial subjugation. Its brutality is only too familiar from the terrible wars in Iraq and Afghanistan.

We must condemn it, demanding a ceasefire and Russia’s withdrawal. We must also demand that the UK welcomes refugees with the open arms it has so often shamefully folded, most recently to fleeing Syrians and Afghans.

But we can’t leave things there.

To do so would leave the field open to militarists who will only add fuel to the fire by pouring arms into Ukraine. In the first week of the war, the US and NATO supplied Kyiv with 17,000 anti-tank weapons. Or else we leave it open to militarists whose irresponsible calls for a no-fly zone mean war between the US and Russia and the existential threat of nuclear catastrophe.

Understandable though calls to ‘do something’ are, it’s crucial we reject the glib assumption too often made that ‘doing something’ means waging war or escalating it. It doesn’t.

On the contrary, ‘doing something’ means taking the anti-war road of agitating for de-escalation and a political resolution of the conflict by addressing its causes. This means seeing the war in its wider geopolitical context where its deep causes lurk.

In Ukraine’s case, the expansion of NATO eastwards to the borders of Russia looms very large as a cause, even if its salience is routinely sidelined or ignored by a media only too eager to reflect UK and NATO priorities.

Nevertheless, it’s indisputable that NATO has recruited 14 new member states in eastern Europe since 1999. To seal its expansionist drive that year, Nato also bombed Serbia for 78 days, waging an illegal war of aggression ‘in Europe’ two decades before Russia launched its own illegal war of aggression ‘in Europe’. Far from being defensive, NATO’s goal has been the offensive encirclement of Russia.

Here Ukraine is key, which is why it’s long been in US and NATO sights. In 1995, Clinton’s Secretary of State, Warren Christopher, described it as a ‘lynch-pin’ of western ‘security’ given its strategic location between Russia and the Black Sea. In 2014, Ukraine’s pro-Russian President was overthrown with US backing, directly prompting Putin’s annexation of Crimea. And in 2019, the goal of joining NATO was even enshrined in Ukraine’s constitution.

After two decades of expansion, NATO is now positioned to recruit Ukraine as a new, strategically threatening member on Russia’s very doorstep. To draw an inverse parallel, imagine Russia seeking to recruit Ireland to its military alliance having already recruited most of Western Europe to it. The fear and paranoia in London and Washington would be acute.

This prospect of Ukraine discarding its neutrality for NATO membership has been pulling Russians and Ukrainians apart for years, leading to civil war in Ukraine and the steadily mounting threat of direct Russian military intervention.

Yet in the face of these escalating dangers, the US, UK and NATO have repeatedly refused to rule out Nato membership for Ukraine. For the sake of peace, they could have ruled it out. But for the sake of their naked imperial ambitions, they chose not to.

The war must therefore be viewed as a pre-emptive act of brutal aggression by a weaker imperialism (Russia) as it seeks to halt its threatening encirclement by a stronger imperialism (US/NATO) at Ukraine’s gates.

To say all this is, of course, not to excuse Russia, as some allege. To explain is not at all to excuse, an elementary distinction we shouldn’t forget. But certainly to say all this means challenging the false impression of NATO as the innocent bystander. On the contrary, it’s had a leading role in the geopolitical tragedy that has now unfolded into war.

Most importantly of all, saying all this allows us to clarify what stopping the war by political means must now entail. As things stand, the reality is that Russia’s withdrawal is most likely to be secured not by military means, but by the US and UK agreeing to Ukraine being neutral outside NATO, like Finland.

But a good idea is only as good as the political forces behind it. The role of the anti-war movement in the UK and around the world, not least in Russia, could scarcely be more critical.

Russian anti-war activists have been demanding Russia’s withdrawal from Ukraine. We must endorse and echo this.

But it’s crucial we also raise our demand that NATO expansion stops, as this is how Russia’s withdrawal is most likely to be secured.

In this way we can build an international anti-war movement that makes a difference now and in the future.

Warmongers Whipping Up a Dangerous Situation in Ukraine

Starmer smears Stop the War to side with the warmongers

We have to stand on our ground, the best ground from which to reach the stars: The Forty-Eighth Newsletter (2021)

What Does America Stand to Gain by Surrounding Russia with Missiles?

Britain: Starmer, the left, and the war – time to make a stand