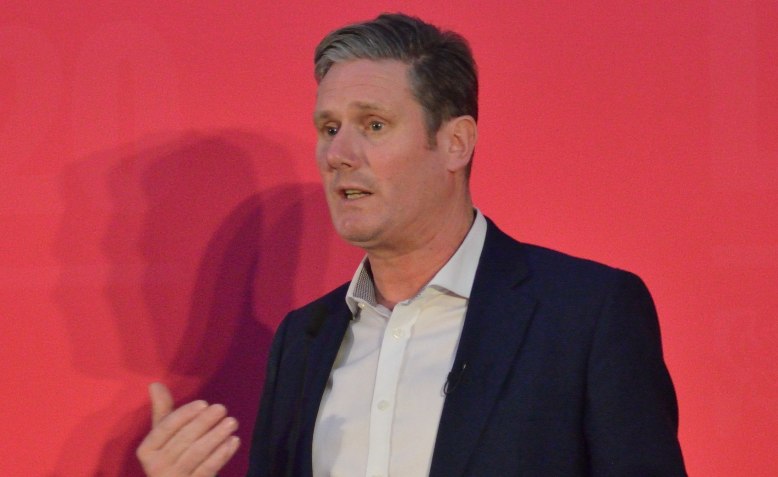 Labour’s conference has been a battleground between the leadership and the members in a fight for the direction of the party, describes Terina Hine

Whatever Starmer and his team wanted from this year’s Labour conference it was probably not what they got. Elected as leader during the pandemic, this was Starmer’s chance to show the country who he is and what Labour stands for. Instead most of the country is too preoccupied with the fuel crisis to notice Labour, and those who do are astonished that at this critical time the leadership spends more energy and passion fighting its own members than it does fighting the charlatans in government.

Admittedly, it was hardly Sir Keir’s fault that the country has gone into meltdown just as the conference began on Saturday – but to ignore the national crisis and stick rigidly to an obsession with internal rule changes was a stupid own goal. The media reports were blistering. Even puppet master Mandelson must be disappointed.

We heard nothing about collapsing energy companies, queues at petrol pumps and the country grinding to a halt. But while the leadership remained devoid of policy members and affiliates stepped forward.

Only hours after Conference passed a vote supporting public ownership on Sunday, Shadow Chancellor Rachel Reeves declared on BBC News that “this is not the moment to be looking at nationalising companies.” Really? If not now, when?

Monday saw Conference overwhelmingly back two international motions in direct opposition to the leader and his shadow team. The passing of the Palestine motion, put forward by Young Labour marks the first time a major British political party has backed the UN definition of Israel as an apartheid state, and came moments after Shadow Foreign Secretary failed to even mention the Israeli occupation in her key note address.

The motion passed despite Young Labour being told it was too confrontational to be proposed and despite the leadership’s attempt to ban the Palestinian Solidarity Campaign from speaking at conference events.

Equally embarrassing for the Starmer-Nandy team was success of the Aukus emergency resolution. Proposed by Labour CND it warned the new alliance between Australia, the US and UK represents a “dangerous move that will undermine world peace”. The resolution was overwhelmingly supported in direct opposition to the leadership’s stance.

And then of course there was the resignation of Frontbencher Andy McDonald on Monday evening – plunging Conference into turmoil and resulting in accusations of deliberate sabotage.

The now ex-Shadow Secretary for Employment told Starmer, in his much tweeted resignation letter, that “after eighteen months of your leadership, our movement is more divided than ever and the pledges that you made to the membership are not being honoured”.

As a party set up to represent working people, Labour is failing badly – that McDonald found his position untenable and had to resign because the party leaders could not champion a £15 minimum wage and liveable sick pay is a betrayal of its roots and of the people it should represent. Conference however is expected to pass the £15 increase.

With the dominoes set in motion, the conference shambles continued on Wednesday as the Bakers Union, BFAWU, disaffiliated from the Party. In a statement, Sarah Woolley, the union’s general secretary, said she was concerned “how far the Labour party has travelled away from the aims and hopes of working class organisations like ours … We have a real crisis in the country and instead of leadership, the party’s leader chooses to divide the trade unions and the membership.”

The BFAWU has been affiliated to Labour for 119 years – the decision to disaffiliated was taken at a vote by delegates who predominantly live in ‘Red Wall’ seats.

Tuesday’s big conference set-speech was on law and order – in which the Shadow Home Secretary accused the Tories of defunding the police and unashamedly reclaimed New Labour’s soundbite, criticising Priti Patel as being  soft on crime, soft on the causes of crime”. You could’t make it up!

The gulf in Labour between the leadership and many of its members and its trade union base is clear. In direct contrast to the Corbyn era, where left MPs were isolated in the parliamentary party but in sync with the membership, the new team at the top disregards members and party democracy in equal measure and are happier closeted in the Palace of Westminster than in their own conference hall.

Keir Starmer’s decision to focus his first conference on internal factional battles to ensure a right-wing successor may return to haunt him. The week has shown that members will step into the policy void and even normally supportive MPs will turn away in embarrassment as their leader proves too weak to win even self-imposed battles. Perhaps Starmer is grateful that the media glare was on the petrol pumps and not his first conference after all.