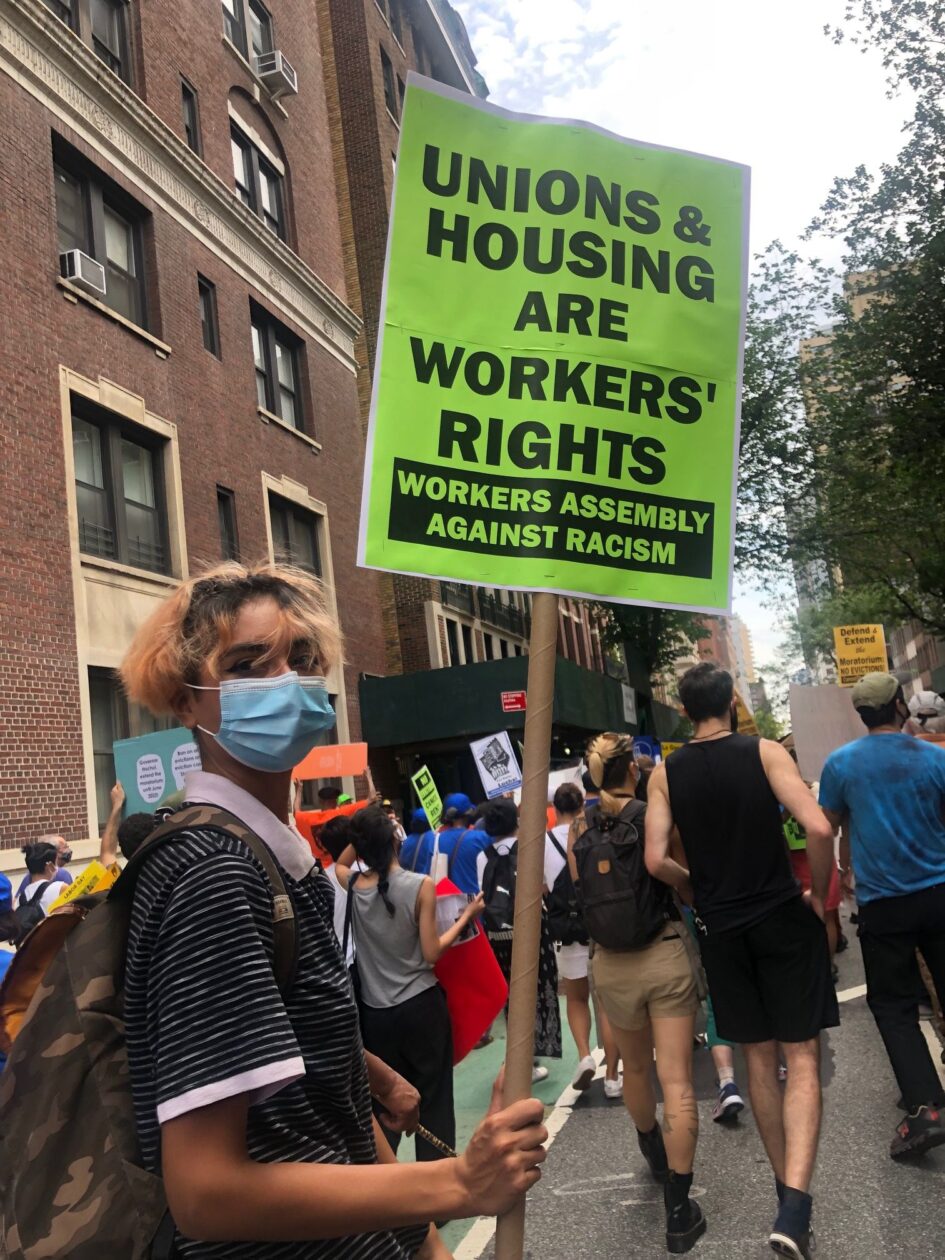 For anyone struggling to pay their rent and worried about eviction, the past few weeks have been an emotional roller coaster. The moratorium on evictions instituted by the Centers for Disease Control and Prevention expired Aug. 1. Some relief was afforded when the CDC extended it for another two months. The CDC’s action was based on medical science: the very real danger of COVID spread if evicted families had to move into houseless shelters or board with extended family members or friends.

But the Supreme Court of the United States ruled Aug. 26, by a 6-3 majority, “that the CDC has exceeded its authority,” and the eviction moratorium was no longer enforceable. (supremecourt.gov)

This exposes the real character of the highest court in the land: pro-landlord, anti-worker and anti-poor.

Congressional Rep. Cori Bush rightly stated after the court ruling, “We already know who is going to bear the brunt of this disastrous decision — Black and Brown communities, and especially Black women.” (The Nation, Aug. 27) People with disabilities, immigrants, LGBTQ2S+ people and other oppressed groups will also suffer disproportionately.

The SCOTUS ruling will not affect city, county or statewide moratoriums. But only six states currently have eviction moratoriums, all but one of which are due to expire on or before Sept. 30. States with nothing in place to address the impending housing crisis certainly are partially to blame for it.

Evictions will be a big problem in the U.S. South, where “fast-track” evictions are a scourge. Millions of Southerners could find themselves on the street.

Detroit was targeted by racist, avaricious banksters who took people’s homes away, turning a city of homeowners into a city of renters. Now many of these renters face eviction.

Where the power lies

The plaintiffs who filed suit against the CDC moratorium — real estate tycoons and big landlords led by the Alabama Association of Realtors — have deep pockets.

The estimated 10 million renters, who could now potentially become homeless, do not.

This gross imbalance of economic power — not legal technicalities around the CDC’s authority — is what pushed the high court to deny renters the basic human right to affordable housing, here in this so-called “great democracy.” (The CDC moratorium did not protect homeowners behind in mortgage payments from foreclosure.)

As even this rotten court ruling acknowledges, Congress has the power to extend the eviction moratorium. But these capitalist politicians went on summer recess before taking action. They have done nothing to make the $47 billion in the latest “stimulus” bill earmarked for renter assistance more accessible — only $5 billion of it has been utilized.

President Joe Biden could extend the moratorium by executive order. It’s the sort of thing President Franklin D. Roosevelt often did, when the courts ruled against provisions of his New Deal. Biden would rather spend his time saber-rattling and threatening China.

The working class must use its power to keep people in their homes.

The Unemployed Councils in the 1930s, led by the Communist Party USA, were mass organizations that forcibly blocked countless evictions. When a family was evicted and their belongings hauled to the curb, the Council would come and carry their possessions back into their home. Confrontational tactics also stopped farm foreclosures in this period.

In response to these militant struggles, moratoriums on foreclosures were enacted by 27 states. The Minnesota Mortgage Moratorium Act was upheld by SCOTUS in 1934 — not because the high court was progressive, but because it felt the mass pressure. That was a year of fierce class battles, including the famous San Francisco and Minneapolis General Strikes.

Labor must do more than make demands

The threat of eviction is definitely a labor issue. The family in fear of houselessness could be that of a striking coal miner in Alabama or a striking nurse in Massachusetts.

Also consider the issue that is propelling union drives at Amazon — dangerous working conditions. An injured or COVID-afflicted Bessemer Amazon employee, now unable to work, could easily fall behind in their rent. Real estate barons from their own state led the suit against the CDC moratorium!

In its document “Priorities of the Labor Movement to Address the Coronavirus,” the AFL-CIO presents a long list of progressive demands including, “Issue a moratorium on foreclosures, evictions and student loan defaults.” That is the right demand.

But what is the AFL-CIO prepared to do to win this? There is no strategy!

They might start by looking at the example set by some Detroit locals of the United Auto Workers, who have been assisting local groups in eviction defense for a number of years. What if the whole labor movement was given a directive:  Mobilize to block evictions!

And how about a call for a general strike to demand the eviction moratorium be extended indefinitely and be expanded to cover all renters and homeowners in financial distress?

There is a housing crisis across the country, driven by skyrocketing rents and stagnant or falling wages, with millions of wage-earners still out of work.

Down with landlords and bankers — and their stooges in the Supreme Court! Not one more eviction! Housing is a human right!