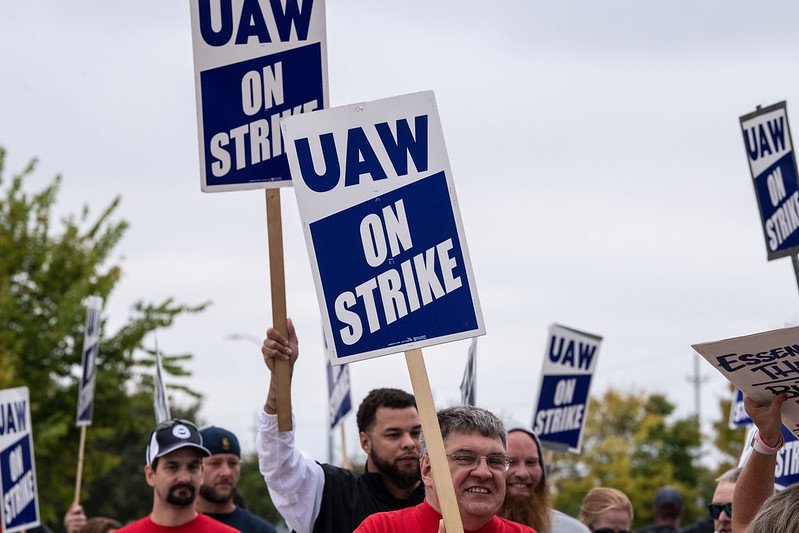 One of the most significant gains by United Auto Workers members at John Deere as a result of their five-week strike against this multinational corporation was the restoration of quarterly cost of living adjustments (COLA) to their wages. COLA means that in addition to any increases in their base wages, the workers receive a quarterly adjustment to their wages to keep up with price rises caused by inflation.

The Consumer Price Index as of October 2021 projected an annual price inflation rate of 6.22%. The Philadelphia Federal Reserve Bank is projecting inflation from 2.5% to 4% in 2022. Most projections seem to be for inflation to be considerably above the extremely low inflation rates that prevailed for a number of years after the federal government bank bailout in 2008.

COLA had been removed from the John Deere-UAW contract in the concessionary agreement of 2015. The restoration of COLA had not been included in the original tentative agreement between the company and UAW leadership in October, which was rejected by a 90% vote of the rank and file. But after walking out and striking from October 14 to November 17, the workers forced the company to back down and restore COLA to their contract.

Why COLA is so important

The UAW was a pioneer in negotiating cost-of-living clauses in their contracts with the auto companies beginning as far back as 1950, when Walter Reuther negotiated what was termed the “Treaty of Detroit.” COLA was particularly effective in protecting workers’ wages during periods of high inflation.

Meanwhile, high inflation caused millions of other workers around the country to lose ground during that time. Plant closings due to deindustrialization were rampant, a vicious union-busting assault was led by then-President Ronald Reagan against the Professional Air Traffic Controllers Organization and steep cuts in social services spending caused living standards to be lowered even further for millions of workers around the country.

At one point, in 1976, 61% of private sector union workers enjoyed COLA in their collective bargaining agreements. By 1995, that percentage decreased to just 22%. Public sector workers were even more affected by the cutback frenzy as social programs continued to be gutted by the federal government and the banks and financial institutions imposed austerity on cities across the United States.

With a downturn in the auto industry and General Motors facing bankruptcy, and with pressure from the federal government led by then-Vice President Joe Biden, the UAW entered into concessionary contracts with GM, Ford and Chrysler in 2007 and 2009. These contracts eliminated the cost of living adjustment as well as the jobs bank, which guaranteed jobs during production downturns, and reduced supplemental unemployment benefits. The UAW leadership also embraced the companies’ two- and three-tier wage scales for new hires, paying them lower wages and reduced or no pensions, which was also successfully challenged in the John Deere strike.

Today, GM, Ford and Chrysler workers, as well as workers in every industry and sector, are all seeing their wages severely decreased by high inflation, which amounts to a de facto wage cut.

But the tide is turning. Workers are showing a determination to fight back and win. The willingness of the John Deere workers to strike for five weeks after they turned down a tentative deal led to a victory where they won back cost-of-living protection against inflation and curbed some of the divisive two- and three-tier treatment of workers.

The workers’ answer to inflation, which is caused by the bosses in their quest to increase profit margins, is that they receive cost of living increases on their wages so they are not made to pay for corporate greed. This important demand should be raised in every collective bargaining agreement and also be applied to the federal minimum wage and every social benefit needed for workers and oppressed people to survive.