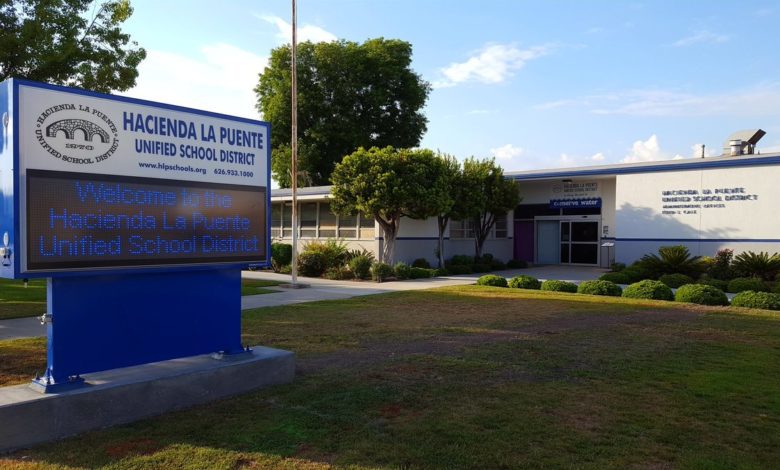 A former student of Hacienda La Puente Unified School District (HLPUSD) in the San Gabriel Valley (SGV), Los Angeles County, is speaking out against anti-LGBTQ bullying they and others faced for identifying as gay or trans.

Nico, a gay student who recently graduated from Workman High school, sat down with Liberation News to talk about the pain he and others have been put through. Nico described bullying that began when he came out in middle school and got progressively worse when he was in high school. He recounted physical abuse in locker rooms as well as the lack of support from school staff. He was told to “suck it up because this is what it is like to live as a gay person.”

Nico also recalled the worst of the bullying — when he was hospitalized after getting knocked out by a school bully. Nico received zero support from school staff despite filing numerous complaints. The school staff was forced to react when Nico threatened suicide. Even then their response was wholly inadequate–merely getting the bully to write an apology letter.

Other LGBTQ students in Nico’s school and in other schools in the district, such as Los Altos and Wilson, have been subjected to bullying and physical violence. Nico told stories of other LGBTQ students being bullied and constantly made fun of in his school, and in nearby schools. For example, a video was made of a student getting beaten up.

Nico shared that since he spoke up against these abuses, other students have reached out to him for help. “I told them to know their rights and if their rights are violated, then that’s when you just keep on filing complaints. Because there’s not really much I can do because I’m not really a person in power, but I will definitely try to do as much as I can. I’ll try to go beyond for them.”

Despite contacting the school district through emails and attending Board meetings, Nico never received any answers or justice against the bullies and the lack of action against bullying from school staff. Although Nico received support from HLPUSD Board of Education member Stephanie Serrano and other board members, Nico states of the board of a whole,“They pretty much know what’s going on, but nothing’s really being done.”

There are actually anti-bullying laws such as Seths Law and the Anti-Bullying Act on the books to protect students in California. Most importantly, Title IX, a reform won by the radical feminist movement of the 1960s and 70s, protects students from discrimination on the basis of sex, including sexual orientation and gender identity as stated in section 422.6 in the California Penal Code. But these lars are not being enforced. This makes it especially outrageous that HLPUSD does almost nothing to protect LGBTQ students in its district as they continue to be disrespected and harmed.

To change the harmful culture of bullying and targeting LGBTQ students, Nico is demanding accountability from the school district by employing a Title IX officer, enforcing existing state anti-bullying laws, and implementing a school curriculum on LGBTQ history. Nico shares, “The main thing I see is more like ignorance within the bullies. I don’t think that they are hateful at heart. I just think they don’t really know. I had a bully actually come up to me and was like ‘I understand now and I’m so sorry.’”

The rights of LGBTQ people were fought through struggle in the streets and that’s what the St. Gabriel Valley’s LGBTQ community aims to do. The community is preparing to protest against the district on Oct. 8 at 3:20 p.m. in front of the HLPUSD building in Hacienda Heights.