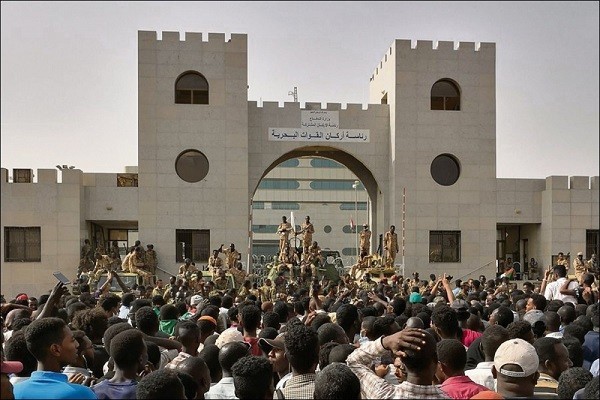 The Sudanese military regime is facing massive resistance. Faced with the threat of a renewed military dictatorship, across the country millions have protested and gone on strike, most recently a two-day general strike that stopped the country. It is nearly four years since the start of the revolution which, after many casualties, overthrew al-Bashir’s dictatorial rule and most Sudanese do not want a new dictatorship.

The Neighbourhood Resistance Committees which emerged during the 2019 revolution has been central in organising the current protests. Despite an almost total shutdown of mobile phones and the internet plus a heavy deployment of security forces, activists handed out leaflets and went door to door to mobilise support for protests.

The speed, scale and determination of the opposition to the coup and the willingness to confront the military are all signs of the movement’s potential not just to defeat the generals but to go on to complete the revolution. However, bravery and determination are not enough to secure victory.

Events in Myanmar since February’s military coup there provide important lessons that mass protests and even strikes do not automatically bring down dictatorships. If a dictatorship’s repressive forces do not split then its downfall is linked to the opposition building its own strength and organisation, consciously trying to split the military, paramilitary and police rank and file, and preparing for an uprising to overthrow the regime.

The coup took place at a time when the civilian component of the joint military-civilian transitional government was losing support, especially because of its implementation of International Monetary Fund demands to cut food and fuel subsidies. The generals saw this as an opportunity to restore their full control and sponsored demonstrations calling for the removal of what was called the “hunger government” and its replacement by a fully military regime.

This coup threat led to massive anti-military protests with slogans, “Either civil power or eternal revolution” and “All power should be in the hands of the people”.

Faced with this mounting opposition to their government role, the military tops decided to act and rapidly staged their coup. But this did not cower the movement, nor did the use of force, which, at the time of writing, has resulted in at least 15 deaths and hundreds of injured protesters.

The main imperialist powers, terrified of where this opposition can go, are currently using the United Nations to propose that the deposed prime minister Hamdok is brought back to head a government of technocrats with the military taking more of a background role.

However, while ending direct military rule, this would be an attempt to undemocratically install another pro-capitalist government while keeping the basic structure of the military and capitalism intact. Although this may result in the temporary restoration of some democratic rights, it would not be a fundamental solution in the interests of the mass of Sudanese which capitalism cannot provide.

Since the beginning of the revolution, the Committee for a Workers’ International has warned that the lesson of all modern revolutions is that workers and urban and rural poor cannot place any trust in a pro-capitalist government.

The linking up of the Neighbourhood Resistance Committees and other such bodies could, potentially, lead to a movement that sweeps away military rule and the whole rotten system. The masses want change. The challenge for socialists is to win support for the idea that this is only possible with a government based on the working class and poor. Such a government, defending democratic rights while nationalising the key sectors of the economy under workers’ control and management, would begin to really liberate the Sudanese people while setting an example both for Africa and the Middle East.