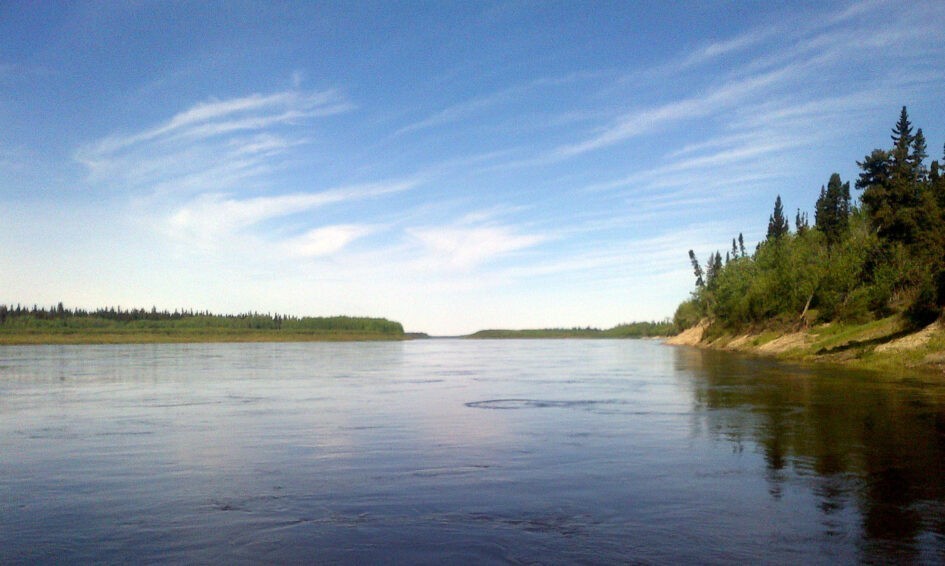 Mining companies have their eyes set on developing the so-called “Ring of Fire,” a complex of mineral deposits in the remote James Bay Lowlands of northern Ontario. Already, the federal government is reviewing proposals to build access roads and the Ontario government is granting permits for mineral exploration – ignoring calls from several First Nations for a moratorium on all mining-related permitting and development until protection plans are in place for the region’s sensitive wetlands and watersheds, and until access to clean water, housing, and health services have been secured for all communities neighbouring the proposed development.

Under pressure from First Nations and environmental organisations, the federal government initiated a “Regional Assessment of the Ring of Fire Area” to evaluate the impacts that mining-driven development could have on the region. All have called for the process to be co-designed and co-led by the First Nations, as contemplated by the new federal Impact Assessment Act and in accordance with the Treaties and the United Nations Declaration on the Rights of Indigenous Peoples, which Canada has signed on to and which Parliament has committed to implement.

Despite assuring First Nations that they would have meaningful involvement at all stages of the assessment, including planning, Canada has initiated the process by negotiating draft Terms of Reference with Ontario alone. The proposed text contemplates a regional assessment that is carried out by those two jurisdictions with no Indigenous partnership at all. Instead, Indigenous peoples are to be invited to share their living knowledge of their homeland in a process they have no say in.

The Chiefs of Neskantaga, Eabametoong, Fort Albany, Kashechewan and Attawapiskat First Nations have called on federal Environment and Climate Change Minister Steven Guilbeault to retract the draft Terms of Reference, which they say are “so broken they cannot be fixed,” and to restart the process with a commitment to a process that is “mutually and equally co-developed and co-led and co-enforced” by the First Nations.

Support First Nations in calling on Minister Guilbeault to retract the draft Terms of Reference for the Ring of Fire Regional Assessment and restart the process with First Nations as full partners in a co-designed process.

Mining companies have promoted the region’s “vast” deposits of chromite, nickel, copper and platinum for years while downplaying the fact that the complex engineering of a road into one of the most sensitive ecosystems on the planet will require a public subsidy of more than $1 billion. But for the Indigenous caretakers of the land, the stakes are much higher: their ability to continue to govern, perform ceremony, and derive sustenance from the lands and waters as guaranteed in Treaty 9.

The Ring of Fire is located within Ontario’s vast boreal lowlands, called the Breathing Lands by the First Nations because of the circulation systems of the landscape itself. The landscape is an expanse of rich muskeg and peat bogs, dotted with black spruce, jack pine, and white birch. It is home to such iconic boreal creatures such as caribou, lake sturgeon, and wolverines. It is possibly the largest intact boreal forest remaining in the world, a globally significant wetland, one of the world’s greatest carbon storehouses, and it is a landscape that has sustained the lifeways of Anishinaabe and Anishini peoples since time immemorial.

“As the caretakers of this part of the Earth where the Creator put us, we have a profound and sacred duty to ensure that this part of the Earth is not so wounded from Ring of Fire development that it can longer support our relations and ways of life, or help protect the world from catastrophic climate change; as the James Bay lowlands stand as one of the last and most important bastions of defence against climate collapse.”

The First Nations are calling for “Indigenous leadership of a robust investigation and decision making process for what can and should happen with the Breathing Lands, including the Ring of Fire.”

Ask Minister Guilbeault to act now to rectify this situation: retract the draft Terms of Reference and restart the process with a commitment to a process that is mutually and equally co-developed, co-led, and co-enforced by First Nations.

An Arkansas jail tested ivermectin ‘treatment’ on detainees without their consent

BC forestry plan is lose-lose for Indigenous nations, forestry workers and the planet

US vs. China in Laos: Two Nations, two approaches, one obvious difference

The wealth of nations