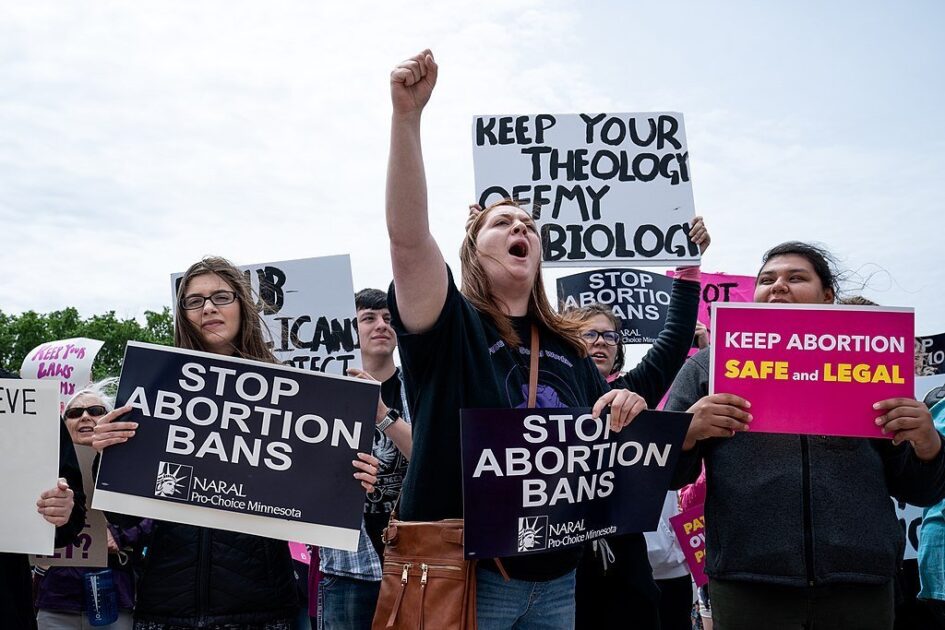 Reprinted from Breaking the Chains magazine.

On January 20, the Supreme Court of the United States refused abortion providers’ request to send Texas’ SB 8 to the district court, and allowed the bill to stand for a fourth time. Despite multiple attempts by abortion providers and advocates to have SCOTUS weigh in on the unconstitutionality of SB 8, the decision has been kicked down to the lower courts over and over. The Supreme Court has allowed the far-right leaning Fifth Circuit Court of Appeals to bar millions of women from accessing basic healthcare for nearly four months, and now will do so indefinitely. Make no mistake—the Supreme Court is directly responsible for leaving SB 8 in place.

The legal battle to block Texas SB 8 has been underway since its passage and has bounced around from one court to the next. And since September 1, abortion has been effectively banned in Texas. The Supreme Court failed to halt SB 8 for the first time, just 24 hours after the bill went into effect, and right away created extremely dire conditions for people seeking abortions. Abortion providers in Texas have reported a 50% drop in the number of abortions performed in the first month alone as compared to the previous September. One abortion fund group, Fund Texas Choice, reports that nearly 100 percent of its clients are traveling out of state for abortion care. Another organization, Frontera Fund, reports that the average number of miles a client must travel round-trip has jumped to 849 miles, or 11-fold. This data is a clear indication of the immediate effects SB 8 has had on working families. Blocking abortion access has meant that routine reproductive care has been swept away for so many, creating undue and unjust barriers to normal care.

Clinics in states that border Texas have seen a massive influx of patients from Texas, resulting in weeks-long wait times for all patients since SB 8 became law. This has created a domino effect of patients in those bordering states also seeking care in other places. Reports from states as far away as Alabama, Illinois, Kansas, Maryland, and Washington have also indicated seeing patients from Texas.

While working class Texans suffered, the Supreme Court finally agreed to hear oral arguments on SB 8 in October, citing the “serious questions regarding the unconstitutionality of the law.” Yet, they denied advocates’ second attempt to block the draconian law. Pregnant patients were still banned from getting an abortion in Texas after 6-weeks, still had to travel if they could raise the funds, take the time off work, and find the necessary child-care in order to make that trip.

The Supreme Court ruled on December 10 that a lawsuit filed by abortion providers can partially go forward against a group of state medical licensing officials, but notably the case cannot be brought against the state-court judges and clerks, who the providers had also tried to sue. As a result of this ruling, the case, known as Whole Woman’s Health v Jackson, returned to the Fifth Circuit Court of Appeals, considered the most conservative court of all twelve circuit courts.

Texas immediately sought certification from the Texas Supreme Court, a tactic that delays proceedings while leaving the bill intact. This means that the state Supreme Court asked a panel on the far-right Fifth Circuit to review the case before any federal litigation can continue, all the while leaving women who need routine care out to dry. Awaiting this decision from the Texas Supreme Court could take months, and clinics will remain shut or offer limited services all the while.

With a time-sensitive matter like abortion, every delay is a step backwards. For nearly five decades, Roe v Wade has been hacked away at, revealing the callousness of the capitalist class. Neither Republicans or Democrats have any regard for the lives of working and poor women and children, and the communities to which they belong.

The Supreme Court is wasting precious time that pregnant women do not have. The reality of these delays is that unwanted pregnancies are being carried out, creating a chain of forced pregnancy, birth, and ultimately care for that child, during a time when homelessness and poverty are on the rise. The social, human, and material impact of forcing mothers to carry unwanted pregnancies cannot be neatly summarized, but it should suffice to state that mother, child, and community suffer needlessly in these situations.

It is our duty to fight for our rights to abortion access, and it is our duty to win! We can regenerate the movement for reproductive justice by calling for actions in our cities, putting pressure on our elected officials, and making uncompromising demands, like the demand to pass the Women’s Health Protection Act. Now is the time for a grassroots movement to struggle for this victory and to legalize abortion, once and for all.

Other articles of interest:

FDA allows abortion pills by mail and through telehealth

How the struggle for abortion rights began

Texas’ abortion ban is having a ‘domino effect’ on clinics across the U.S.