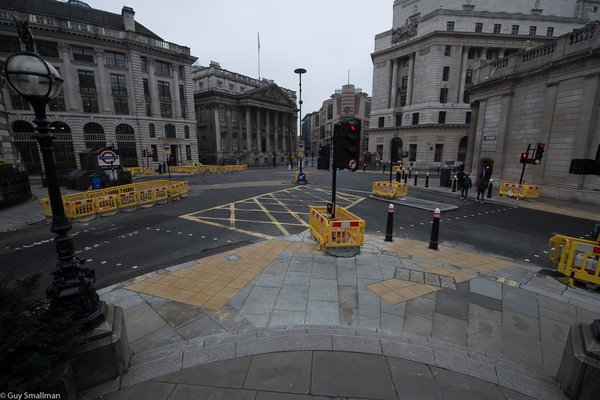 The Bank of England warned earlier this summer that CPI inflation could rise to 4 percent by the end of the year (Pic: Guy Smallman)

Workers’ living standards have taken another hammering after inflation rose at its fastest recorded rate for at least a quarter of a century last month.

The British government prefers the CPI rate because it excludes housing costs and therefore minimises price rises. This is important when it comes to issues such as uprating benefits.

But the Retail Prices Index (RPI) includes some housing costs, meaning it paints a better picture of how much ordinary people pay for goods and services. The RPI rate hit 4.8 percent in August.

This all underlines the need for unions to lead a fight for higher pay.

Price rises are already hitting working class people in the pocket with increasing food and transport costs behind behind the surge. Petrol prices rose to their highest since September 2013.

More could be coming.

Gas and electricity bills are set to increase sharply this autumn. VAT tax will rise back to 12.5 per cent for the hospitality sector at the end of this month and food and clothing prices are also expected to jump in the autumn.

And the Bank of England warned earlier this summer that CPI inflation could rise to 4 percent by the end of the year.

Rehana Azam, GMB union national secretary, said, “The cost of food, of rent, of basic day to day living is the highest it’s been for ten years.

“Yet the government persists with pushing forward a real terms pay cut for public sector workers.

“Their cruel agenda is taking food from the mouths of our carers, our NHS workers, our school staff and our council workers.”

She added, “After the pandemic and a disastrous decade of cuts workers should be rewarded with a proper pay rise—not more slashed wages.

“Any recovery needs pay to not only beat the cost of living but also start restoring what’s been lost over the last ten years.”

Many workers have suffered substantial pay cuts in “real terms”—adjusted for inflation—since the beginning of the financial crash in 2008. Unions shouldn’t accept any below-inflation pay offers and demand money to make up for the losses.

A time of labour shortages is a good time to screw the employers.

Bosses fear that workers will react to the higher cost of living by demanding substantial increases in pay.

It will take a fight against the Tories and big business to win pay rise.

And that means the union leaders must organise resistance—crucially strikes—and be willing to defy the Tories’ anti-union laws.