Sutton Community Farm and the politics of community agriculture 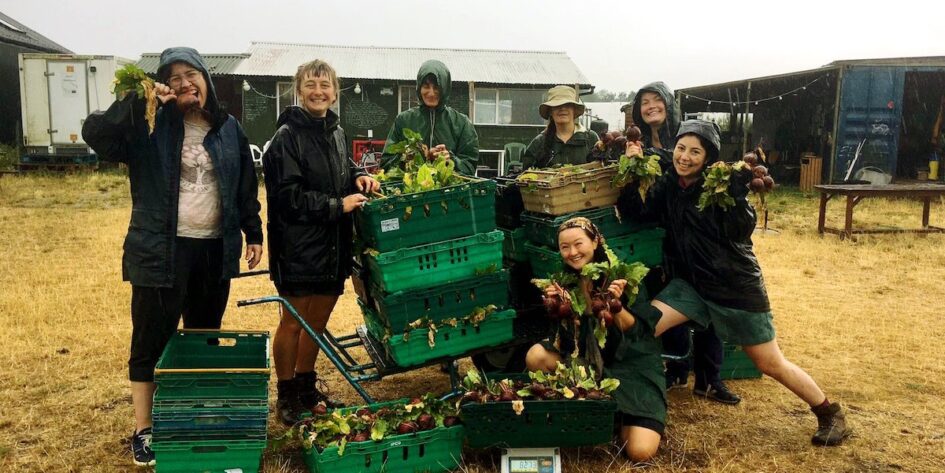 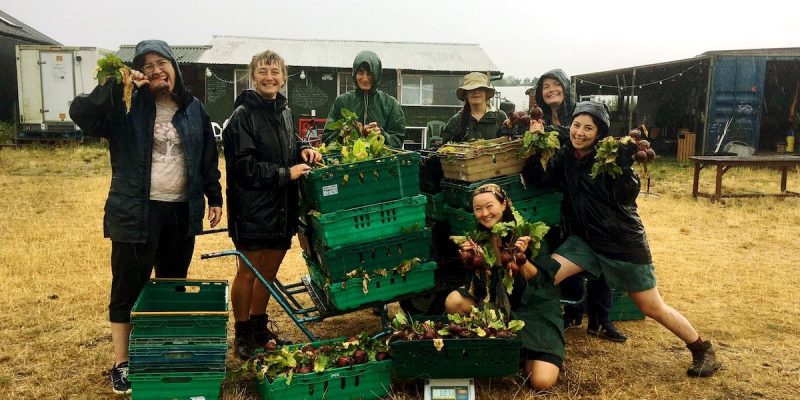 The UK farming sector is in the middle of an existential crisis. As a consequence of leaving the EU’s Common Agricultural Policy, the Conservative government has had to draft a new agricultural support scheme to either match or replace the direct payments received by UK farmers from the EU.

What will replace this scheme has been the subject of heated debate for years. Most probable is the Environmental Land Management Scheme (ELMS). ELMS would offer ‘public money for public good’, meaning that farmers would receive payments if they could prove their farm was engaging in beneficial environmental practice, such as rewilding a section of their land.

The scheme has its detractors across the political spectrum, yet to-ELMS-or-not-to-ELMS is a sideshow for much of the British public. Long-term planning is essential in agriculture, but countless people across the country are going hungry every day because of soaring food costs. This trend will continue as the winter proceeds and ELMS will not solve the issue. People need food now, food that is locally available, affordable, nutritional, and culturally appropriate. Where will the political drive come from to meet this need?

Sutton Community Farm: a model of the future?

On the periphery of south London, three miles from Croydon, lies the seven-acre site for Sutton Community Farm (SCF).

Founded in 2010, SCF is run as a community benefit society, a type of co-operative, whereby the farm business is owned by roughly 400 members of the public and counting. The plot is leased from the local council in 15-year blocks. Community farms are touted by some as part of the answer to growing national food insecurity, a model of farming that can simultaneously rebuild domestic food supply while regenerating the landscape.

Regenerative, communal agriculture of all kinds is integral to creating food sovereignty, a term popularised by La Via Campesina (the global organisation of peasants and indigenous food producers). Internationally, there has been an increased trend towards regenerative agriculture – global cropland dedicated to regenerative farming has doubled in the last ten years, although still only constitutes 14.7 percent of total cropland.

There is no doubt that SCF is a unique project in its local area; there is nothing comparable in London south of the river. SCF follows agroecological principles, which means farming in tandem with nature and not battling against it. The farm only uses organic inputs, practises minimum tillage, makes prolific use of green manures that feed nutrients back into the soil, and intersperses edible produce with meadow flowers and trees. Several ponds across the farm provide a haven for aquatic life and watering holes for the many birds and mammals who visit. As an example of nature-friendly farming, SCF is a beautifully illustrated, textbook example.

Practising agroecology is beneficial for the planet, but how do farms like SCF fit into the UK’s agricultural system? Do producers like SCF even see themselves as a political project?

‘Our existence challenges industrial farming and also access to land. There’s definitely a political focus [here],’ says Will, 27, the second-year trainee at SCF. ‘We’re not growing for profit’s sake, we’re trying to be good community land stewards, have a social impact, and educate people so they know where their food is coming from.’

Robyn, 38, the veg box packing coordinator, highlights the empowering nature of the project: ‘This is people taking the power back into their own hands. Whatever way you want to label it, surely that’s political?’.

On the other hand, several workers at SCF noted how their status as a community benefit society, which means they must respond to members, can partly restrict their activities. Sophie, 25, the first-year trainee at the farm, remarks: ‘It often feels like we can’t be overly political, which I have mixed-feelings about. Even though I’m on the left people should be able to come here regardless of how they vote. A diversity of people is good – agroecology is about encouraging species diversity in ecological systems and human systems.’

Nick, 29, a co-production lead at the farm, extends the point: ‘I think SCF has a strong voice, but lots of volunteers don’t come here for political reasons and it’d be weird to push that too much.’

Rachel, the other co-production lead, agrees but feels that the mood is shifting: ‘We’re trying to get better at our storytelling to demonstrate why we’re here. Being political wouldn’t necessarily put members off, it wouldn’t change the reasons they come... That’s to say, we can see now that we can be different things to different people.’

Evidently, the political nature of the farm is up for debate. Though everyone agrees that the farm is socially-uplifting for the local area, particularly in the face of climate-anxiety. ‘The farm really diverts our attention to what we can do here and now,’ suggests Sophie. ‘Agriculture’s one of the biggest contributors to global emissions, and there’s also so much exploitation in this sector. But this farm shows there’s another way.’

It is also worth noting that, considering the average farmer in Britain is a 59-year-old white male, SCF currently has a high number of young women in coordinating positions at the farm. In fact, the core team is mostly women.

Lessons from the Global South

SCF might not have the radical anti-capitalist politics of the Venezuelan communes or the Brazilian Movimento Sem Terra, but it feels like part of a system-change in British farming. Yet the hardest part may still be to come: survival. Economic pressures as a consequence of the UK recession are being felt acutely at SCF. Participants have been steadily dwindling and running costs have increased.

The situation can seem bleak at times, although there is hope if we look to the Global South, where more advanced models of communal farming in socialist nations and indigenous communities have actively resisted imperialist agribusiness. Take Nicaragua as an example, a country that has now achieved 90 percent food sovereignty predominantly through small, agroecological farms.

If SCF can weather the current storm, it wants to become a local hub for all manner of social activities. As Robyn concludes, the organisers simply want the farm to be an inspiration: ‘If we can make this work, then it can be a model that is adapted and applied to wherever people are in the country. I think that’s always been a combined vision that people have shared here.’

Rohan Rice is a writer, photographer and translator based in London

Striking Down Farm Workers – It Is the Law’s Way

Why the far right is so obsessed with gender politics