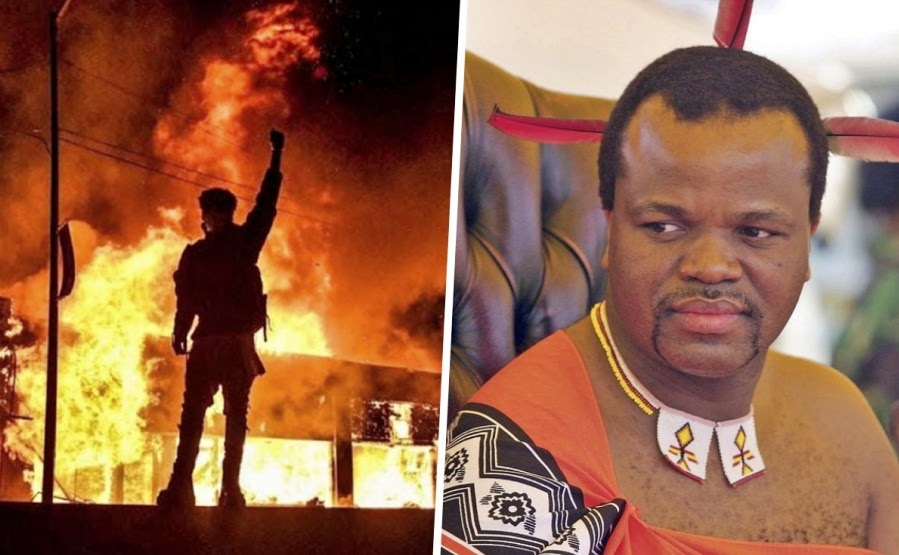 On Sunday night, 15 August 2021, King Mswati’s soldiers tossed a young
man, Mcebo Mamba, into a raging fire and severely assaulted him with
sjamboks.

The assault followed a protest action in Zombodze Emuva in the
Shiselweni region, Swaziland, also known as Eswatini. During the protest, burning tyres had been placed on
the road. The soldiers picked on Mamba, without any evidence as to his
involvement in the burning and forced him into the fire.

The soldiers also assaulted two others who were closer to the protest action but did not push them into the fire.

The soldiers would also verbally abuse Mamba as they ordered him to put out the fire with his bare hands.

Consequently, Mcebo Mamba suffered severe burns in different parts of
his body. He was later admitted at the Nhlangano Health Centre for
treatment.

Both the royal police and army have tried unsuccessfully to conceal the attack as it occurred in full view of the public.

The grievous assault on Mcebo Mamba follows reports, now confirmed by
a police officer who has since resigned from the force, that Mswati’s
military personnel threw some protesters into a raging fire during the
29 June protests in Matsapha.

Since the June protests, Mswati’s security forces have killed over 70
people and brutally assaulted hundreds. Over 600 have been arrested in
the past three months for calling for democracy.

Condemning the latest assault, the General Secretary of the Communist Party of Swaziland (CPS) Thokozane
Kunene said, “Mswati has deepened the state of emergency. His soldiers
have been given unlimited powers to assault the population without any
form of accountability. The people have to unite in the fight for total
democracy.”

The CPS, through its “Democracy Now” campaign which has been running
since 2019, has now been embraced by the populace. The Mswati autocracy
is now on the backfoot and failing to prevent its ultimate defeat.

The CPS urges the people of Swaziland to unite in the fight for
democracy. The CPS also calls for sustained international solidarity
with the oppressed masses.