Taking a Look Around in The Home of the Brave 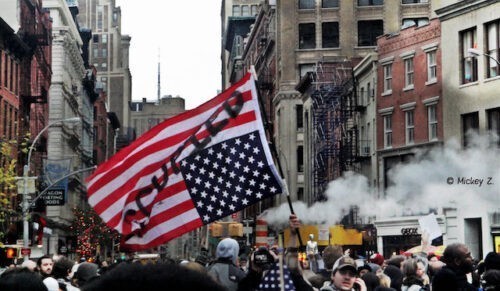 These days, things appear to be happening at an accelerated pace. It can be challenging to keep up as a writer. Meanwhile, some events are interesting but may not warrant a full article of their own. Therefore, I will occasionally compile a few stories into one piece… starting with these three right here:

If you’ve watched any television or YouTube videos over the past decade or so, you’ve likely seen ads for Chantix featuring Ray Liotta. Chantix is a Food & Drug Administration (FDA)-approved prescription pill designed to help users quit smoking — but not without a shit load of side effects. Well, last week, the FDA announced a “Nationwide Recall to include All Lots of CHANTIX® (Varenicline) Tablets Due to N-Nitroso Varenicline Content.” N-nitroso-varenicline, it turns out, is a suspected carcinogen.

Chantix was created and sold by a company called Pfizer which apparently has a long, sordid history of violations. Pfizer also had to pay the largest criminal fine in history ($1.3 billion) in 2009. Call me crazy, but this Pfizer group doesn’t exactly sound like it has our best interests at heart. Pfizer? That name sounds awfully familiar, though… like, maybe I’ve heard it in the news for something else recently. By now, you’ve all surely seen the notorious “Tax the Rich” dress worn by Representative Alexandria Ocasio-Cortez (AOC) at the Met Gala. The rapid-fire takes have been diverse and endless but I still wanna add my untaxed two cents. By almost any metric, the Uber-rich (and especially corporations) in this country pay a disproportionately low share of taxes (if at all). But, here’s my question: Exactly what good would it do to reflexively tax the rich?

It’s not as if it will bring about the classic redistribution of wealth. Under the current system, taxing the rich would simply result in a massive increase in subsidies to massive corporations, an even more massive and bloated military budget, and more of the same medical-science-industrial complex massive bullshit that has turned the appearance of a novel coronavirus into a nightmare scenario for anyone except those in the Met Gala stratosphere.

I’ll close with something to be filed under “We’re all in this together.” Check out this WaPo headline: “The days of full Covid coverage are over. Insurers are restoring deductibles and co-pays, leaving patients with big bills.”