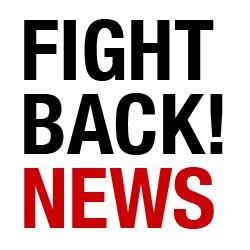 “We have to fight every day and mourn every day. I don’t get a day when I can just mourn and not fight,” said Lakey Love, co-founder of the Florida Coalition for Trans Liberation (FC4TL)

Marching from the drum circle at Railroad Square to the Florida Historic Capitol Museum, members of the march eventually reached the Florida Capitol building, where people spoke about the importance of Transgender Day of Remembrance and their own personal history with coming out as a member of the LGBTQ+ community.

Cas Casanova from Students for a Democratic Society spoke about their personal experience dealing with transphobia and homophobia in their own home, stating, “It makes me cry because I know what they’re feeling. Because I went through the same thing when I was in high school. I was the only gay person I knew who didn’t have accepting parents.” Their feelings echoed the experiences of trans and queer children who face systemic discrimination and alienation even from their own parents. “Waiting till you can escape a toxic situation to finally be who you are is not right.”

Delilah Pierre, field director for Tallahassee Community Action Committee, shared her story of beginning to understand her gender identity and the process of becoming a part of the LGBTQ+ community in Tallahassee. “When I met everyone in the Tallahassee Community Action Committee, and Lakey, and people in the Pride Student Union, and my friends from college, I finally started to not feel alone. I finally started to feel like I had a community. Like I could actually tell people how I felt. And actually, tell people what I faced. I would do anything, to make sure every single trans person in the world has that.”

Members ended the protest with a reading of 41 names of trans people murdered in the year 2021, as well as a moment of silence with candles. Love said: “I wanna remind everyone that we’re here to mourn, but we’re also here to fight.”