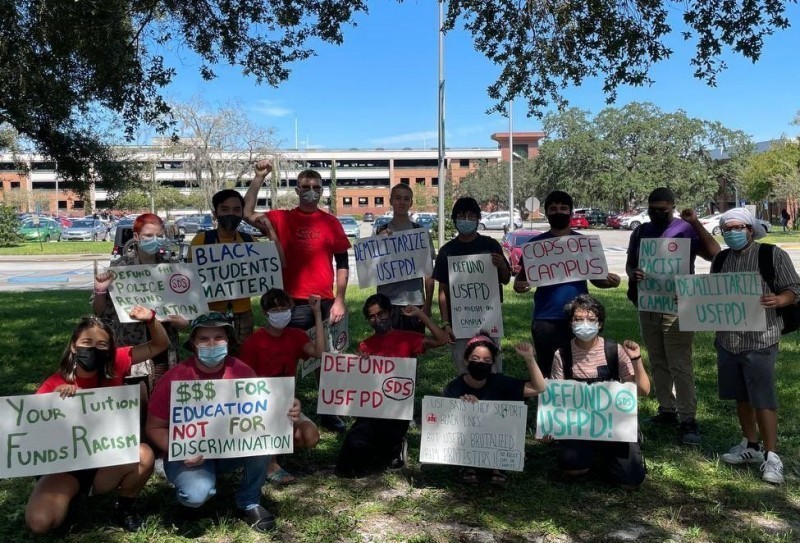 Tampa, FL – On September 29, Tampa Bay Students for a Democratic (SDS) held a protest calling for the University of South Florida (USF) to defund its campus police force. The students pointed to the police force’s budget of about $7 million, which is higher than many colleges on campus. Last year, citing budget concerns, USF attempted to close the College of Education, which has a budget of about $6 million, until student protests and public outrage forced them to keep it open.

A speech called attention to the USF police department’s participation in the 1033 Program, which allows police departments to buy surplus military gear, and pointed to evidence that military equipment in the hands of the police increases police brutality.

Another speech exposed the USF police department’s history of racism, discussing an ongoing racial and sexual discrimination lawsuit against current Police Chief Chris Daniel and a former police officer who had “KKK member” on her Twitter profile for five years before she was fired due to public outrage.

Tampa Bay SDS member Will Santeiro said “USF does everything in their power to hide their extensive history with racism.”

Tampa Bay SDS will continue to hold protests calling for the defunding of the university police as part of their current Defund and Divest campaign.