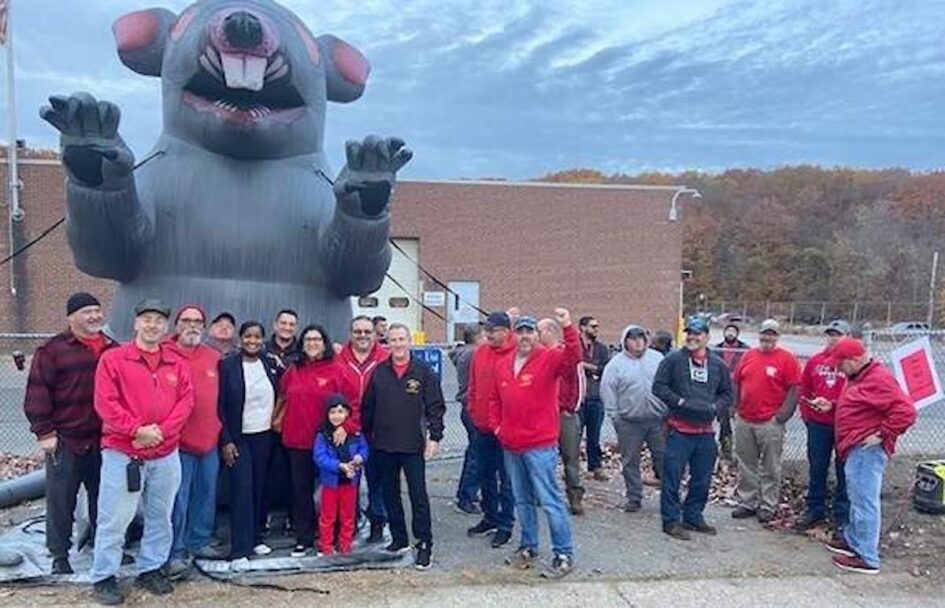 After months of negotiating with Frontier Communications, workers represented by the Communication Workers of America locals across the country reached tentative agreements with the corporation. These 3,900 field technicians, customer service representatives, and back office workers across California, New York and Connecticut, won wage increases, retained 401k benefits, protected jobs from outsourcing, and eliminated two-tier medical plans. These victories show that despite corporate austerity measures and attempts to undercut the union, the working class can and must fight back.

Frontier Communications in a sea of monopoly capital

Frontier is a U.S. telecommunications company operating within a highly monopolized industry. And for decades, workers have been fighting tooth and nail against these massive corporations. After the breakup of AT&T in 1984, the company’s landlines were split into smaller competitors, kicking off a wave of mergers and acquisitions which quickly shifted the landscape for unionized workers. National bargaining was replaced by 48 different bargaining tables and all the bosses were out for blood.

Frontier’s owners entered the fray and bought access lines across the country, eating up their smaller competitors. Finally, between 2009 and 2015, Frontier bought up huge portions of the lines held by Verizon and AT&T for a combined $21 billion. AT&T and Verizon, far larger than Frontier, sold off these lines to avoid working with unions, shifting to largely non-union wireless technology.

In 2018, Frontier’s revenue dropped and they began to sell off many of their own lines. With blood in the water, their capitalist creditors rushed in to get everything they could from the deeply indebted company. At that point, Frontier began cutting costs and imposing painful austerity measures on their workers, before filing for Chapter 11 bankruptcy in 2020.

Those cuts fell squarely on the backs of Frontier workers. The company even denied any cost-of-living adjustment in 2020 to hourly workers while paying out $38 million in executive bonuses. Suffering under the pandemic and a financial crisis without desperately needed raises, Frontier workers faced further attacks from the company’s greedy attempts to cut labor costs in order to line their pockets.

Frontier began to hire contract workers to undercut the union’s strength. These contract workers, working piecemeal jobs, lacked the level of skill of the long-term, unionized employees to produce quality work. This was an outright union-busting effort by Frontier to lessen the percentage of unionized workers.

While avoiding the union domestically, Frontier also began outsourcing customer service calls to Mexico, where workers earn only a quarter of the wages. Meanwhile, in contract negotiations, Frontier would not budge on basic measures such as raises and insurance premiums. All of this combined to force the workers to bear the costs of Frontier’s austerity, even as the company emerged from bankruptcy.

“They’re still not really taking care of the employees the way they need to be taken care of,” said Don Ruiz, a staff representative from CWA District 9 and bargaining co-chair in an interview with the LA Times. “They’ve stuck with the company through the bankruptcy and through [COVID-19]. They’ve stayed loyal but there’s been nothing to say ‘thank you.’”

Frontier’s post-bankruptcy restructuring also undermined any future security for the workers. The restructuring plans involve shifting away from copper lines to fiber optics, aligning with the technology improvements and similar shifts made by their competitors. Frontier workers were extremely wary of the company continuing to rely on non-union contractors while making this technological shift.

“The main thing is securing a future for our members as Frontier invests in bringing fiber to the home,” said Dave Weidlich, president of Connecticut-based CWA Local 1298 in an interview with CT Insider. “They are using contractors to do that work right now and what we’re saying is that we have the resources to do it, why would you want to do that?”

Negotiations between CWA District 9, representing California Frontier workers, began in July with their contract expiration in sight in early September. Just before the contract expired, the workers flexed their strength by voting 93% in favor to authorize a strike across the state. One month of tense negotiations later, 2,000 indignant workers walked off the job in an unfair labor practice strike over the companies bad faith bargaining, threats, and refusal to meet with the union.

In the middle of October, CWA Local 1298 members in Connecticut saw their contract expire as well and they would take inspiration from the workers fighting the same boss in California. The bargaining team in Connecticut noted to the membership in an earlier update, “Remember, good contracts are not won at the bargaining table, they are won in the field. When WE FIGHT, WE WIN!!”

By December, CWA New York Frontier workers began negotiating their contract and joined in on the spreading strike threat. The company finally conceded to the workers’ demands on Jan. 13, just two days before the strike date, first in California, and then in New York and Connecticut.

The Frontier workers knew the power held by their strike threat. Within the last few months tens of thousands of Kaiser Permanente and International Alliance of Theatrical Stage Employees workers won a contract agreement, each after narrowly avoiding a strike that threatened to shut down business as usual.

The TA by Frontier Communications workers includes many major gains. The CWA-CA workers won wage increases of 10.42% over the 3 year lifetime of the contract, and better sickness and safety benefits. Health insurance benefits were expanded to include nervous disorders and the definition of “Immediate Family” for bereavement leave was also expanded. Additionally, the company will maintain an increased supply of PPE for all employees, critical during a pandemic that has claimed over 800,000 lives in the U.S. Finally, Frontier workers successfully eliminated their two-tier medical plans which had cut out new hires from past benefits, ensuring all future hires will continue to receive the hard won benefits.

The restructuring and austerity imposed on Frontier workers wasn’t just driven by “market forces.” Companies like Frontier are disciplined by corporate owners and investor capital. Those capitalist owners impose their will to do whatever will maximize their profits, no matter the human cost. Chapter 11 bankruptcy and restructuring are just more tools they use to do this.

Companies and their assets can constantly change hands from one capitalist to another, exactly as we have seen with the capitalist telecommunications industry in the U.S. However, under capitalism, the rich will always find a way to come out with their pockets full by making the workers pay the price.

Despite these capitalist forces stacked against them, Frontier workers showed that they can stand united against their bosses and win. In the face of a huge national employer, these workers had to take their fight to the national level to contend with the bosses. Ultimately, the only way to overcome the power of the organized capitalist class is through the undeniable power of an organized working class ready to fight and win.