Tens of thousands on the streets of Peru in national strike 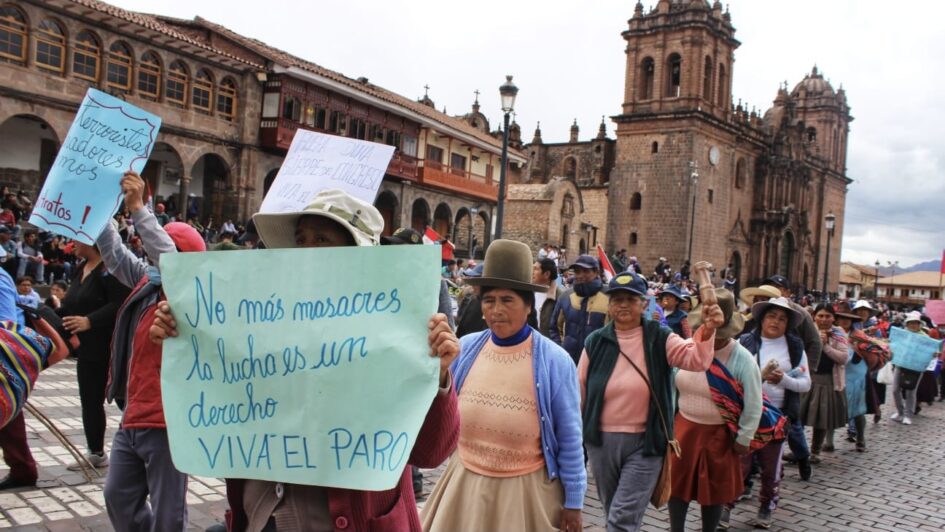 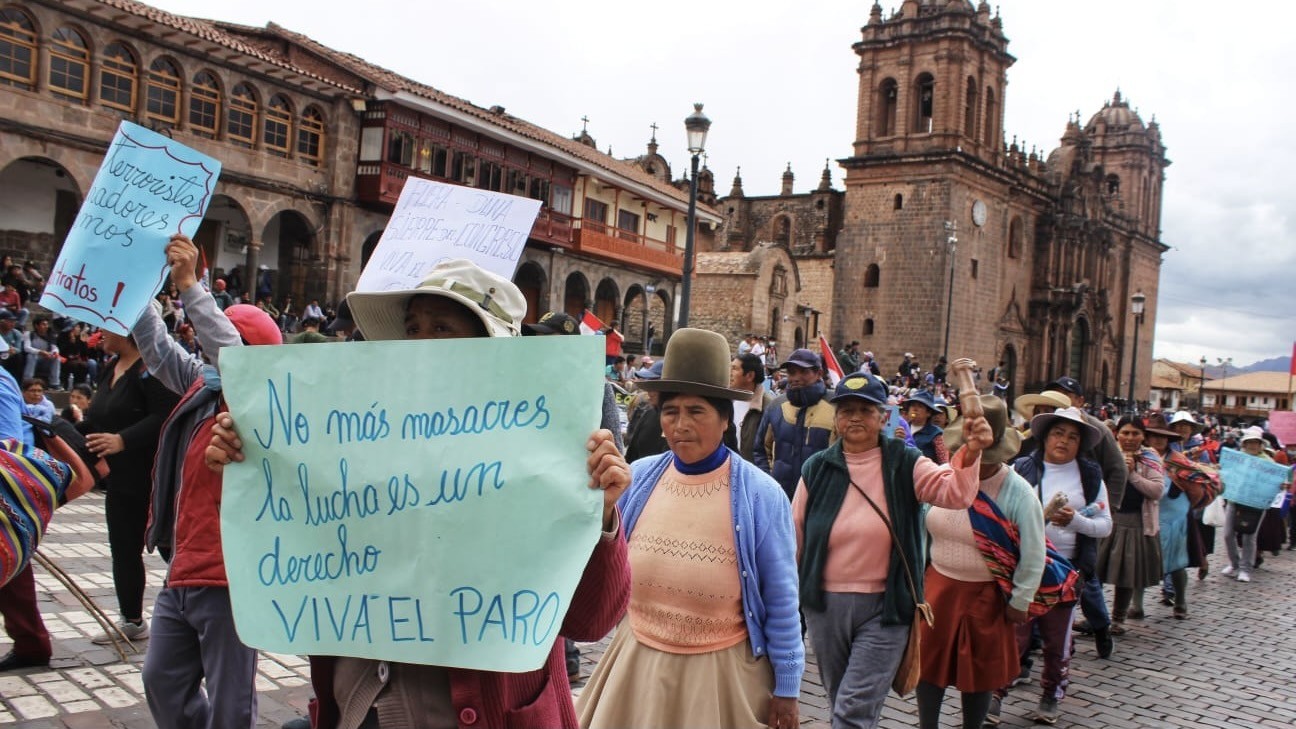 The pro-democracy protests have received the support of several celebrities, universities and progressive political parties.

Tens of thousands of Peruvians from across the country arrived in the capital Lima to take part in a national strike called for today, January 19, to reject the legislative coup against former president Pedro Castillo and demand the immediate resignation of the de-facto president Dina Boluarte.

Peasant and Indigenous communities together with members of numerous social organizations and trade unions from all regions of Peru traveled in caravans to reach Lima. The caravans were organized as a part of the second ‘Marcha de los Cuatro Suyos’ or ‘March from the Four Corners’ to bring the voices of the excluded masses of deep Peru to the seat of power.

The organizations have called to hold marches from different parts of Lima to the center of the city against the Boluarte government under the banner of ‘Toma de Lima’ or ‘Taking of Lima.’ The marches are especially organized to condemn the brutal police and military repression the de-facto government has unleashed against peaceful protests as well as to demand justice for the victims.

At the same time, the organizations have called for the intensification of demonstrations and roadblocks throughout the national territory as a part of the national strike.

Indigenous and trade union leaders have said that with the strike they hope to bring about substantial changes in the country’s political system, so that “what happened to Castillo, doesn’t happen to another popular leader.”

Since December 7, thousands of Peruvians have been taking to the streets and organizing roadblocks in different parts of the country to demand Castillo’s release, Boluarte’s unconditional resignation, dissolution of the right-wing dominated unicameral Congress, fresh general elections, and establishment of a Constituent Assembly to change the country’s 1993 Constitution.

The Boluarte government has been responding to these social demonstrations with violent repression. On Wednesday, January 18, the police shot and killed two more protesters in the Macusani city, in the Puno department, after the residents tried to occupy a police station in the city. Following the death of a community member, angry protesters set fire to a compound inside the station.

According to reports from local media, at least 52 protesters have been killed in violent repression of anti-coup protests by public security forces.

Recently, the delegation of the Inter-American Commission on Human Rights (IACHR), which came to Peru to evaluate the situation of human rights violation in the country following the massacre in Puno, highlighted that these protests are authentic as opposed to the claims of the Boluarte regime that they are organized by “terrorists” and sponsored by international actors.

“From the testimonies, we did not find anything that would say that the people are responding to some type of other organization, but an authentic manifestation of discontent due to the abandonment that region (Puno),” said Stuardo Ralón, the first vice president of the IACHR and rapporteur for Peru.

Ralón added that he also perceived “an environment of generalized stigmatization, in which it is intended to indicate that all the people who may be expressing their disagreement could be classified as terrorists, making them targets to be eliminated,”

The pro-democracy protests from the countryside have received the support of the citizens in Lima, various celebrities, universities and progressive political parties.

The residents of Lima together with social movements have arranged large supplies of food for the people coming from a long journey.

Peruvian singer Yarita Lizeth has donated her tour bus to the protesters traveling to the capital from Puno.

The left-wing Free Peru party that sponsored Castillo’s presidential candidacy in 2021, in a statement on January 18, has endorsed the popular struggle.

“Free Peru stands in solidarity with and adheres to the struggle of the people, whom they tried to restrict with a declaration of a state of emergency, however, as is historically known, when there is an illegitimate government, civil disobedience is an indicator of its imminent fall,” said the party.

“The most important thing is to guarantee the referendum for the Constituent Assembly, otherwise we fall into the vicious circle with a new President, a new Congress, a new Board of Directors, but the old Constitution that defines power relations in favor of the rich to the detriment of the people,” it added.

“From New Peru we join the National Strike on Thursday 19, demanding the resignation of Dina Boluarte and the Board of Directors of Congress, together with the mobilized people we demand a radical solution to the crisis and the cessation of the criminal repression of this murderous government,” tweeted the party.

“We want to put an end, not only to the dictatorial and murderous regime of Dina Boluarte, but also to this false democracy where the economic powers that control the Congress and the Executive branch trample on the popular will,” it wrote in another tweet.

Peru’s current constitution was written and imposed in 1993 under the far-right dictatorship of Alberto Fujimori (July 1990–November 2000). Popular and progressive sectors have argued that it enshrined an exclusionary and neoliberal order in the country, which only favors the oligarchy.

Tens of thousands join climate strike in Glasgow during Cop26

Perú: an urgent call for mobilisation in the streets to stop the right wing

Peru: An Urgent Call for Mobilization in the Streets to Stop the Right Wing