Thankstaking & The Normalizing of Colonialism 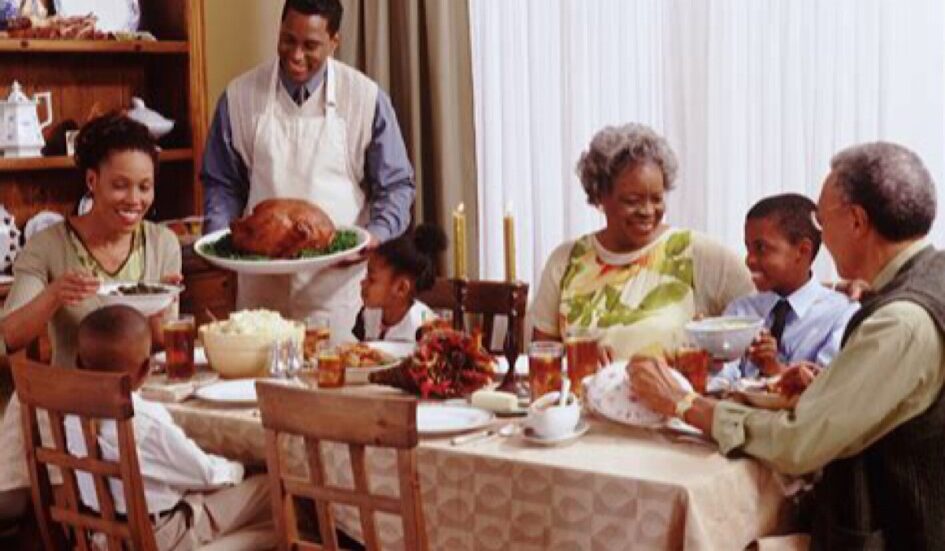 The thankstaking holiday itself is a strictly Western Hemisphere creation.  It’s certainly celebrated annually in the U.S. and Canada.  In both instances, Europeans were responsible for stealing land from Indigenous people.  And let’s be clear what we mean by “stealing land.”  In the U.S. today, land ownership is the most common pathway to wealth.  If you or your family own land, you got it by either taking out a bank loan and financing it, or someone in your family got the land through a deed process.  Since it was only a short time ago that Indigenous (e.g. red) peoples inhabited all of this land, whatever you and your family got, your bank and/or deed process would have had to have bought the land from Native peoples at some point.  Clearly, you cannot provide proof of this purchase because no purchase took place.  The land was taken by force from the rightful inhabitants.  That’s force– meaning violence, murder, rape, and terrorism.  Whatever way people attempt to justify and purify it, that’s what happened. That’s why you have the land today, period.

As amazing as it may seem to some, there are people today who would dare dispute this accurate account of history.  The reason they are arrogant enough to do this is because this truthful narrative of history has never been the “official” history taught in schools, church, throughout the media, and in any structure in this country or around the world.  The old saying is the ruling classes write the history.  Therefore, that means the Indigenous scholar, Vine Deloria, was correct when he said “when the white man came, we had the land, and he had the Bible. Once he got here, he got the land, and we got the Bible.”  As stated, this correct historical account is hidden under the white supremacist myth that the thankstaking holiday is some sort of commemoration to the “mutual respect and support between the Indians and white folks.”  This historical lie is based on the racist manifest destiny belief that Europeans had a spiritual responsibility to civilize the backward people – all brown people – in order to carry out God’s vision of what the Earth should look like.

Most people committed to justice are at least somewhat aware of these contradictions, but most people are unfortunately beholden in one way or another to this backward version of history.  That’s why you can Google any story detailing the protests against police terrorism, for example, and the comments sections will be filled with people arguing against the protests and telling African people if we don’t like it here, we can go back to Africa.  The basis of that statement is a belief on behalf of European folks that first, this is their country e.g. they own it.  Second, that the development of this country resulted exclusively from the wise and courageous leadership of white people (the systemic exploitation of Africa and other places had nothing to do with anything).  And, third, that African people in the U.S., who descended from slavery, owe some form of gratitude to white colonialists because they “rescued us from the dark continent.”

It’s important that we understand that one of the most potent tools to advance this backward version of history is the holidays this country pushes down our throats every year, especially thankstaking.  Sure, they want you to spend money on them all, but that’s almost icing on the cake.  The core purpose for these holidays is to instill an ideological and philosophical commitment from everyone to the vision of imperialism.  The country was “created” with the best intentions.  To help the Indians because they needed that help.  They didn’t possess the capacity to build this society without the benevolent white parents.   And every year we set aside these days, just to meet with our loved ones, we are subconsciously submitting to their narrative, whether we mean to or not.  Televisions will be on Thursday and all the commercials will be dropping hints of this imperialist narrative.  Your children are attending school and you better believe they are being fed the filth of this despicable lie.  The churches are 100% controlled by imperialist ideology to such a degree that you would believe Jesus was a Lamborghini driving capitalist.  So, if you honestly and naively believe you are not being propagandized to accept manifest destiny, whatever you do this Thursday, you are not being honest with yourself.  And, please spare us the tired line that you just use the day to “give thanks.”  That your thanks has no connection to the thankstaking holiday.  If you believe that you probably believe that your support for Veterans Day is just about supporting your loved one who was forced to serve in the U.S. military and your support has no impact on creating a culture and environment where supporting U.S. military hegemony around the planet is taken as an automatically needed and worthwhile element in this world.

The only way you can truly combat this phenomenon is the same way you disrupt anything that’s not good for you.  You decide to resist it with every bone in your body.  It’s not enough to tell yourself you aren’t participating when practically everything you are doing is still patterned after the imperialist concept, just with a different name.  You have to be involved in activities designed to confront and deconstruct the lie.  If you have an unthanksgiving ceremony in your area, attend it and spread the word about why you are attending it.  If you don’t have something like that near you, organize your own ceremony.  The point is you have to be actively doing something that’s opposed to the dominant message in order to properly resist that message.

As for your thankstaking get-togethers, this imperialist society forces people to work more hours than any other capitalist industrialized country so of course we realize it’s difficult to find days that everyone can get together, but if there is a will, there is a way.  Many people, including myself, have done this over the years.  Yes, intentionally get together at alternative dates as a protest.  It’s always a challenge, but with proper organization, you can do it.  The benefit is your children and your own spirit will prosper from not giving in this these vicious and unhealthy lies all year, every year.

The key to oppressing a people is to break their spirit.  And, the way to break a people’s spirit is to destroy their connection to their culture.  A significant piece of white supremacy is to deny the Indigenous story.  Doing so diminishes them just as denying slavery is a clear attack against the dignity of African people.  The more we do to challenge this attack against oppressed people in every form we can, the more we weaken imperialism’s ability to control the thinking of the masses of people.  You won’t resist imperialism by pretending to not acknowledge it.  Imperialism is embedded in every fabric of this society and we don’t have the level of organization to be engaging it in everything around us without it influencing us.  We think we are resisting while our children are learning that if they can claim something is theirs and get away with it, then it’s theirs.  Just stop and think about all of this when you watch the cranberry sauce being passed this Thankstaking.

Decolonizing Minds, Including My Own, About U.S. Capitalist State Settler Colonialism