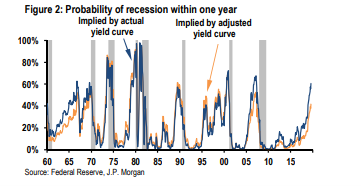 The Austrian school of economics is outside the mainstream. The Austrians start from micro-assumptions. This is not the neoclassical view of rational, fully informed human agents, maximizing their utility and profits. On the contrary, human actions are speculative and there is no guarantee of success in investment. According to Karl Menger, the founder of this school of thought, the further out in time the results of any investment are, the more difficult it is to be sure of success.  Thus it is easier to estimate the returns on investment for goods that are for immediate consumption than for those needed for capital goods. Saving rather than consumption is a speculative decision to gain extra returns down the road.

Austrians reckon that the cost of saving can be measured by the ‘market interest rate’, which prices the time involved in delivering future output from savings now. ‘Business cycles,’ as the Austrians call booms and slumps under capitalist production, are primarily caused by periodic credit expansion and contraction of central banks. Business cycles would not be a feature of a truly “free market” economy. As long as capitalists were free to make their own forecasts and investment allocations based on market prices, rather than by bureaucrats, there would be no business cycles. Cycles are due to the manipulation of credit by state institutions. This differs from the neoclassical/monetarist school, which sees recessions as minor interruptions from growth caused by imperfections in market information or markets—not busts caused by artificial credit booms.

The boom phase in the Austrian business cycle takes place because the central bank supplies more money than the public wishes to hold at the current rate of interest and thus the latter starts to fall. Loanable funds exceed demand and then start to be used in non-productive areas, as in the case of the boom 2002–2007 in the housing market. These mistakes during the boom are only revealed by the market in the bust.

The Great Recession was a product of the excessive money creation and artificially low interest rates caused by central banks that on that occasion went into housing. The recession was necessary to correct the mistakes and the malinvestment caused by interference with market interest rates. The recession is the economy attempting to shed capital and labour from where it is no longer profitable. No amount of government spending and interference will avoid that correction.

Crucial to the Austrian Business Cycle Theory (ABCT) is the notion of a “natural rate of interest” ie how much it would cost to borrow if it wasn’t for government interference.  In ‘free markets’, the supply and demand for funds to invest will set a rate of interest that brings investment and savings into line, as long as the markets for funds are fully competitive and everybody has clear knowledge on all transactions.

Already, you can see that these assumptions are not realistic.  Even if the assumption of perfect competition was realistic, there is no reason to think that there is one interest rate for an economy. Rather there is one rate for houses, another for cars, another hotel construction etc. This point was even accepted by the Austrian school guru, Fredrick Hayek, who acknowledged that there is no one ‘natural rate’ of interest.

But without one natural rate of interest, you can’t claim the government is forcing rates too low and therefore the theory crumbles. Yes, the central bank controls a component of the interest rate that helps determine the spread at which banks can lend, but the central bank does not determine the rates at which banks lend to customers.  It merely influences the spread.  Aiming at the Fed’s supposed “control” over interest rates misunderstands how banks actually create money and influence economic output.

The primary flaw in the Austrian view of the central bank has been most obvious since Quantitative Easing started in 2008.  Austrian economists came out at the time saying that the increase in reserves in the banking system was the equivalent of “money printing” and that this would “devalue the dollar”, crash T-bonds and cause hyperinflation. None of this came about.

Marx denied the concept of a natural rate of interest.  For him, the return on capital, whether exhibited in the interest earned on lending money, or dividends from holding shares, or rents from owning property, came from the surplus-value appropriated from the labour of the working class and appropriated by the productive sectors of capital.  Interest was only a part of that surplus value.  The rate of interest would thus fluctuate between zero and the average rate of profit from capitalist production in an economy.  In boom times, it would move towards the average rate of profit and in slumps it would fall towards zero.  But the decisive driver of investment would be profitability, not the interest rate.  If profitability was low, then holders of money would increasingly hoard money or speculate in financial assets rather than invest in productive ones.

What matters is not whether the market rate of interest is above or below some ‘natural’ rate but whether it is so high that it is squeezing any profit for investment in productive assets.  Actually, the main exponent of the ‘natural rate of interest’, Knut Wicksell conceded this point. According to Wicksell, the natural rate is “never high or low in itself, but only in relation to the profit which people can make with the money in their hands, and this, of course, varies. In good times, when trade is brisk, the rate of profit is high, and, what is of great consequence, is generally expected to remain high; in periods of depression it is low, and expected to remain low.”

The leading proponents of the Austrian School usually shy away from considering empirical evidence for their theory.  For them, the logic is enough.  But a reader of my blog recently sent me a bag of empirical studies that purport to prove that the Austrian school business cycle theory is correct: namely that when the market rate of interest is driven below the ‘natural rate’ there will be excessive credit expansion that will eventually lead to a bust and crisis.

In one of these studies, Austrian economist James Keeler proxies the market and ‘natural’ interest rates by using short- and long-term interest rates in yield curves.   The natural rate of interest is proxied by the long-term bond yield, and if the short term rate remains well below the long term rate, credit will expand to the point when there is a bust.  That happens when the short-term rate shoots up and exceeds the long or vice versa ie there is an inverse yield curve.  This is what his empirical study shows. Indeed, JP Morgan reckons on this basis the current probability of a slump in the US economy within a year is about 40-60%.

But while it may be that an inverted yield curve correlates with recessions, all it really shows is that investors are ‘fearful’ of recession and act accordingly.  The question is why at a certain point, investors fear a recession and and start buying long-term bonds driving down the yield below the short-term rate.  Moreover, when you look at corporate bonds in the capitalist sector, there is no inverted curve.  Longer-term corporate bonds generally have a much higher yield than short-term bonds.

Another Austrian study by Ismans & Mougeot (2009) examined four countries, France, Germany, Great Britain, and USA between 1980 and 2006. This found that “the maxima of the ratio of consumption expenditures to investment expenditures are often reached during the quarters of recession or during the quarters just after recessions. This observation corroborates the Austrian hypothesis of overinvestment liquidation marking crisis.”  But again the study relies on short and long-term interest rates and argues that “the term spread inversions mark the turning points of the aggregate economic activity. When the term spread decreases, the structure of production becomes less roundabout as entrepreneurs reallocate resources away from production goods to consumption goods.”  In other words, when short-term interest rates rise or long-term rates fall, investors stop investing in capital goods and business investment falls while consumption rises or stays the same.  Again, why does the yield curve to start to invert?  Which is the causal direction?  Is it falling investment in productive goods and services that drives long-term yields down or vice versa?

Carilli & Dempster attempt to answer this query in another study by carrying out a Granger causality test on two chosen indices of the ‘natural interest rate’ : 1) the real growth rate in GDP 2) the personal savings-consumption ratio. But they find that there is a marked lack of correlation between interest rates and economic activity.

Indeed, there is little evidence that the rate of interest is the driving force of capitalist investment and the price signal that capitalists look for to make investment decisions.  A recent study by Dartmouth College, found that:

“First, profits and stock returns both have strong predictive power for investment growth, persisting many quarters into the future. Second, interest rates and the default spread—our proxies for discount rates—are at best weakly correlated with current and future investment. In short, changes in profitability and stock prices appear to be much more important for investment than changes in interest rates and volatility.”

Similarly, the US Fed concluded in their own study that: “A fundamental tenet of investment theory and the traditional theory of monetary policy transmission is that investment expenditures by businesses are negatively affected by interest rates. Yet, a large body of empirical research offer mixed evidence, at best, for a substantial interest-rate effect on investment…., we find that most firms claim to be quite insensitive to decreases in interest rates, and only mildly more responsive to interest rate increases.”

Some economists in the Austrian school have tried to gauge when the tipping point into recession might be by measuring the divergence between the growth in credit and GDP growth (see Borio and White, Asset prices, financial and monetary stability, BIS 2002).  Apparently, there is a point when credit loses its traction on economic growth and asset prices and then growth collapses. But why? The Austrians cannot answer this because they ignore the fundamental flaw in the capitalist process identified by Marx in his law of profitability.

What drives capitalist economies and capital accumulation are changes in profits and profitability.  Economic growth in a capitalist economy is driven not by consumption as the Austrians claim, but by business investment. That is the swing factor causing booms and slumps in capitalist economies.  And business investment is driven mainly by one thing: profits or profitability – not interest rates, not ‘confidence’ and not consumer demand. It is when the rate of profit starts to fall; and then more immediately, when the mass of profits turns down. Then the huge expansion of credit designed to keep profitability up can no longer deliver.