The Baghuz Massacre Underlines the Necessity for Freeing Julian Assange 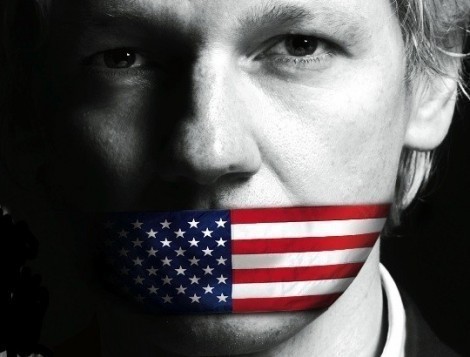 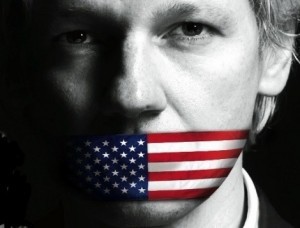 The implications of the Baghuz Massacre should deeply underscore the integrity, morality, and vital importance of WikiLeaks and its heroic publisher and political prisoner Julian Assange. The Baghuz Massacre was a failed cover-up by the United States. WikiLeaks is the journalistic enterprise that shines a spotlight on the egregious crimes of states.

Assange is imprisoned under tortuous conditions because he exposed how the US governmental-corporate-military machine operates. WikiLeaks published the video “Collateral Murder” wherein a US Apache helicopter crew gunned dead 12 civilians walking in a New Baghdad street.

The Baghuz massacre points to how the criminal state operates, by covering up its crimes. WikiLeaks threw light on the crimes in support of the public’s right to know what their country is up to.

Baghuz is part of a long line of murderous military actions. It begins with several extermination campaigns against the Original Peoples of Turtle Island, among them the Gnadenhutten Massacre, to the Wounded Knee Massacre, and the Trail of Tears. The massacres spread overseas to subjugate and colonize the Philippines; at the tail end of WWII there was the Tokyo firebombing and the obliteration of Hiroshima and Nagasaki by nuclear bombs. Then it was on to the Korean peninsula which was cut in two by the US. Among the gruesome US exploits were the No Gun Ri massacre in South Korea and the Sinchon Massacre in North Korea. North Korea was devastated by a massive scorched earth campaign. Next up was the My Lai Massacre in Viet Nam. In Iraq, among the war crimes were the Amiriyah shelter bombing and Haditha massacre. In Afghanistan there have been wedding parties bombed, the infamous Bagram torture facility, the Kandahar massacre, etc. The US has continued its murderous swath through Haiti, Honduras, Libya, and on to Syria. None of these countries had attacked the US. (Even 9-11 is purportedly carried out by Saudis according to American authorities.)

In Syria, the US intelligence has either been duped or complicit in blaming president Bashar al Assad for chemical weapon attacks to launch missile attacks, to support the ISIS terrorists, and to loot Syrian oil. Along the way, the deeply concealed Baghuz Massacre that killed dozens of Syrian civilians in a 2019 bombing has bubbled to public awareness.

The US is not alone in the war crimes extravaganza. Much of the western world is participating in the criminal militarism or otherwise colluding with the US. Sweden stands out as a neutral country that set the trap to ensnare Assange, so that Britain might hold him for extradition to the US. It is no wonder that the western-state apparatus that conspires to bury exposure of its war crimes has carried out a merciless campaign to eliminate Assange who exposes the crimes for the public.

The Baghuz Massacre is just another ripple in the ocean of massacres that would require a voluminous manuscript to chronicle. Assange and WikiLeaks are the exposing tonic needed to halt the war machine.

The Baghuz Massacre adds fuel to the calls for Assange to be released forthwith so that WikiLeaks and its publisher may, if Assange is up to it after the psychological trauma he has endured, shed a spotlight on war crimes. Awareness of the crimes of state can point the way for peoples of the world to renounce forever violence and warring — leading instead to peaceful co-existence.

Why Julian Assange’s inhumane prosecution imperils justice for us all

The plot to destroy Julian Assange