The Colston 4 victory and the principled defiance we need 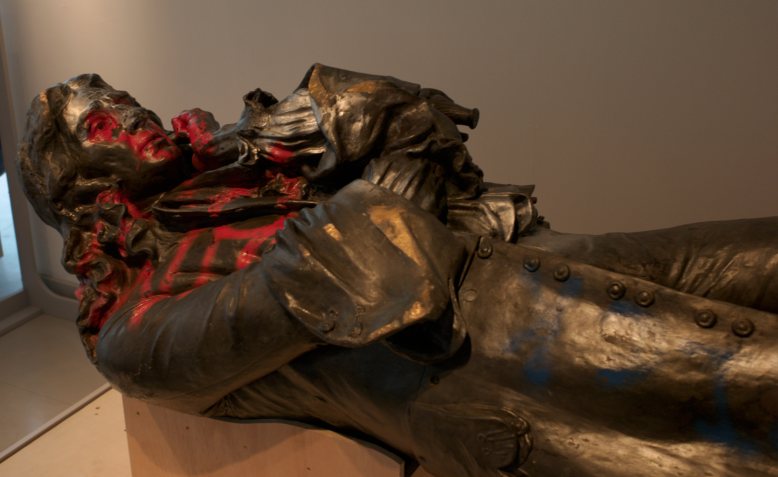 The acquittal of the Colston 4 is a victory for the whole movement and highlights the kind of solidarity we need to challenge this authoritarian government, writes Simon Duckett

The prosecution attempted to put the argument that Colston’s history had nothing to do with the case and that it was a simple case of criminal damage. The defence rejected that position arguing that it was a far greater offense leaving the statue there in the first place and that the four young people had acted correctly to prevent a much greater wrong continuing to be committed.

In fact, Raj Chada, one of the four’s barristers has said that the prosecution should never have gone ahead in the first place. Chada, head of criminal defense at London law firm Hodge, Jones & Allan said “the prosecution was not in the public interest in any shape or form”.

As it is, in the face of the shameful delay on behalf of Bristol City Council to take action, the decision was taken by Sage Willoughby, Rhian Graham, Milo Ponsford and Jake Skuse, as part of a large Black Lives Matter demonstration to topple the statue themselves bringing to an end many years of veneration for a man responsible for so much death and destruction as part of the vile trade in human bodies. The city of Bristol, and the wider community, can now hopefully begin to examine the awful legacy of that terrible business.

The verdict is furthermore a blow for the Tories and Starmer who criticised the protesters, and especially for Priti Patel who personally insisted the four were held “responsible for such disorderly and lawless behaviour” and is pushing through draconian legislation overtly aimed at criminalising protest. After the verdict, Tory minister Grant Shapps said the Police, Crime, Sentencing and Courts bill could help “plug the gap” that allowed the four to be exonerated.

The acquittal of the Colston 4 came amid a wide campaign in Bristol that supported the protesters, raised over £13,000 for their defence and included involvement from Banksy and local musicians. With the Tories determined to stop us protesting, the principled defiance of the Colston 4 and the solidarity generated in their defence will be needed en masse to resist this authoritarian government.

Confronting racism is not a crime: Defend the Colston 4

Historic Election Victory in Honduras 12 Years after the Coup

Landslide victory for Maduro and the PSUV in Venezuelan election