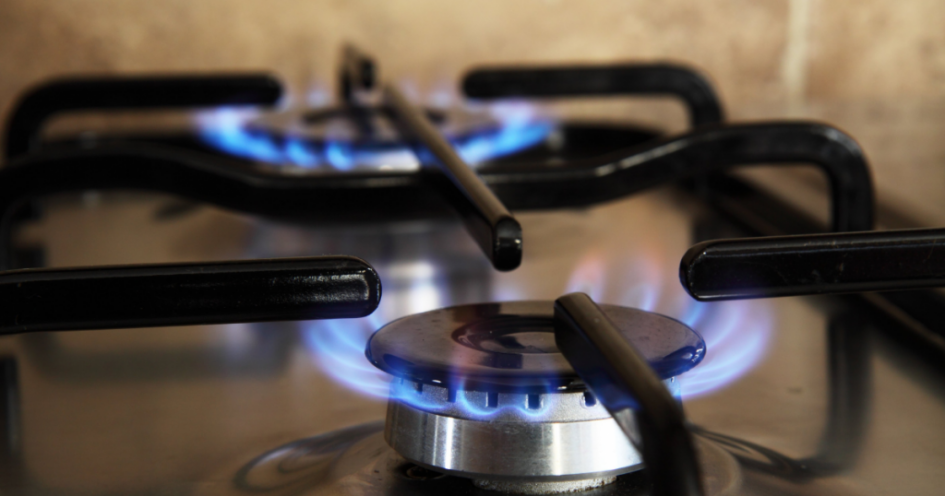 Inflation as measured by the Retail Price Index (RPI) is now at 7.1 percent and is not expected to fall quickly. Energy prices are expected to rise dramatically in April, just when National Insurance goes up. Price rises have often been the trigger for unrest and even revolutions. They recently brought down the Kazakh government. Ian Allinson argues that the cost-of-living crisis will also shape British politics over the coming months.

Higher inflation has a very significant impact on workplace struggle. Not only are workers compelled to push for pay rises, or see their standard of living drop considerably, but the relative costs of going on strike drop dramatically. If workers lose a month’s pay by striking, it would take them about eight years to win that back from an extra one percent rise per year. At five percent a year they would earn it back in two years. At ten percent a year they would earn it back in one. At present, higher inflation coexists with a tight labour market in many occupations, reducing workers’ fear of losing their jobs and increasing the pressure on employers to raise pay.

We are already seeing greater readiness to fight over pay reflected in votes to strike and actual strikes. This is happening despite the extra ballot turnout hurdles presented by the Trade Union Act 2016, and (as some predicted) the Act has unintentionally encouraged more continuous strikes by limiting the period of protection from a ballot.

To give an indication of the level of strike activity, I went through the Union News Facebook page to list the 127 strikes and statutory (not indicative or consultative) strike votes they reported in 2021. Their reports are not comprehensive (e.g. two missing strikes in Greater Manchester are GMB Polyflor and the current continuous Unite strike at CHEP, and the long-running Unite B&Q/Wincanton strike in Worksop is also missing), but do include most strikes and a fair proportion of strike votes. Where there are several reports relating to the same dispute, the dates in my list are the most recent reports. It is possible I made the odd mistake in counting a dispute twice or wrongly assuming two disputes were the same one, but the overall trend is clear. The number of reported ballots and strikes increased during 2021.

Some, but not all, of the apparent increase in the last three months won’t be real – some strikes are reported in more than one month so strikes that will also be reported in early 2022 are shown in late 2021 in addition to those for which late 2021 was genuinely the last report.

In addition to the increasing numbers of strike votes and strikes, there was a shift in their character during 2021. The earlier part of the year saw several long disputes over fire and rehire including British Gas, Go NW buses, Jacobs Douwe Egberts, SPS Technologies, Heathrow Airport and BA Cargo. Though there are still some, such as the long-running Weetabix dispute, pay now overwhelmingly dominates as the issue in dispute, with fewer clearly ‘defensive’ disputes.

We shouldn’t exaggerate the scale of this uptick in struggle. Strike levels remain low. Many of the strike votes and strike suspensions resulted in improved settlements before workers took any action. While winning concessions before needing to take action is a good sign, it deprives workers of the transformative effect of collective action.

On a number of occasions members have thrown out offers recommended by their unions. This partly reflects a proceduralism amongst union reps and officers: when negotiating a delayed pay deal they often look at inflation on the ‘anniversary date’ whereas workers look at inflation now. It partly also reflects low expectations. Sharon Graham reported to Unite conference that even before the pandemic most Unite bargaining units were settling pay deals below RPI inflation – pay cuts in real terms. Even pay deals that match RPI mean workers receive a shrinking share of what we produce as productivity rises.

There is also a lot of unevenness in the picture. Even if they made serious efforts (which they have not) it would be much harder for unions in the big bargaining units of health and local government to pass the industrial action ballot thresholds. Public sector workers generally find it harder to argue that the money is there, or to see a way to win big if that would mean defeating central government. So the strikes and strike votes are concentrated in unionised parts of the private sector – outsourced public services, public transport, logistics and manufacturing.

Can this bubbling away of small disputes generalise and grow? It could help that it isn’t confined to the public sector, which employs less than 20% of workers, but will the majority of private sector workers identify with the unionised groups taking action? The fact that the strikes are overwhelmingly about pay, in the context of a cost-of-living crisis affecting the whole class, is potentially very helpful.

In the year to November the Retail Prices Index (RPI) had risen by 7.1% and the Consumer Prices Index (CPI) by 5.1%, compared to the Bank of England’s target of 2%. Normally, the Bank would respond to this by increasing interest rates to drive businesses under and increase unemployment, and the base rate was increased by 0.1% to 0.25% in December – still an extremely low level by historical standards. The Bank is nervous that increasing interest rates could snuff out a faltering economic recovery after lockdowns. Any significant increase in interest rates would be expensive for the government because Covid has saddled the UK with significant levels of debt – now over 100% of GDP.

UK businesses also have high levels of debt, nearly at the levels following the 2008 financial crash. Many businesses received government pandemic support in the form of loans and an increase in interest rates could see significant defaults on these, again impacting government finances. This is a global problem: ‘zombie’ firms which can’t service their debts even on current interest rates are sitting on debts of $1.4trillion. As Michael Roberts explains:

‘So this year could be the one for a financial crash or at least a severe correction in stock market and bond prices, as interest rates rise, eventually driving a layer of zombie corporations into bankruptcy.  This is what central banks fear.  That is why most are being very cautious about ending the era of easy money.  And yet they are being driven to do so because of the sharp rise in the inflation rates of prices of goods and services in many major economies.’

‘Mainstream economics is divided over whether this spike in inflation is ‘transitory’ and [the] inflation rate will return to ‘normal’ levels or not.  In my view, the current high inflation rates are likely to be ‘transitory’ because during 2022 growth in output, investment and productivity will probably start to drop back to ‘long depression’ rates.  That will mean that inflation will also subside, although still be higher than pre-pandemic.’

So it doesn’t seem likely that the government will take drastic action to suppress inflation quickly. Domestic fuel prices are expected to rise much further (possibly 50%) when the price cap goes up in April and the National Insurance increase takes effect from April too. Pressure on living standards is not going to ease soon.

A problem for the Tories

Johnson won his thumping majority in 2019 by uniting the right. The UKIP vote collapsed into the Tories, while traditional Tories stayed on board to defeat Corbyn, despite Johnson having purged many of them. The experience of being in office has left that electoral coalition in tatters and he no longer looks like a vote winner. One result of this is that Tory MPs are increasingly willing to rebel, making the government much more vulnerable should they face serious opposition in parliament or the streets.

The Tories may well ditch Johnson this year. They are far less squeamish about knifing leaders than Labour has traditionally been. It would be wrong to assume any successor would have an easy ride. Johnson had the benefit of being associated with delivering Brexit and a personal popularity that eludes most politicians. Navigating choppy economic waters with high debt after making vague promises to ‘red wall’ voters would be tricky at the best of times. But no Tory seems likely to glue Johnson’s coalition back together. A tight labour market is making business demand more (selective) immigration. Brexit is no longer a unifying factor on the right. And it’s not possible to impose austerity and reverse years of decay in red wall, small town or coastal constituencies. High inflation and low interest rates are a particular problem for the Tories, as many of their supporters have savings which are being rapidly eroded.

The fuel price cap is making consumer prices a directly political issue for the first time in many years. In the 1970s governments pursued incomes and prices policies, but that was abandoned by Thatcher. Since then state regulation of prices has been very limited (e.g. for some rail fares and the minimum wage) and not a significant factor in the cost of living. Now average households are expected to face increases in energy costs of over £10 a week when the fuel price cap goes up in April. Many Tories are already panicking about this and some are pushing for the government to cut back on environmental commitments to reduce fuel bills in the short-term.

A left response to the cost-of-living crisis would include:

OFGEM are expected to announce a huge increase to fuel prices on Monday 7 February. Can unions and the left organise protests now, in every area, to take place the following weekend? Can we involve workers fighting for better pay alongside campaigners over benefits, fuel poverty, housing, climate etc?

The left can fan the flames of discontent over the cost-of-living crisis, shape the debate about solutions, intensify the Tories’ problems, boost campaigns on every aspect of the crisis and strengthen the links between them. We should start this urgently and expect to keep campaigning for at least a number of months.

“Let us attain the fighting goals for this year at any cost! Indomitable revolutionary spirit,…

The Cost of Militarization Since 9/11: $20 Trillion

Planet of the Living Dead (Halloween 2021)