The double shift: talking childcare and gender in the pandemic 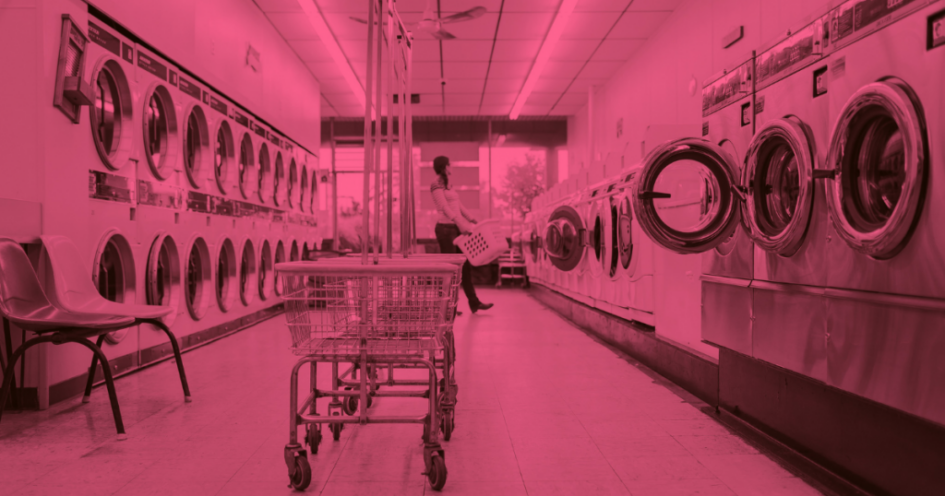 As many nations re-enter lockdown, Kate Bradley interviews Rachel Eborall and Sara Bennett on their experiences with childcare, work and gender during Covid lockdowns – as well as wider reflections on what Covid has taught us about the modern capitalist economy, schooling and feminism.

I spoke to Rachel Eborall and Sara Bennett, who each have a child whose childcare needs required them to make changes to their working lives during the Covid lockdowns in 2020 and early 2021, as well as through periods of self-isolation. We came together after several women with children in rs21 raised issues they were facing while trying to adapt to lockdown conditions, many of them working from home while their children’s schools were also expecting them to engage in ‘homeschooling’. With the increased time that children were spending at home, gendered expectations often continued – and even intensified – in relation to who was expected to do the childcare while also juggling work commitments. We decided it would be interesting to dig down into some of the issues they were facing in an opportunity to explore how care, capitalism and gender reveal themselves – and shift – during crises like the Covid pandemic.

Initially I asked Rachel and Sara what their experiences of lockdown in 2020 had been. ‘It’s exhausting,’ Rachel chimed in immediately. ‘I think, when it first started, it seemed like there was more tolerance from employers, as it was a bit of a novelty – a ‘just try your best’ mentality. By September 2020, or the second time the schools closed, that had changed very much, and you still needed to do your full hours of work. I work for the NHS, so you might think there might be some more flexibility, but no. We were told that you could split your working day up, so you could start at whatever time in the morning, then do the homeschooling, and then go back to work afterwards, and they said that as if it were a reasonable suggestion. So, in that case, I’d get up at four, get to work at five and then start school at nine and finish at two, and go back to work for another four hours. That sounds totally sane!’

Sara also reflected on these unrealistic expectations at work – she is self-employed in the publishing industry, but describes the freedom of self-employment as a ‘myth’. ‘I was lucky in some ways that I managed to secure a year-long contract when the pandemic hit, so I had regular hours – about twenty hours a week. Normally, I would make up those hours with other projects around it, but because of reasons Rachel has expressed – the amount of stress trying to manage the schooling and manage your work – they just couldn’t happen simultaneously. I made the choice that I was not going to take on that additional work and therefore I would effectively take a pay cut. It ended up being quite substantial pay cut. So, the main impact for me was financial, and then feeling undermined as a woman who’d been staunchly independent financially all this time suddenly finding myself middle-aged and falling back on being dependent on my male partner.’

In these circumstances, Sara went on to express sympathy with people in difficult relationships and with abusive or controlling partners during the lockdowns. ‘It made me think about those women in situations where they’re not in relationship that is safe, and suddenly they have nowhere to go. And so it didn’t surprise me to see the figures which showed that domestic violence had doubled, partly as a result of people having nowhere to go with refuges not being open or ‘COVID-secure’.’

The pressures of balancing homeschooling and work, and the inequalities and unfairness this was bound to create for some children, came up many times in our conversation. Given that the re-opening of schools each time correlated with a spike in infections and deaths from Covid-19, the New Educational Union (NEU) found itself arguing against the reopening of schools throughout the pandemic, despite the difficulties of remote learning. This was met with massive resistance from the government, who wanted schools back open and didn’t seem to care about the spiralling death count. A desire to reopen schools received a mixed reception from parents, some wanting to send their children back to school, partly to ease the pressure of the kind Rachel and Sara have described, but for many other reasons too.

Rachel commented: ‘I think parents were quite split – a lot of parents really wanted their kids to get back to be with their friends. There are genuinely good reasons that people want their kids to get back: to learn, to be able to run around and socialize.’ Sara added: ‘Workers fought for the right for their children to be educated, even though the way schooling is done now has its drawbacks, like the exam system.’

Sara reflected on the other factors that the Covid pandemic highlighted about the changing roles of schools in the capitalist economy. ‘I think what Covid does show us though is that education has become increasingly more than just education because of cutbacks in other areas of the welfare state. So kids are not getting fed, they’re relying on the schools being open to get meals. There are teachers putting their hands in their own pockets personally to give money to kids whose parents can’t afford transport or electricity. So when the schools were shut, that exposed all of the holes in the safety net, which has basically been stripped back to nearly nothing for many people. So that’s another reason why the government wanted the schools open, I think, as well as of course getting parents back into work.’

I asked Rachel and Sara whether they felt, as parents and active trade unionists in their own unions, that the New Education Union (NEU) had done a good job throughout the lockdowns. Rachel could see why they had focused around staff and child safety, but also asked whether the left in the NEU had seized the political chances the pandemic generated. ‘As with any union, the NEU’s first role was to keep their members safe, so that was foregrounded. What I was quite surprised about was the left in the NEU not taking a more political stance, which led to the conversation about disadvantaged children being seized by Boris Johnson and the right. As a society we need to do more to make sure that the most oppressed in our society are not paying the biggest price after Covid. We know that women will be doing the majority of childcare and homeschooling, and we can talk about both that and school safety.’

Sara added: ‘I think there were there was a lack of understanding that lockdown means sending people back into the home and the home is not a good place for lots of people, for lots of different reasons. And there were people that don’t have a home or a secure home. So, having schools closed exacerbated all of those inequalities and oppression. It seemed to me that the voice of women doing the majority of the childcare wasn’t getting through. It just felt surprising that we had to point out these issues, even on the radical left.’

Rachel continued: ‘I think the left-wing members within the NEU should have played a more fundamental role about thinking about what this lockdown changes, and what demands should come out of it. It felt like it was taboo to raise criticisms of the NEU. Actually, I thought it raised some interesting questions about how you bring your politics into these very real situations.’

This conversation led to a more general reflections on why women are still disproportionately caregivers, and why we have struggled to break the back of this gendered division of labour.

‘I think we have to remember that gender roles in society have been with us for thousands of years,’ Sara said.  ‘Now there’s millennia upon millennia of shaping these roles. Under each different mode of production, gender roles change. Since the rise of class society, there’s been a recognisable gendered division of labour. The world that we live in today is a capitalist system, which is based on the production of surplus value. The ‘women’s work’ of domestic labour and caregiving within that system is ‘unproductive’ in that sense – it doesn’t directly produce a profit for anyone – and so it is undervalued and unpaid as long as the system rewards producing profit. Ideology has had a massive part in shaping what a woman is, the shaping of women in the family. Families have come to play particular role under capitalism as well as being a site where social reproduction takes place. So it’s really, really entrenched; it’s deep within our psyches.’

Even using this lens, it can be easy to discount the reasons why women might be attached to their prescribed caregiving role in a society that is punishing for them in many other ways. Rachel reflected on this: ‘You’re right that we’ve been fighting gender roles for a long time, but I don’t think we should overstate how much resistance there has been to a gendered society. There’s the fight at the general level and then there’s actually what goes on in people’s houses. Because of the double burden of paid work and unpaid domestic labour, women often lack time, so their identity becomes quite intertwined with being a caregiver. Usually your working life and your role as a caregiver are two main parts of your identity as a woman, and let’s face it, the vast majority of working class work isn’t very fulfilling. So then you become ‘mum’ first and foremost – that’s the thing you are proudest of – which then entrenches the problem, because it leaves you feeling responsible for the majority of the caregiving.’

Sara points out that ‘what was sold to women as liberation’ – getting out and earning one’s own money – quickly became an economic necessity. The liberal feminist version of ‘liberation’ as it has been co-opted and regurgitated by capitalism has also been harmful in other ways. The Lean In liberal feminism that insisted ‘you can have it all’ has been revealed to mean ‘you must do it all’: work, find a partner, raise children, be a perfect mother, be attractive, be confident – all still in the face of sexism, and for many women also exploitation, racism, homophobia, ableism and other forms of marginalisation. Liberal feminism rarely set its sights on improving the lot of all women, focusing on the limited ‘empowerment’ of middle-class women in the higher ranks of (usually) private sector workplaces – a capitalist vision of empowerment designed to draw middle class women into the project of exploiting others (all in the name of feminism).

Finally, we asked what we could do about it – always the socialist refrain. Sara found hope in 2021’s upsurge of struggle around Sarah Everard’s murder and the refusal to accept sexual violence. ‘It brought women together on mass saying we’ve had enough. We’re not going to be told by the police or the state that we’re not going to go out in public. What’s really good is that women were at the front of that – including women of colour, migrant women, trans women – and organizing it, but men came in behind and supported them, and I think that’s absolutely crucial.’

The Blockade as a Double-Edged Sword