The Empire Provides A Paper Trail To The Conflict In Ukraine, No Matter What The Latte Left Says 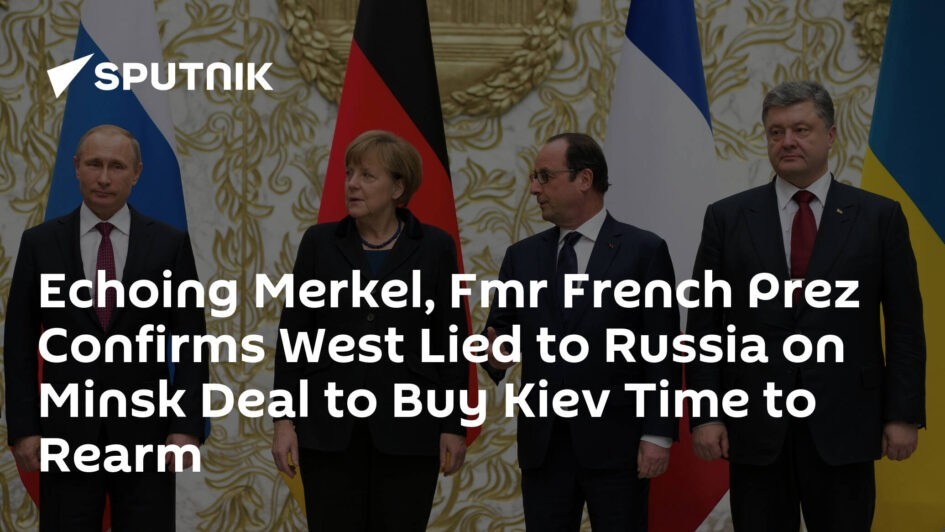 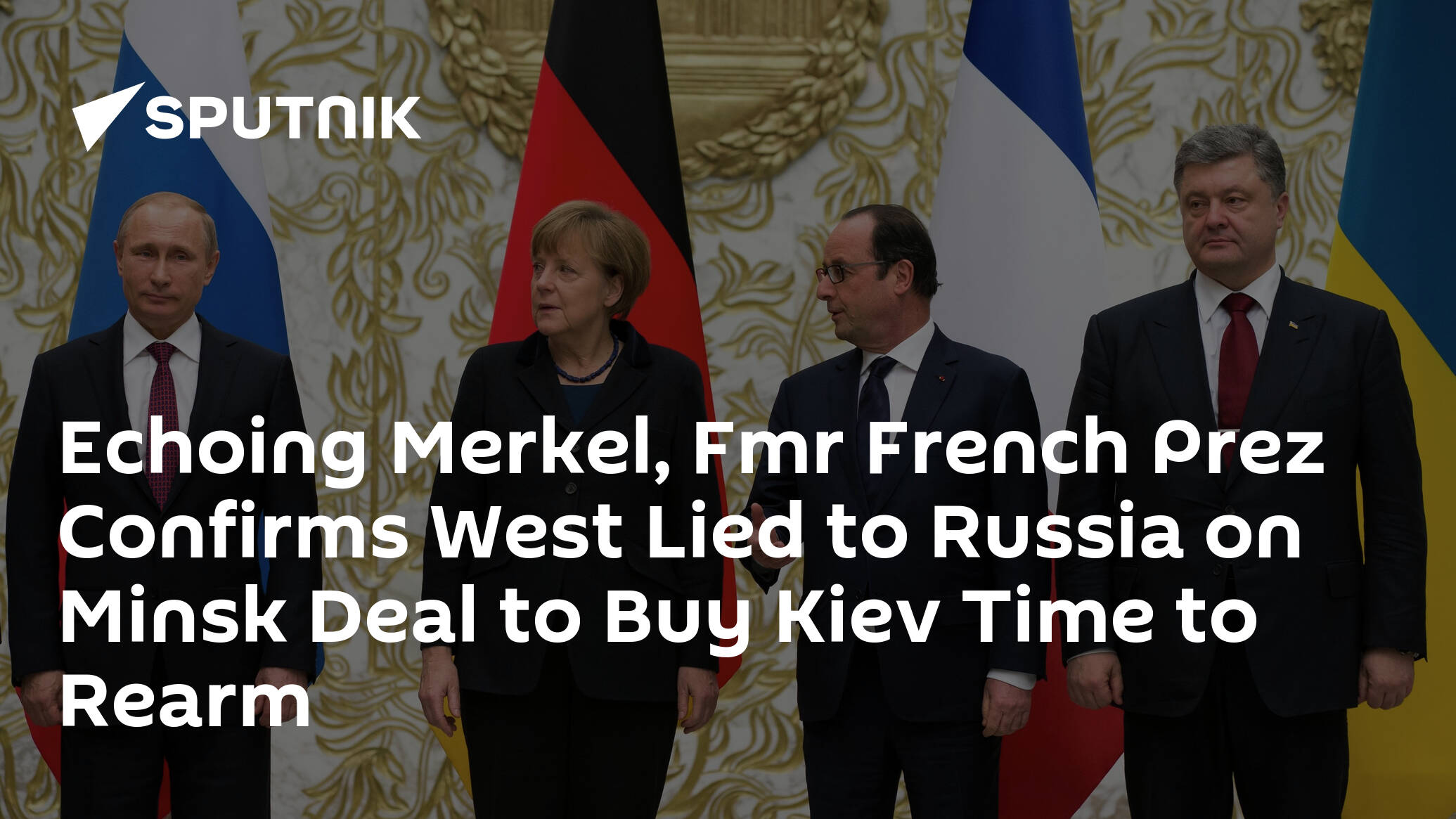 Ukraine is a challenge to those who claim to be on the left. War propaganda tells us to support U.S. imperialism, but even cursory knowledge of the facts shows that the U.S. and its allies provoked the crisis.

As the Left in the US struggles to hold to a clear ideological line against the US empire in its proxy war using Ukraine against Russia, the understanding of how this conflict arose has been lost amid the discourse of needing to either present a “balanced” view of the conflict, or to accuse anti-imperialists who indicate US/EU/NATO’s complicity, as “Putin’s apologists.” This kind of mealy-mouthed, spineless analysis is expected from those who always support the empire and its bloody deeds. But these days, more and more of this criticism of anti-imperialists is coming from some of the so-called US left. This group is engaged in a bizarre public display of supporting Ukraine, a display that defies logic and the facts surrounding the conflict.

As an example, the Ukraine Solidarity Network was created by Howie Hawkins, one-time Green Party presidential candidate and alleged leftist, and has been signed onto by dozens of people who are prominent in some way in US progressive politics. Among the Network’s absurd positions are their demand for reparations for the people of Ukraine, their support for Ukraine’s right to receive as many arms as they can without question or strings attached, and their demand for the IMF to cancel Ukraine’s debts.

Are these demands made on any basis of fact? No. When you consider that information about actual events that led up to this conflict are easily located with the most cursory search, there is no way that anyone can conclude that Ukraine is the victim of some terrible crime committed by Russia, let alone that they are owed reparations and deserve all the weapons they could want to fight them.

What’s more, the paper trail that documents the lead-up to this conflict includes sources that are the publications of the empire, so-called mainstream, sources that are neither left-leaning nor anti-war in any substantive way. This, I believe, lends a level of credibility to their documentation that some would easily dismiss as “biased” if it were provided in left-leaning sources.

For example, if members of the Ukraine Solidarity Networkhad bothered to look, they could have found this February 24, 2022 article from the Yale MacMillan Center, which details the scuttled negotiations to completely avoid the conflict in Ukraine.

The article pointedly notes that:

“More than anything else, it was the refusal of Ukraine to implement the provisions of Minsk 2 – especially the provision that would give the predominantly Russian-speaking regions a special constitutional status – that caused Russia to threaten military action against Ukraine. Time after time in recent weeks, Putin and Russian Foreign Minister Sergei V. Lavrov made it clear in meetings and press conferences that the key to resolving the situation in and around Ukraine was the full implementation of Minsk 2.”

An unprovoked attack on Ukraine? Even the empire admits that this is not true, and goes further to document that the conflict could have been avoided entirely had Ukraine simply adhered to the agreement they signed. Furthermore, the same article confirms that the civil war between Kiyv and those Russian-speaking regions in Ukraine – Donbas and Luhansk – that began in 2014 was also an important factor in this current conflict, as more than 700,000 of the people in those regions were granted Russian citizenship while they “…for eight years now, have been facing humiliation and genocide perpetrated by the Kiev (Kyiv in Ukrainian) regime.”

If the Yale MacMillan Center can acknowledge the centrality of these issues to this currency conflict, how is that these Latte Leftists dismiss them as insignificant?

But why did Ukraine refuse to adhere to the agreements, one might ask? This is actually an important piece of information that also has a very clear answer if anyone is interested in knowing it. An article in Modern Diplomacy reveals that, at least according to the former Chancellor of Germany Angele Merkel, the leaders who signed onto the Minsk Accords who were not representing Russia (the leaders of Germany, France, and Ukraine) never had any intention of adhering to the agreements, as they were just a ploy to “…buy time for Ukraine. Ukraine used this time to become stronger, as you can see today,” Merkel said, “Ukraine in 2014-2015 and Ukraine today are not the same.”

The article notes that Merkel’s admission could be used for an investigation in a tribunal, and quotes Russian Foreign Ministry Spokeswoman Maria Zakharova who responded: “The things that Merkel said in her interview [originally printed in Die Ziet] – this is a testimony of a person, who stated it directly that everything that was done in 2014 and 2015 had only one goal: to divert the global community’s attention from the real problems, to buy some time, to pump the Kiev regime with weapons and to lead the situation to a large-scale conflict.”

This is looking a lot less like an unprovoked attack by Russia and a lot more like a plot by western powers to set this conflict up, as we anti-imperialists have always said.

But there is more if you want to know it.

There is the matter of the US violation of the Charter of the 1999 Organization for Security and Cooperation In Europe (OSCE) that Russian officials publicly raised. Of course knowledge of this obscure foreign policy document would not be widespread, but corporate media coverage of Russian officials’ comments about it were provided in none other than Reuters , certainly not an obscure outlet with a left-leaning slant. The objections that Foreign Minister Sergei Lavrov said he raised in a conversation with U.S. Secretary of State Antony Blinken exposed that US officials were actively violating a 1999 agreement that states that no country can strengthen its own security at the expense of others. Why does this matter, you might ask? Because while the US was saber rattling about Russia massing troops inside its border in countless news reports leading up to the February 2022 military action, what was not being told was that the US, NATO, and Ukraine were engaged in massive military exercises in countries that border Russia before Russia even began mobilizing its troops. This was also reported in Reuters, in an article from September 2021. Though Reuters of course led with the Russian mobilization of troops inside its own border, the end of the article reveals that the US, NATO and Ukraine were engaged in massive military exercises on Russia’s border in July 2021.

Honestly, anything anyone really wanted to know about this conflict could be found through the most basic search for resources. And  it is telling that even Conservative publications and the empire’s own scribes are better at telling the truth about Ukraine – even as they beat the drums for imperialist war – than those members of the Latte Left are.

I am also at a loss to understand the Latte Left ignoring the neoNazi problem in Ukraine, when Reuters is just one source that documented this in 2018. How are these Latte Leftists turning a blind eye to the fascism of the current regime in Kyiv right now when, just last year, The American Conservative detailed the repression and violation of civil liberties the Kyiv regime was carrying out against citizens? This piece in the American Conservative details Zelensky’s banning of political parties.And Yahoo!News , of all places, reports on the revocation of citizenship of priests. Religion is not even sacred to the fascist regime in Ukraine!

None of the outlets I have shared are left-leaning or obscure. So if anyone were serious about interrogating why the conflict in Ukraine happened and who was responsible, they could have easily found out and would have been able to do so quickly, with sources provided by the empire, no less.

But these Latte Leftists who support Ukraine in this conflict and ignore the primary role that US imperialism and NATO gangsterism have played in stoking it are not interested in learning the truth. What they seem to be  interested in is pledging their allegiance to the Pan-European project. How else does one explain that these same alleged leftists have not been as vocal in demanding any kind of recompense and right to self-determination for Libya, Haiti, Congo, Palestine, Zimbabwe, etc. – the way they are for Ukraine?

I also contend that many Black leftists who tow the “support Ukraine” line do so because they have wholeheartedly internalized the most successful information war to date, the Democratic Party’s lie, Russiagate. How else can one explain Black leftists signing onto demands by their fellow white leftists to rescue and uplift Ukraine while remaining silent about reparations for African nations targeted by imperialism? Illogical hatred of Vladimir Putin seems to be the connective tissue among them, and Russiagate has to play into this because:  why would any self-respecting leftist call this “Putin’s war?” Putin didn’t lie to us about student loan debt cancellation.

To be clear, the end result of this most cursory of fact-finding is not to come away supporting Russia as some would accuse; rather it is to come away disavowing the State Department narrative that Russia carried out a completely unprovoked attack on Ukraine and therefore the world must be united in helping Ukraine defend itself. The truth, if anyone is truly interested in knowing it, is that the US/EU/NATO set up and provoked this conflict, with Ukraine as a willing participant in the skullduggery. For that reason, we must oppose the imperialism at the foundation, and that continues to fuel this proxy war against Russia. And that truth is even told by some of the scribes of the empire, so there is no excuse not to know it.

Calls to “support Ukraine” in this conflict when all of the facts that are needed to be better informed are easily found, are really calls for supporting imperialism and white supremacy. There really is no other explanation for it. A true anti-imperialist position would be to demand that the US/NATO axis of domination stop fueling this conflict, and to stop leading us to a path of total destruction.

The US is the major instigator of the Ukraine conflict

An Analysis on Ukraine/NATO conflict with Russia

What Happens After the Russia-Ukraine Conflict?