The Fate of Teesside’s Industrial Heritage 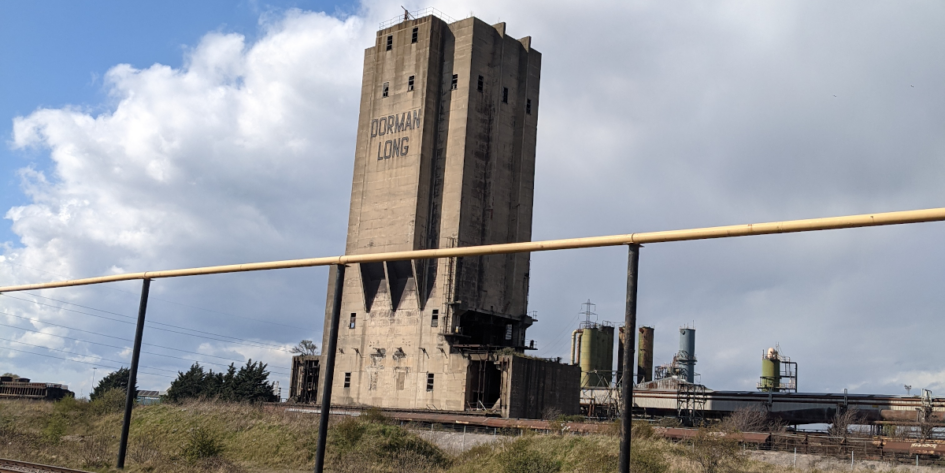 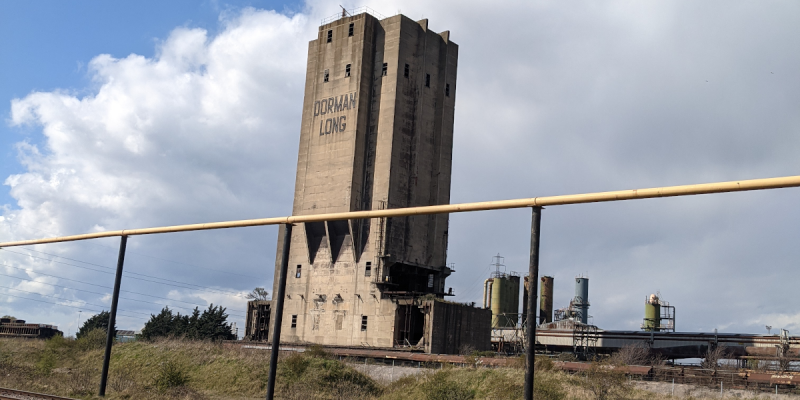 The Dorman Long tower prior to its demolition (Credit: George Walker)

When I went home earlier this year to visit my family, my mum was keen for us to take a walk to see something of great importance to our region and background before, as she feared, it would be taken away. We drove from our house in Great Ayton to South Bank train station, situated adjacent to the South Bank coke ovens and the Dorman Long tower. These are icon’s of Teesside’s prosperous history as an industrial powerhouse, a region home to 160 blast furnaces which helped build the town of Middlesbrough from the ground up.

This story began in the 1840s, when industrialists Henry Bolckow and John Vaughan moved to the area to invest in the production of pig iron before Vaughan and his geologist John Marley discovered the higher grade and therefore more profitable iron ore in the Eston hills. The surrounding geography allowed for the centre of Middlesbrough to balloon from a rural hamlet to a modern economic powerhouse in the Victorian age of industry and empire.

As we travelled the initial stages of the old ‘Black Path’, a route through which steelworkers walked and cycled to work from Middlesbrough to Redcar, I couldn’t help but feel awestruck by the way in which the industrial architecture imposed itself over the landscape and the people living and once working down below. Its overwhelming stature doubles up as a huge regional icon embedded in our collective memory, serving as a physical reminder of the intertwined social and economic histories that made Teesside.

The Fight to Save Dorman Long Tower

Threats of the tower’s destruction alongside the coke ovens and the Redcar Blast Furnace first reared their head when Conservative Mayor of Tees Valley, Ben Houchen, announced his plan to ‘level up’ Teesside, including a wholesale revamp of the Teessworks site buttressed with the now common neoliberal adage of ‘creating jobs’. There were promises in the plan to support ‘the retention of iconic structures and major artefacts within the overall cultural, community, and open space strategy.’ Conservative MP for Redcar Jacob Young also pledged to save the tower from destruction, citing its importance as ‘a monument to our industrial heritage and the many thousands of men and women who have worked in our steel industry.’

Truth be told, we should have known the tower’s fate from the get-go. Talk of ‘regeneration’ has long been a byword for gentrification and the destruction of historically noted high-streets, buildings and communities. And the tower is not alone. Brutalist masterpieces across the country are under threat from neglect, destruction, and corporate projects to rob formerly prosperous towns’ high streets of character and to supplant businesses that have a connection to the local community.

The pertinent questions today are those of remembrance, building local support for a new monument or museum to celebrate Teesside’s industrial history, and holding politicians like Houchen and Young to account

It’s not like there’s a subtlety to this agenda. Michael Gove, the so-called ‘levelling-up’ minister himself, who recently visited Teessworks for a typically scripted social media stunt to comment on the great things being done, has a track record of disdain for the North. In a speech from his days as a Young Conservative at Oxford, Gove hailed PM Margaret Thatcher’s ‘new empire’ in which ‘the happy south stamps over the cruel, dirty, toothless face of the northerner.’ Given that Gove was promoted to his cabinet position just days after these comments leaked, it rather feels like contempt for the North has turned to outright taking the mick.

With the future of the tower being played off against the promise of jobs and economic growth, a support group was formed to stave off any attempts to get rid of it by the back door. The group was built from the community up, consisting of former steelworkers, residents and local historians, who ultimately succeeded in pressuring Mayor Ben Houchen into forming a Heritage Task Force (HTF) to assess the future of the site and its landmarks. But HTF ultimately failed to protect the industrial architecture it claimed to uphold, commissioning a report that condemned the Teessworks site to major demolitions, including the tower.

Eventually, the heritage group Historic England rushed to secure its future, visiting the site to give the tower Grade II listing on the spot due to its being ‘a deliberate monumental architectural statement of confidence by a newly denationalised Dorman Long’ and ‘of architectural and historic special interest’. Local political elites had other ideas, as Mayor Houchen used connections to his Tory chums in Westminster to get rid of this troublesome issue, clearing the runway for propagandised photo-ops with industry execs and high-profile MPs to promote the government’s ‘levelling-up’ agenda. Less than five days after her appointment as Culture Secretary, Nadine Dorries used her new ministerial powers to undermine Historic England, removing the tower’s Grade II listed status, allowing Houchen’s team to destroy it the next day. In the aftermath Houchen even went so far as to accuse Historic England of lying about visiting the tower, saying that an administrative error by an inexperienced employee had granted the listing, something unequivocally denied due to lack of any evidence by the heritage body.

While an obvious tragedy for commemoration of our region’s rich history of industry, opinion amongst Teessiders and former steelworkers is far from uniform. For many, the tower and all that it symbolized evokes complex and often contradictory emotions. Some former workers have said it reminds them of brutal working conditions, a monument to the tireless and dangerous graft undertaken by steelworkers. I spoke to a close friend and third generation steelworker who works for British Steel today, who shared with me his thoughts:

‘Personally, I was sad to see it demolished, the steel industry has massively shaped my life and family’s. However, the proposed plans for the site are going to be good for the local economy and will create safe jobs for those in the area. Don’t get me wrong, I totally think there should be a monument erected to celebrate steel making on Teesside, not just for the global impact we’ve made, but for the sheer amount of blast furnaces that were in the area at its height, around 160.’

While I don’t totally agree, I understand the perspective, and coming from someone with deep ties to the industry and its history, it demands respect. Tragically, the question of the tower’s place on its own terms is a dead end. A cynical group of local politicians have effectively weaponized their connections in national government to steamroll a brutalist icon of our history into the dust; one action in a long road to selfishly promote the abstract and artificial agenda of levelling up in the new Tory heartlands of the North East, even as poverty and deprivation rises across Teesside. The pertinent questions today are those of remembrance, building local support for a new monument or museum to celebrate Teesside’s industrial history, and holding politicians like Houchen and Young to account for what they promised over the tower, and the economic regeneration provided by the Teessworks site.

If ‘levelling up’ is to mean anything, decisions around the region’s industrial icons must be undertaken democratically. I try to avoid cynicism, but when our new ‘representatives’ take such drastic and reactionary decisions in areas of huge importance for the area, I sincerely worry about the future of a Tory-led Teesside.