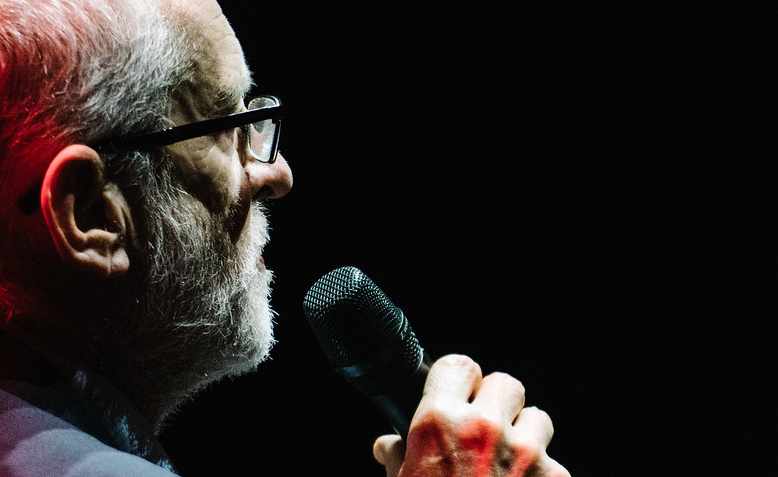 Lindsey German on the persistence of our ideas

It is a year since the whip was suspended from Jeremy Corbyn, so that he cannot sit (or stand for re-election) as a Labour MP. Despite protests from many on the left, there is no sign that Keir Starmer will lift this suspension. To do so would risk the wrath of all those who clamoured for it, including the Jewish Board of Deputies and Labour’s right wing, and he isn’t going to do that.

The aim of the right is to drive out all memory of Corbynism and to silence all those who supported him and the left more widely. It is thoroughly ruthless in this aim – very unlike Corbyn and his allies who were attacked and undermined by their opponents from day one of his time as leader of the opposition and did little to move against them.

Members are suspended and expelled at a whim – the latest being local councillor and former candidate in Harrow East Pamela Fitzpatrick, kicked out in a rule applied retrospectively for speaking to Socialist Appeal before it was a proscribed organisation. She says she has been the victim of casual abuse and harassment in recent months, and was told in September that she did not meet the minimum standards required to stand as a Labour councillor next year – despite having been one since 2014.

There are threats to deselect some of the brightest and most impressive young left MPs, including Zarah Sultana and Apsana Begum.

The right is not taking any chances and wants to so weaken Labour’s left that it never presents a challenge. As part of this, the 2017 election where Corbyn made gains and which resulted in a hung parliament, has been written out of history because it demonstrated that left wing ideas could be popular.

Starmer promised the left that he would continue with many of these policies only to dump them in fairly short order and to turn his guns on the those who fought for them.

It isn’t doing him much good electorally, because despite a really big Tory crisis which shows no sign of abating, Labour still struggles to get ahead in the polls. But it seems that many Blairites have already discounted winning the next election, and so are happy to spend time clearing out their enemies.

What is to be done?

These witch-hunts should be opposed in the strongest terms. They are an affront in any party which claims to be democratic and are using administrative methods to achieve political ends. But they also raise the question of how best to advance the left.

I take as given here that some people are leaving or have left Labour – only some of them voluntarily – but that also many are committed to ‘staying and fighting’. The question for the latter must be at this stage, honestly how is that going? But the question for both groups – and for those of us who supported the Corbyn project but from outside the party – is how do we organise?

There is much talk about new electoral parties/projects but they are at a great disadvantage in our electoral system and with the predominance still of Labour as the main working class party. Those that have been most successful in the past have also tended to come out of big social movements and struggles. This was true of Labour itself but was also true of the electoral success of the Communist Party post 1945 and of Respect from 2004 onwards.

Those struggles need to be built again. Society is in huge crisis. We face climate disaster, worsening poverty and inequality, the effects of the market on everyday lives, and especially the consequences of privatisation on public life and infrastructure, threats of war, continued oppression. There is much resistance to all these and more, but it is often fragmented and diffused.

The strength of the resistance now will determine future political outcomes and whether we win or lose important battles. The growing levels of industrial action are one sign of growing anger and willingness to fight back – and to strike at the heart of the system. We can build those struggles through the unions, organisations like the People’s Assembly, and other campaigns, whether we are members of Labour or not. And these are key to defending and extending the legacy of Corbynism.

The Tories are in major crisis, with Johnson’s standing in the party and the country low, resulting from the corruption scandals, the cutting back on promises about care, the ditching of the proposed rail improvements in the north, the crisis over Covid and the NHS.

However any internal crisis for the Tories can be resolved unless they face opposition. Starmer has stepped up his level of opposition over corruption but accepts the pro-market agenda to such an extent that he will not challenge many Tory policies, and was outflanked by Sunak over the rate of the minimum wage.

One major reason for Johnson’s unpopularity is that his success was built on a certain cross-class appeal, strengthened by Brexit. But now the class differences are starker. We know that Johnson does not give a toss about ‘red wall’ voters and supports the Sunak cutbacks which will make their lives materially worse. He will not deliver on housing and jobs, or the NHS. On the other hand the middle and upper classes who traditionally vote Tory are prepared to put up with a lot from Eton and Oxford educated leaders but fear that public spending and therefore taxation of their own pockets is too high.

Something has to give here. And opposition will be key to deepening these contradictions. But it is unlikely to come in any significant way from within the Palace of Westminster. Instead it will be on the streets, in the workplaces and the communities, that these battles will be lost or won.

The shame of Europe – weekly briefing