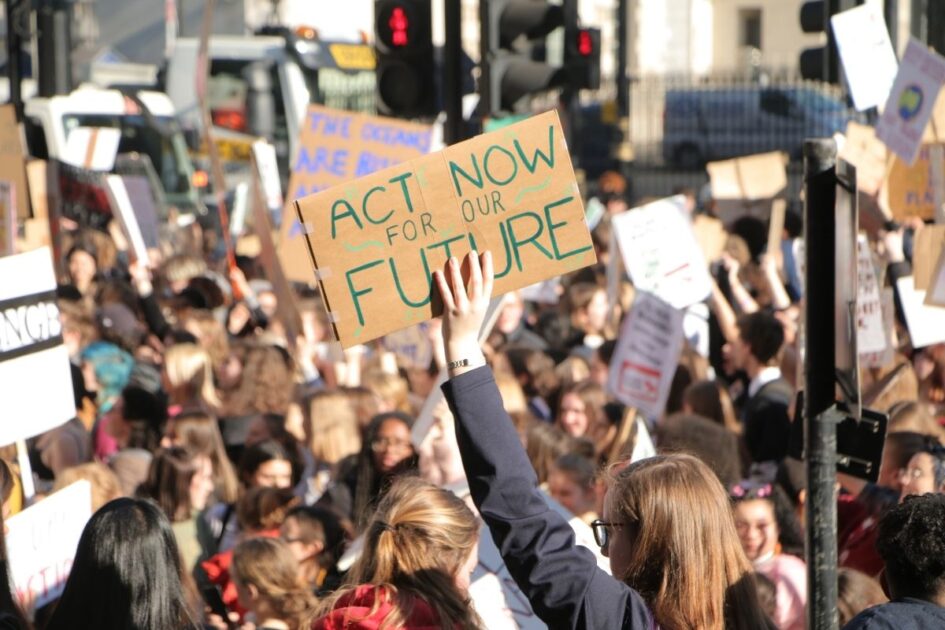 The King of Prussia once said that “once our bayonets begin to think, we are lost”. The same could be said of the establishment in regards to the youth.

At the present time, in the midst of this crisis, the ruling class can feel the ground beginning to shake under their feet.

There is a growing disquiet in society, especially among the youth. Long gone is any sense of optimism about the future. The current period is like that before the storm, when the air becomes dense, and difficult to breathe.

This ferment is most graphically reflected in a sharp change in consciousness, particularly amongst the younger generation, who are always a barometer of the pressures in society.

This is reflected in a wholesale rejection of the status quo and the rotten capitalist system.

How could it not be otherwise, when the gulf between rich and poor has never been greater; and when the greed of the capitalists is driving environmental destruction and a climate catastrophe? It has been ten years since riots and social unrest swept across Britain, following the police murder of Mark Duggan – a young black man – in Tottenham, north London.

Little has changed since then. In fact, things are decidedly worse.

Over the last decade, the national budget for youth services has been cut by £372 million, when adjusted for inflation – down by 73%. Some of the areas affected by the 2011 riots have experienced even steeper cuts.

Stop and search numbers are again on the rise, with black people still far more likely to be targeted by the police than white people.

Andrew Neilson, the director of campaigns at the Howard League for Penal Reform, said:

“Looking back on something like the riots after 10 years, one of the questions that you naturally think about is: will this happen again? And – not to be a scaremonger or anything like that – my answer to that question would be: very much so, yes, I could see it happening again.”

While Marxists do not condone rioting, we also understand that it is a symptom of the impasse of the capitalist system, which is particularly acute in Britain. Rather than this anger being squandered, it should be harnessed for the struggle to change society. The strategists of the ruling class are alarmed. A recent article in the right-wing Daily Telegraph had a terrifying title, summarising their fears: “The young really are dangerously socialist.”

This piece was referring to a survey by the Institute of Economic Affairs, a pro-capitalist think tank, entitled ‘Left Turn Ahead’, which looked at young people’s attitudes towards capitalism and socialism.

The author of the survey, Dr Kristian Niemietz, head of political economy at the Institute, explained that:

“Millennials were once portrayed as an apathetic generation. In the late 1990s, when the first millennials came of age, the Guardian writer Polly Toynbee described them as ‘airheads and know-nothings’.

“Over the past five or six years, however, the way this generation (those born between 1981 and 1996) is viewed has changed drastically. The rise of movements such as Black Lives Matter, Extinction Rebellion, and Momentum, and the way ‘woke’ campus culture has spread to the corporate world and beyond, have turned perceptions upside down. Today, millennials are typically seen as an intensely politicised generation, and specifically as a generation which embraces radical left-wing ideas …

“The overwhelming majority of young people really do express stridently anti-capitalist views across a broad range of issues. 70 to 80 per cent believe that capitalism fuels climate change, racism, greed, materialism, and runaway housing costs. Similar proportions support nationalisations and rent controls. Young people associate ‘capitalism’ primarily with exploitation, unfairness, corporations, and the rich, while associating ‘socialism’ primarily with terms such as ‘workers’, ‘equal’, ‘public’, ‘fair’, ‘communal’, and, yes, ‘Jeremy Corbyn’ (no, this is not over) …”

Dr Niemietz concluded, “those of us who believe that capitalism is a lot better than its reputation, and socialism is massively overrated, need to recognise that there is a problem here.”

This is the understatement of the millennium! Furthermore, Dr Niemietz found that the youth are not growing out of this radicalism.

“One of the main findings from my report,” he writes, “is that it is no longer true that young people ‘grow out’ of socialism as they get older, in the way some previous generations did.”

This radicalisation of the young is not only a feature in Britain, but can be seen in other parts of Europe and the United States. This international phenomena is a reflection of the global crisis of capitalism.

But these conditions are generalised, and affect older workers too. It is no accident that in the general election of 2019, Labour won more votes than the Tories amongst workers, with the Conservatives reliant on retirees.

Those under the age of 45 have spent their entire working lives in the ‘flexible’ labour market, under the Tories and New Labour.

With Starmer openly embracing big business and the legacy of Blairism, no wonder many youth are increasingly alienated from the Labour Party.

Young people have always been at the forefront of revolutionary struggle. And now is no different.

With the profit-hungry monopolies ravaging the planet, no amount of patching up capitalism will satisfy the new generation. For them, the socialist transformation of society points the way forward.

That is why Marxism is more relevant than ever before. And that is why the ruling class and their hangers-on are so anguished.

As Lenin explained: he who has the youth, has the future!