The Higher Ed Labor Movement Runs Full Speed Ahead Into 2023 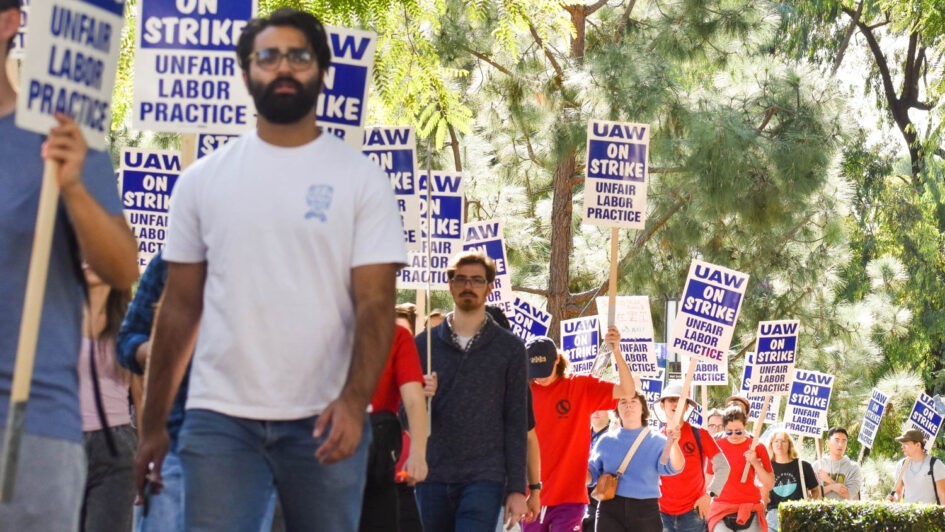 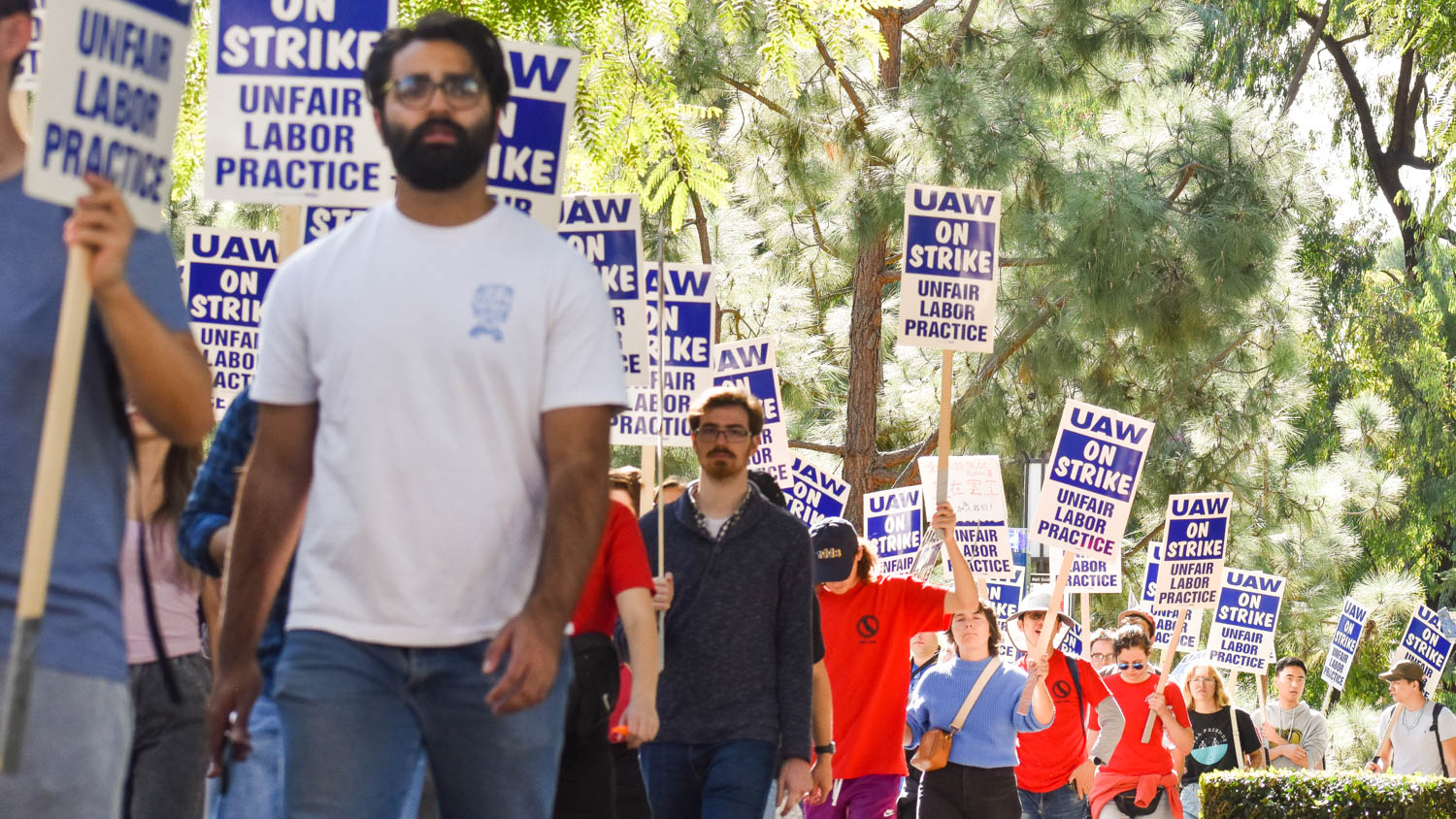 Just thirteen days into the new year, a new set of strikes are already brewing in the higher education labor movement.

At the end of 2022, workers in higher education had their eyes turned toward the weeks-long strikes at the University of California (UC) and The New School. These strikes were among the largest and longest that higher education in the U.S. has ever seen. In California, the striking unions represented about 48,000 workers. While the total number of striking faculty at The New School in New York was much smaller, they represented 87 percent of all teaching faculty at the university, showing the power of what a near-total shutdown of classes can do.

These strikes are part of a much bigger trend in the higher education labor movement, which has grown significantly in the last decade, with 144 new private sector faculty and/or graduate student bargaining units forming just between 2013 and 2019, and many more filing for elections in the public sector and in the years since then. In 2022, six of the seven biggest new bargaining units filing for National Labor Relations Board (NLRB) elections were unions of graduate student workers.

At the LaborNotes conference last June, the higher education sector meeting was so large that attendees had to request a bigger room. In the months since then, academic labor organizing has only continued to grow, especially among graduate student unions, and including an emerging trend of undergraduate unions following in the footsteps of the Union of Grinnell Student Dining Workers (UGSDW). Over 30,000 graduate student workers went public with their unions in 2022, and another estimate suggests that as many as 330,000 academic workers will be bargaining for new contracts in 2023, on top of any new unionization efforts that emerge this year.

While higher education is not the most strategically placed sector of the labor movement (like logistics or transportation), these struggles do take on extra weight in the context of the student debt crisis, public divestment from education, and right-wing attacks on “critical race theory” (by which they mean any discussion of racism), queer people in general and trans people more specifically (including teaching about these topics), and all forms of “wokeness” (defined in Florida as any acknowledgement of systemic oppression). When state governments cut funding, when universities raise tuition, and when laws are passed to control what content can be taught in schools in favor of a bigoted and repressive status quo, organized labor is best positioned to fight these attacks. In this context, the growing strength of the higher ed labor movement is a beacon of hope, although much greater levels of organization and militancy are still required.

At The New School, part time faculty (UAW Local 7902) voted down management’s “last, best, final offer” and eventually won their contract shortly after students began an occupation of the main academic building, students’ parents began a lawsuit against the university, and full-time faculty demanded the university rescind its plan to begin docking pay and benefits. The contract was ratified with a margin of 97-3 on New Year’s Eve. At the University of California, the final contracts for SRU-UAW and UAW Local 2865 were much more controversial, passing with a yes vote of 68.4 percent and 61.6 percent, respectively, and with deep disparities across campuses — at UC Santa Cruz, for example, only 19 and 20 percent, respectively, of voting members voted in favor of ratification. This was the result of intense and bitter disagreement within the union on questions of concessions, strike tactics, and principles of union democracy, which have sparked important debates across the higher education labor movement.

Despite their differences, both strikes remain important sources of inspiration for academic workers at other schools. The struggle at The New School is an example of incredible solidarity between striking workers, tenured and tenure-track faculty, and the student body, while the UC unions managed to organize 48,000 workers spread out across an entire state into the biggest strike higher education has ever seen. Now, only seven days into the new year, workers at other universities are taking up the banners of struggle.

In addition to these strikes, graduate workers at Yale (Local 33 United Here) are already celebrating the end of their 50-year fight for unionization, which began in 1972. Votes from their NLRB election were counted on January 9, with the union winning 91 percent of the vote. Graduate student workers at Northwestern University followed soon after, winning their union with 93.5% of the vote on January 12. Two more grad worker unions are also holding NLRB certification elections later this month: the University of Chicago, and Johns Hopkins University. These unions, along with Northwestern University Graduate Workers, are affiliated with UE, known for being one of the most rank-and-file-oriented and least-bureaucratic of the major international unions. They are also all among the biggest new bargaining units that filed for elections with the NLRB in 2022. CalTech and the University of Pennsylvania both recently announced large increases to graduate students’ stipends, which workers compare to the increases to grad student pay at Princeton University shortly after the Student Workers of Columbia (SWC-UAW Local 2710)’s strike in 2021. Preemptively raising wages to fend off unionization is part of the university union-busting playbook offered by law firms.

A Growing Sector Of The Labor Movement

Speaking to the Los Angeles Times, Kate Bronfenbrenner, Cornell University’s director of labor education research, said that the pandemic played an important role in the current surge of academic labor organizing in the last few years. Already facing low wages, many workers also realized their employers were more than willing to send them into classrooms with poor ventilation, no mask requirements or air filtration, and no vaccines. While some schools remained online for an extended period or allowed teachers to choose the modality of their classes, other schools returned to in-person learning months before the first vaccines were available to protect workers and students from severe infection. As universities adjusted their budgets, some workers — including those at The New School and at Fordham — took pay cuts or were forced to forgo scheduled raises. And just as in other sectors, few workers have been given extra pay to account for the additional labor associated with working under pandemic conditions. Along with inflation, however, these changes are only the most recent injuries in the context of decades of austerity, a three-tier system of faculty labor, and the increasing proletarianization of academic workers.

Even at colleges and universities without unions, or where collective bargaining is banned, workers can see the struggles happening all around them and take lessons and inspiration for organizing themselves. After all, the red state teachers strikes of 2018-2019 happened primarily in states without unions or collective bargaining rights. A common maxim in the labor movement is “a rising tide lifts all boats.” It means that when workers at one workplace win a demand or ratify a strong contract, there are ripple effects across the entire sector, not just in terms of further wins against the boss, but also in terms of new organizing. Strong higher ed labor unions can win not only gains in wages and other workplace issues, but also fight for things that affect the whole campus community, like free tuition for students, disability protections, and cops off campus, and also things that affect the whole working class, like right-wing attacks on the most vulnerable. Every successful unionization effort, every successful strike, is evidence that it can be done, and shows what can be won when workers band together to stand up to the boss.

The sugar runs out

The End of the Speed Limit on the Highway to Nowhere

Union organizing surged in 2022: Let’s push for a radical labor movement in 2023

A Labor Movement to Challenge the Billionaires