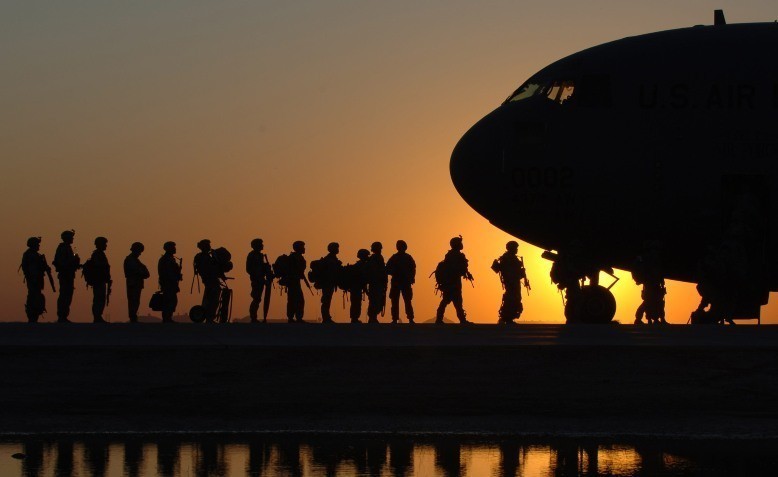 The whole idea that the world’s largest imperialist nation could ‘remake’ a country was a conceit born of overweening power, argues Lindsey German

As the last US soldier left Kabul on Monday night, Joe Biden acknowledged the defeat not just of the war and occupation there but of the whole policy of liberal interventionism. ‘This decision about Afghanistan is not just about Afghanistan. It’s about ending an era of major military operations to remake other countries’.

The wars started by George Bush – ably abetted by Tony Blair – have come to an ignominious end. Those of us who argued 20 years ago that this war should never happen, that it would worsen terrorism worldwide and worsen the lives of millions, have been proved right. There were many who saw that the war and intervention launched then would not succeed in its aims. We were ignored by politicians, media and military who launched a propaganda war to cheer the real one.

They have a lot to answer for. The wars in Afghanistan, Iraq, then Libya and Syria have seen more than a million dead, many more have become refugees, and whole countries have been devastated by their consequences. The human costs have been immense – in the countries wrecked by war but also in those launching the wars. Biden acknowledged in his speech that 18 veterans in the US commit suicide every day. The loss felt by families of those killed never goes away. The future costs of medical care and disability for those who served in the wars runs into billions.

The US has spent $300 million a day on the Afghan war alone, at the expense of health care, education and much else. It has left Afghanistan one of the poorest and least developed countries in the world. For all the talk of making Afghanistan free from terrorism ISIS-K has grown as a force under the occupation, just as it did in Iraq. The Taliban, defeated very rapidly in 2001, have been able to seize back a country governed by corrupt pro-US politicians and unable to deliver for most of its citizens.

The whole idea that the world’s largest imperialist nation could ‘remake’ a country was itself a conceit born of overweening power and military might. The vast bulk of Western resources in Afghanistan went into military and related expenditure, as it was always going to. The war and its successors were about regime change and asserting Western imperialism’s role, not championing human rights.

Those who argue for continued ‘humanitarian intervention’ are spreading the illusion that this was ever on offer. It was not. It is therefore right for the troops to leave and for the Afghan people to decide their own future. The west should help through reparations and accepting refugees as equal citizens, not as the pariahs they are treated by Western governments.

Despite the bluster of the British government, the withdrawal has shown its weakness. There is no independent military operation (or even evacuation) without the US.

There is little sign of government or media here facing up to the reality of the past 20 years’ failure. Instead, the very military and politicians who caused such a catastrophe are asked for their opinions on a daily basis while those who predicted this outcome are ignored.

Yet the impact of anti-war movements on public opinion and on shifting perception of wars has been profound and it continues. It’s why Biden still talks about ending the ‘forever wars’. And it’s why, as tensions grow with Iran, Russia and China – all of whom will be playing a role in Afghanistan – we need to keep campaigning.

Reposted from Stop the War