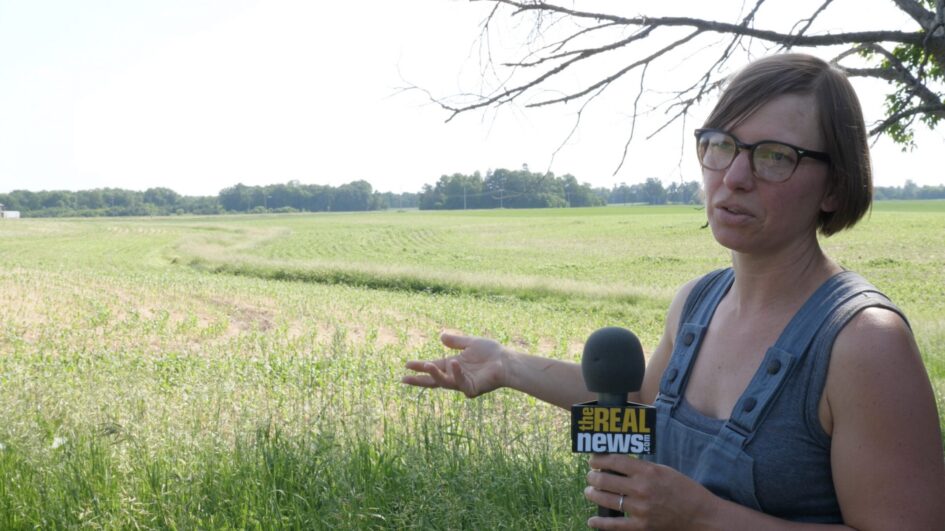 Over the summer, TRNN Editor-in-Chief Maximillian Alvarez traveled to Wisconsin to report on a crucial struggle that has been largely ignored by corporate media. Residents of rural Polk, Burnett, and Crawford counties in western Wisconsin have been embroiled in battles over the proposed construction of industrial “hog factories” in their communities, which would collectively house roughly 34,000 hogs. These concentrated animal feeding operations (CAFOs) would also produce millions and millions of gallons of liquid manure a year, and residents fear they could cause irreversible damage to their land, air, water, property values, and ways of life.

What’s happening in Wisconsin is part of a larger historical shift that has seen Big Agriculture and factory farming take over an industry that used to be dominated by small and mid-sized farms. The government-aided rise of industrial agriculture and meat production has pushed the independent farmers who still remain in operation today to the brink of extinction. As part of a special collaboration between The Real News Network and In These Times magazine for “The Wisconsin Idea,” Alvarez, Cameron Granadino (TRNN), and Hannah Faris (In These Times) went to Crawford, Polk, and Burnett counties to speak with residents about their concerns and about their struggles to defend themselves against Big Agriculture and the factory farming industry. You can watch their full documentary report here.

In this special Working People episode, we follow up on the reporting Alvarez, Granadino, and Faris did over the summer and speak with a panel of folks who were involved with producing and publishing those reports. We also update listeners on the ongoing struggles in Polk, Burnett, and Crawford counties to halt—or, at least, adequately regulate—the proposed CAFOs. Guests on this panel include: Forest Jahnke, Program Coordinator for the Crawford Stewardship Project; Lisa Doerr, an independent hay farmer & resident of Polk County; Hannah Faris, associate editor of “The Wisconsin Idea” at In These Times; and Maeve Conran, Program Director for Free Speech TV and host of Just Solutions.

The Wisconsin Idea is an independent reporting project of People’s Action Institute, Citizen Action of Wisconsin and In These Times.