‘The invasion of Afghanistan was a fraud’: an interview with John Pilger 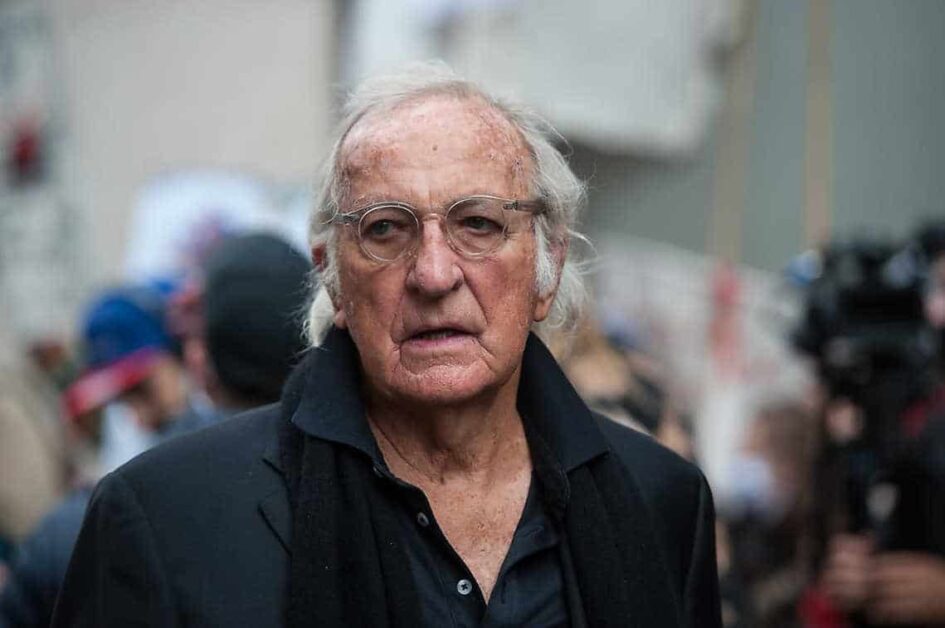 John Pilger is one of the world’s most acclaimed investigative journalists and documentary filmmakers. He is a recipient of several prestigious awards, including an Emmy and a BAFTA. He has contributed to various international publications and news services, including The Guardian, The New York Times, BBC World Service, and Al Jazeera. Mr. Pilger has directed more than 60 documentaries capturing some of the important events of 20th and 21st centuries. In 2003, he directed Breaking the Silence: Truth and Lies in the War on Terror. In this interview, he talks about the present political developments in Afghanistan, the war on terror, and the history of the Taliban. The following are edited excerpts from the interview. —The Hindu

Twenty years ago, the U.S. entered Afghanistan with the promise of overthrowing the Taliban, establishing democracy and ending terrorism. But today the Taliban are back. How do you look at the situation?

President George W. Bush’s ‘promise’ to establish democracy in Afghanistan was a rhetoric for domestic consumption. The invasion of Afghanistan was a fraud; the Taliban were a convenient target to satisfy a political lust for revenge for 9/11. An authentic military response to 9/11 might have seen U.S. bombs falling on the palaces of Saudi Arabia — most of the 9/11 hijackers were Saudi nationals, not least Osama bin Laden himself; not one was an Afghan.

Moral posturing over 9/11 had almost nothing to do with the invasion of Afghanistan; bin Laden had already left Afghanistan and the Taliban anyway wanted to get rid of him. To the U.S., Afghanistan’s usefulness had been as a battleground on which to bring down the Soviet Union. This had been achieved long before 9/11.

The suffering in Afghanistan has also been profitable. The American war industry has tested and deployed numerous new products there. A recent study tells us that if you purchased $10,000 worth of stock in America’s top five defence contractors on September 18, 2001 — the day President George W. Bush signed the Authorization for Use of Military Force in Afghanistan — you would now be much richer.

As someone who has observed West Asia for decades, who are the major stakeholders in the Arab world? The unrest in West Asia is often attributed to be the by-product of the U.S. or ‘imperial’ involvement in the region.

Without imperial intervention, the Arab world would have been very different. Egypt might not be the tyranny it is today. With the rise of Gamal Abdel Nasser and the popular hope of a nationalist, semi-socialist Egypt and a region shaped by pan-Arabism, the U.S. and Britain responded by deploying religious extremism. Their first victory was the crushing of Nasserism. Since then, Israel, a colonial creation of the West, has been modern imperialism’s watchtower and attack dog in the region. Without American support, Israel would have been forced to become a normal country and to make peace with its neighbours; Palestine would have emerged as an independent entity. Instead, Israel remains a permanent provocateur.

The general narrative created before any intervention perhaps is that ‘imperial occupation is the only viable solution to bring about regime change in a corrupt and dictatorial state’. How do you look at this in the light of examples from Latin America, Africa, West Asia, etc.?

When you accept that ‘might is right’ – the maxim of imperialism — you accept the place of criminality in world affairs.

You have been a critic of Western foreign policy for decades. How is it possible for a ‘superpower’ to retain its dominance without ‘dealing’ with the threatening countries?

Modern powers can and do assert their power without behaving like 19th century enforcers. China’s ‘Belt and Road’ plans have brought welcome structural investment to hundreds of developing nations. China, while asserting its undisputed developmental power, gives no impression of seeking to dominate by force or coercion: the principal methods of imperialism. This is not to say that ‘client’ nations can afford to drop their guard when dealing with China, or Russia, or any other apparently benign great power; but the historical and contemporary record tells us that China has none of the colonising ambitions of Europe and the U.S. Whatever criticism one may have of China, its modernism and willingness to live in peace with the world are demonstrable.

The Taliban are in power in Afghanistan. What helped them gain power so rapidly?

The Taliban were part of the rise of jihadism brought about by the U.S. and Britain in the 1980s and 1990s. They are a puritanical offshoot of the mujahideen, which were backed and emboldened by Pakistan’s intelligence services and bankrolled and armed by the CIA and Britain’s MI6. For the U.S., the singular strategic purpose was destabilising the Soviet Union, which shares a border with Afghanistan. When the Soviets walked into the ‘trap’ laid by the West, and invaded Afghanistan, the international power of jihadism grew rapidly. There are many ironies and tragedies. The Taliban gained power in Afghanistan by overthrowing that country’s most progressive government – which in the 1970s had given equal rights to women.

In planning to leave Afghanistan, the Trump administration chose the Taliban to discuss the transfer of power in Doha. Many argue that this action gave some legitimisation to the Taliban. Why did it prefer the Taliban to the Western-supported democratically elected government?

The Afghan government was not democratic, neither was it democratically elected. It was a corrupt shell, and Donald Trump and his planners knew it would fall without U.S. backing. They were being expedient. When the U.S. abandoned the South Vietnamese regime in 1975 – which it had installed – the regime fell overnight. Its only legitimacy was its American sponsorship. The people suffering at Kabul airport are the victims of this same sponsorship; they are the victims of imperialism.

With the Taliban in Kabul, will Afghanistan be a haven of Islamist terrorists in the coming days?

Well, it depends on what you mean by terrorism. The most ubiquitous terrorism in the world is state-sponsored; America’s ‘war on terror’ was, in reality, a war of terror. Eight Muslim countries were devastated. In Latin America, the U.S. has been running a war of terror since the early 20th century. If you mean ‘Islamic terrorism’, the future is unclear. The Taliban have a serious enemy in the Islamic State, whose terrorism is only too well known.

What does the Taliban rule mean for the world and West Asia in particular?

I am not a futurist. I don’t know what Taliban rule will be like for Afghans. If the UN allows the West to isolate and ‘sanction’ Afghanistan, the Taliban will develop a siege mentality and their rule is likely to be harsh. The one lesson of the disaster in Afghanistan is that imperialism causes incalculable human suffering. Isn’t it time we learned that lesson?