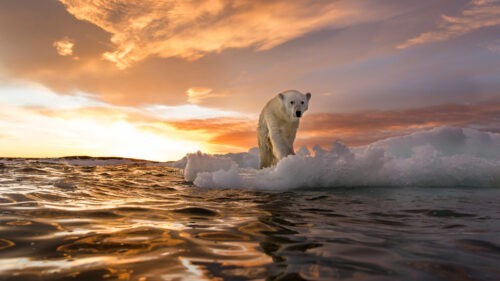 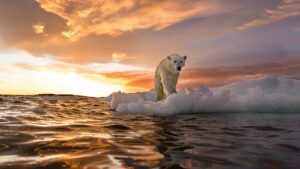 NASA claims that 2022 was one of the hottest years ever recorded with record-breaking heat waves around the world, as major commercial waterways, like the Danube, Po, Rhine, Yangtze, and Mississippi rivers temporarily dried up leaving humongous river barges choking in mud.

But that was merely global-warming-lite.

The real global warming threat is invisible. It’s the oceans where 90% of planet-generated heat is captured, and it’s starting to impact the climate system with increasing ferocity. Statistical records dating back to 1958 show a relentless rise in global ocean temperatures that rapidly accelerated post 1990. By now, it’s evident that climate change got a set of wings during the final decade of the 20th century, and it’s still soaring.

According to a recent extensive study by Lijing Cheng, et al., (“Another Year of Record Heat for the Oceans,” Atmospheric Sciences January 10, 2023): “The inexorable climb in ocean temperatures is the inevitable outcome of Earth’s energy imbalance, primarily associated with increasing concentrations of greenhouse gases. The trend is so steady and robust that annual records continue to be set with each new year.”

The repercussions are immense but not recognized until it’s too late, which is the unique characteristic of invisibleness. The general public, plus country leaders, do not connect with this hidden monster. After all, it is invisible. That one fact alone may explain why the world’s nation/states have not felt enough public pressure nor truly come to grips with the danger in order to aggressively take unified steps to halt rapid increases in CO2 and other greenhouse gases. It’s because so much of it is invisibly hidden in the sea; this then explains, in part, the wasteful series of bereft annual UN Conferences of the Parties COPs with almost zero net results after three decades of haggling over the same subject time and again. Regularly, greenhouse gases continue setting new records in the face of 30,000-40,000 professionals meeting annually to discuss the subject of too much CO2.

If in fact global warming could be flipped and the oceans replace the atmosphere with its heat content turned loose for all to see, feel, and experience, it would create a panic-stricken world that would likely burn up over time, as if it’s an emergent Venus with its 95% CO2 atmosphere and 850°F temperature, hot enough to melt metal.

For example, according to Ken Buesseler, a biochemist at the prestigious Woods Hole Institute in Massachusetts: CO2 levels in the atmosphere “would jump by nearly 50 percent” without the many ecological services the twilight zone (ocean) provides. Already, the ocean stores 50 times more carbon than the atmosphere and 20 times more than all plants and soil combined. (Source: Bella Isaacs-Thomas, “When it Comes to Sucking Up Carbon Emissions, ‘The Ocean Has Been Forgiving.’ That Might Not Last,” PBS News Hour, Science, March 25, 2022).

Meanwhile, Argo, which is a global collaborative partnership with several nations maintaining an array of ~4000 autonomous ocean floats (Argos) that each profile vertically from 2000m once every 10 days, measuring temperatures and salinity data.  The data from Argo allows for unprecedented spatial coverage of the world’s oceans, with approximately one float per 3-degree box across the global ocean where it is deeper than 2000 meters.

So then, what are the repercussions of too much heat in the oceans?

For starters, the year 2022 saw the most volatile climate behavior of any current lifetime, massive floods, pounding droughts, depleting reservoirs everywhere, as the oceans reacted to too much heat. Studies clearly show that the world’s seas are the predominate influence on global weather. As oceans get hotter, they supercharge extremes like intense hurricanes and massive pounding atmospheric rivers with its sights recently set on Northern California, nearly slip-sliding into the ocean.

According to an article in the Guardian that discussed the Cheng study: “The international team of scientists… concluded: ‘The Earth’s energy and water cycles have been profoundly altered due to the emission of greenhouse gases by human activities, driving pervasive changes in Earth’s climate system.” (Source: Damian Carrington, “Oceans Were the Hottest Ever Recorded in 2022, Analysis Shows,” Guardian, January 11, 2023)

“Prof John Abraham, at the University of St. Thomas in Minnesota and part of the study team, said: ‘Measuring the oceans is the most accurate way of determining how out of balance our planet is… We are getting more extreme weather because of the warming oceans and that has tremendous consequences all around the world,” Ibid.

Another major study claims it is highly likely that the oceans are now at the hottest in over 1,000 years and heating up faster than any time over the past 2,000 years. (Source: Annual Review of Marine Science by Department of Physical Oceanography, Woods Hole Oceanographic Institutions, January 2021).

Moreover, as for the global warming outlook, it’s lousy! The World Meteorological Organization recently reported that atmospheric concentration of the main greenhouse gases, carbon dioxide, methane, and nitrous oxide reached all-time highs as of October 2022. Alarmingly, the WMO found the biggest year-over-year jump in methane which is a major concern as it is a powerful stimulant of global warming. Methane emissions have skyrocketed, hitting +262% pre-industrial levels.

Posthaste, meaning like yesterday, scientists claim we need a major transformation of our industrial, energy, and transport systems and whole way of life, as time is running out to do much of anything to alleviate a thundering freight train behind that bright light at the end of the tunnel, assuming it can even be done. The UN has been warning for some time now that even with current emissions pledges by countries, which few if any seem to honor, it will lead to catastrophic climate breakdown. And, based upon the out-of-control climate system of 2022-23, it appears to have already started in earnest. So, forget all the phony promises of “net zero by blah-blah-blah” and buckle-up!

Still, a universal plan to address the biggest threat of all time to humanity awaits in the wings. Yet, understandably, it’s nearly impossible to really impart to the general public and to national leaders the gravity of the situation the way climate scientists see it. Many of them are scared, really scared.

Of even more concern, watch out below/duck for cover as the amount of latent heat contained in the oceans combines with a distinct possibility of the current La Niña, a cooling trend at the equatorial Pacific Ocean (which served to cool the hottest year in 2022 — didn’t help much, hmm) ends and transitions into El Niño, when the waters of the equatorial Pacific turn much warmer with extensive global impact. This could result in a super cycle of crazed weather patterns throughout the world getting even crazier with scorching bouts of drought followed by Noah’s Ark flooding, followed by city-flattening hurricanes followed by who-knows-what’s next. This is all within the realm of possibility more so than ever before because of the constant pressure of more and more CO2 and sister gases spewing into the atmosphere as the oceans may now be too weakened or simply unable to continue absorbing 90% of planetary heat and 30%-45% of CO2, which is becoming more and more evident via the ballistic off-the-charts climate system of recent.

The ocean is now paying the price for years of absorbing heat and CO2 to enable a stable climate system, until now.

The Sudanese Revolution is in danger

Our anger is everywhere: posh schools feel the heat – News from the Frontline