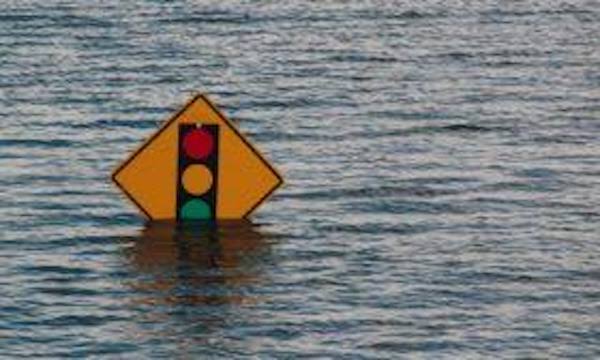 After an 8 year wait, the IPCC’s Working Group 1 released its 6th Assessment Report (AR6): The Physical Science Basis. This report comes at a crucial time 12 weeks ahead of COP26 in Glasgow and against a backdrop of devastating weather events, impending tipping points and increasingly smart greenwashing across the world.

New and updated climate models have added to the understanding of the climate, with climate communications and grassroot movements contributing to the creation of net-zero targets, ambitions setting and policy changes at all levels of society.

“It is unequivocal that human influence has warmed the atmosphere, ocean and land” – AR6

Since pre-industrial times, global temperatures have increased by 1.07˚C as a result of human activities and CO2 concentrations are rising at an unprecedented rate to their highest levels in at least 2 million years. The report clarifies that the 1.5˚C rise, a rise that is believed to minimise major environmental catastrophes, will be reached sometime in the 2030s and will continue rising unless drastic action is taken now to reduce emissions.

In addition, the study warns that methane emissions have contributed around 30-50% to current warming, equivalent to about 0.5˚C. The majority of methane emissions comes from a range of human sources, including from the production, transport and use of natural gas, but the particles have significantly more warming potential than CO2.

Figure 1: History of global temperature change and the causes of recent warming AR6 also highlights that human influenced global warming is leading to ice melt, rising ocean temperature and thermal expansion contributing to more than 90% of sea level rise. As a result, sea levels are rising at the fastest rates in at least 3000 years.

Perhaps the most obvious impact of human-induced climate change is the effect on weather and climate extremes. The report nicely highlights how 10-year and 50-year weather events are increasingly likely at each temperature scenario. More frequent and severe climate and energy disruption will keep climate at the centre of discussions and place increasing pressure on those industries and countries who continue generating emissions without meaningful targets.

Figure 2: Projected changes in extremes are larger in frequency and intensity with every additional increment of global warming In AR6, scientists updated the estimated carbon budgets remaining from the beginning of 2020 for three temperature limits. Carbon Tracker estimates the number of years until the budget is reached at current rates of production, as illustrated below – just 9 years for a 66% chance of keeping temperatures under 1.5˚C and 16 years for a 1.7˚C.

Our 2019 analysis in Breaking the Habit showed that existing oil operations will already take the world beyond the 1.5˚C temperature target. The IEA’s Net ZeroEmission scenario substantiated this earlier this year. Whilst the methodologies differ, the message is the same: there is a limited carbon budget left and action is needed now.

Whilst AR6 makes for sombre reading, it has ratcheted up the degree of confidence in the science. Temperatures will continue to rise until at least the mid-century, unless strong, rapid and sustained reductions in CO2 and other greenhouse emission are made immediately.

At Carbon Tracker, our analysis shows that solar and wind potential is far higher than that of fossil fuels and can meet global energy demand many times over, unlocking huge opportunities for society. Not only are renewables becoming cost competitive (see Do Not Revive Coal and Reach for the Sun), increasing fossil fuel’s stranded asset risk, but they’re also far less disruptive and more physically and economically accessible for communities globally. This is particularly important for countries in the global south, who are disproportionately affected by climatic events stemming from emissions generated by developed countries and most at risk from declining fossil exports.

But we need governments to be pushing in the right direction. Foot Off the Gas questioned the logic of the UK’s planned gas power pipeline, and as AR6 highlights the threat and potency of methane emissions, this throws the government’s pro-gas energy strategy into more contentious territory ahead of climate talks where the UK will attempt to position itself as a global leader.

AR6 lays the foundation for meaningful outcomes at COP, emphasising the need for strong leadership from the public and private sector to ensure a just transition, a move towards net zero and ensuring financial support is available. Policymakers need to use the science and data available from the IPCC to review their climate actions, and emissions reductions and assess how they can be a contributor at all levels of society. Business as usual is no longer an acceptable strategy, however slick the net zero greenwashing.

Even as the news cycle moves on from this IPCC report, we will continue to see climate ambition, denial, activism, and chaos, at the forefront of global debate. What is now crucial, with just 9 years remaining until the carbon budget for 1.5 degrees is likely exhausted, is how swiftly we all act upon this alarm sounded by the world’s leading climate scientists:

“Dangerous climate change is not some far off target, it is here now. And the question is, how bad are we willing to let it get?” – Professor Michael E Mann on Outrage and Optimism on 10th August.

On the brink–the scenario that the IPCC is not modelling