“The Lesson Here Is That the System Is Cruel”: Keri Blakinger on Prison Journalism 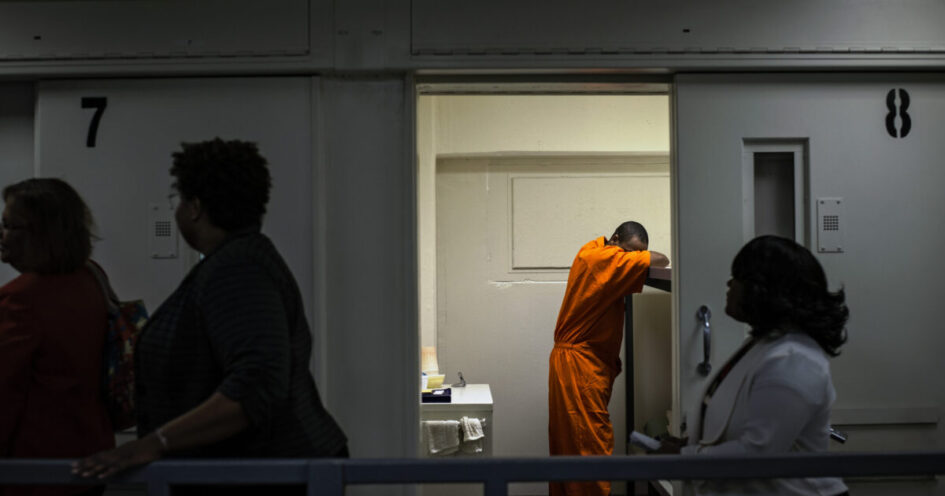 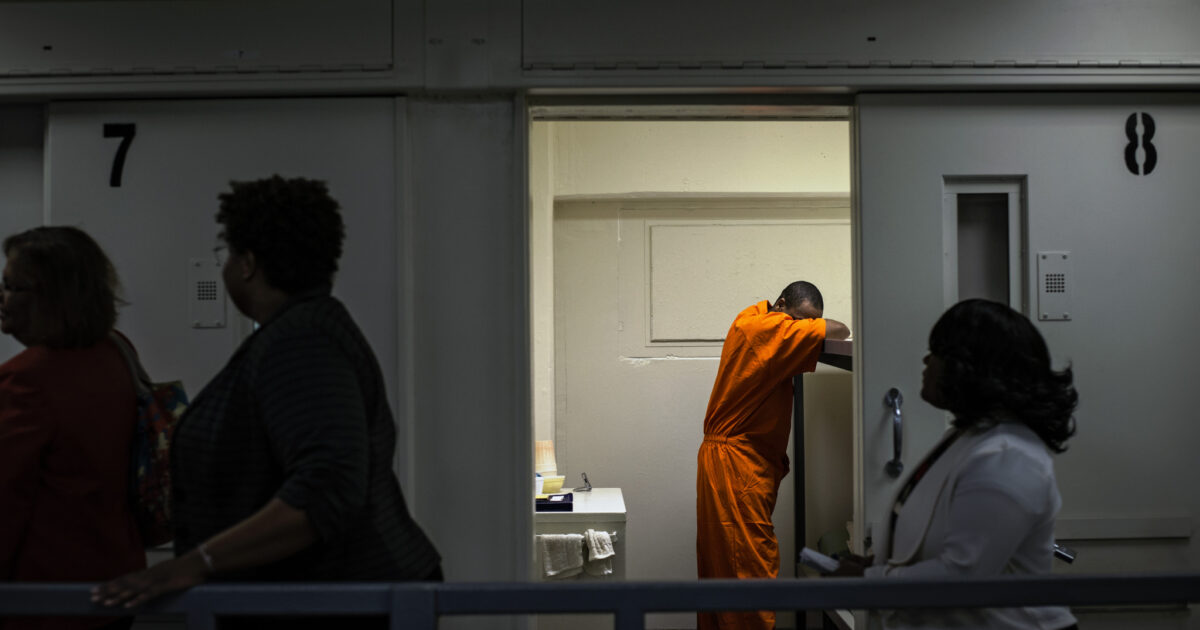 From 2010 to 2012, Keri Blakinger was incarcerated in state and county correctional facilities for possessing a “tupperware of heroin.” Since then, she has gone on to work as a prison reporter at the Houston Chronicle, The Marshall Project and, most recently, the Los Angeles Times. In June 2022, Blakinger published Corrections in Ink, a memoir about her experience in the prison system. The book shows how Blakinger and fellow incarcerated people navigated the New York state prison system, profiling their resilience in the face of dehumanizing conditions.

Since its release, Blakinger has shared notes on Twitter from people in prison who have found the book to be a tool for hope and post-carceral strength. But a few months after its publication, Blakinger learned the Florida Department of Corrections was considering permanently banning her “dangerously inflammatory” book at prisons across the state after an inmate at Okaloosa Correctional Facility requested the book through the Prison Book Program. Once the request came in, the prison impounded the book on the grounds it was “a threat” to the “rehabilitative objectives of the correctional system.” Blakinger finds it ironic that Okaloosa County, which has one of the highest rates of sentence enhancements in the state of Florida, is framing her book as a danger to rehabilitative goals, especially when the book “is literally about rehabilitation,” as she told Houston’s ABC13 Eyewitness News. “It’s about someone who was doing drugs, got sober and carved out a new life.”

Blakinger spoke with In These Times about how Covid-19 has changed the landscape of prison journalism, the ethical challenges of working with incarcerated sources and the importance of reporting accurately on prison labor. This interview has been edited for length and clarity.

You Started As A prison Reporter At The Marshall Project Just A few Months Before The Pandemic Started. In Your Book, You Say Those First Months Of The Pandemic Taught You More About The Cruelty Of Prison Than A decade Of Experience Had Before. What Do You Mean By that?

Early in the pandemic, people in prisons were desperate: the overcrowded communal spaces created a tinderbox for contagion. Many prisons responded by locking people in their cells for months at a time. So incarcerated people began reaching out to reporters, establishing relationships, and getting their stories out. They also began posting prison TikTok and Facebook videos showing the deteriorating conditions and crowded spaces in some of the first federal prisons hit particularly hard by Covid. So in the early months of the pandemic, I was getting an actual view into prison systems that I had never been incarcerated in — seeing things inside of federal prisons, Texas prisons, Alabama prisons.

So much of that was because of the rise of contraband cellphones in prisons. Contraband phones have always been around in prisons, but during the pandemic, people were able to keep contraband phones for longer because staff weren’t searching the cells as often for fear of Covid exposure. So people who might’ve previously had phones for a few weeks at a time were now able to keep them for months, and that gave them more time to give us a front-row seat view of what was going on in prisons. It was also around that time that I started working at The Marshall Project and coming into contact with a lot more incarcerated people, which also helped me see things in a way that I hadn’t when I was doing time.

As A journalist, You’re Committed To Protecting Your Sources. When People Send Photos Or News From Inside Of Prisons, How Do You Make The Difficult Call On What To share?

When it comes to things like photos and videos, the biggest question I ask myself is, “Will this identify the source?” Because you have to assume the source is going to get in trouble if discovered. It’s not always true that they will get in trouble, but at least, in theory, they could, because possessing a contraband cellphone is against the rules or against the law in all the prison systems that I’ve covered. Some officials don’t really enforce these rules, but given that the most likely outcome of being identified is being put in solitary confinement, we have to start by assuming that being identified is dangerous for incarcerated sources.

This means asking yourself, “Is this photo of inedible-looking prison food with mold on it going to identify the unit that it came from, and if prison officials can identify the unit, is that sufficient for them to identify the person who took the image? Will they identify the means by which the image got to me and any intermediaries involved? Will the source face consequences? Are they OK with that?”

And even if they say they’re OK with this level of risk, am I — as a reporter, as a compassionate human — comfortable with putting them at risk? If a source for a sensitive story outside prison says they are OK with the risks involved in speaking out, the journalist can say, “OK, that’s it.” But when someone is in prison and they’re in such a vulnerable position, I take a second look at the level of risk involved. The challenge is to not be weirdly paternalistic about it. I don’t want to [say] that incarcerated people can’t make their own decisions as informed adults, but I also recognize that there’s a power dynamic here that I need to be really wary of.

Do You Think That Reporters Covering The Criminal Justice System Generally Do A good Job Being Sensitive To The Risks Incarcerated Sources face?

It’s a really mixed bag. There are some reporters who approach incarcerated sources very much as they would approach sources on the outside, and if that person says they’re OK with being identified — [they] just go with that. But a lot of other reporters do reach out to me with questions about what situations it’s OK to identify someone in, to what degree and how [to] have these conversations with their editors, given that editors are often used to older journalism practices that predate cellphones in prison.

For completely understandable reasons, journalism has tended toward not wanting anonymous sources. Even today, it’s hard for editors who haven’t done time to wrap their heads around why even publishing simple facts, like the fact that there was flooding in a cell, could risk identification and retaliation. So there’s definitely some tension there between the risks faced by incarcerated sources and the journalistic pressure to identify one’s sources.

Some of your reporting on incarcerated people’s lives has focused on prison labor, such as your piece on prisoners working For Free in Texas. What are some of the ways that prisoners experience labor as opposed to how the prison system represents it?

I have reported on prison labor programs, and in the process I have heard prison officials claim that this work is valuable because it will teach incarcerated people job skills which will help them get employed when they get out. But many people in prisons come from urban areas where factory and farm jobs are hard to come by — there’s actually not a lot of farm jobs, period. So in a lot of places, prison labor programs don’t offer the necessary skills to actually get jobs on the outside.

In many states, prison jobs don’t pay or pay very little — less than a dollar an hour. Working a prison job that pays 16 cents an hour, or even 50 cents an hour, doesn’t do much to convince you of the value of hard work if you can’t even afford phone calls to your family and if you have to work multiple hours to afford one tampon. The lesson here is that the system is cruel.

At the Albion Correctional Facility, you worked for 16 cents an hour as a gym recreation aide — a job that seems different from the Prison Factory Jobs you report on. What are the different business models at play in different types of prison labor?

People often think of prison labor as the system where for-profit companies contract out factory and farm work to prisoners, and while this is true, the reality is a lot of prison jobs are just things to keep the facilities running. When I was in prison, I had various required jobs — working in the mess hall, on the grounds crew, shit like that.

If staff had to do all of these jobs, prisons would be vastly more expensive. Prisons rely on prisoners doing a lot of the work to keep the prisons running. It’s the only way to maintain the existing structure of mass incarceration.

Your Book, Which Sheds Light On Many Of These Questions, Is Currently Banned In Florida Prisons. Is There Still A chance For An appeal?

The secretary of corrections, Ricky D. Dixon, has requested a special meeting of the prison systems’ Literary Review Committee to review that ban and potentially reverse it. That meeting to re-evaluate is scheduled to be held on January 20.

‘We were stronger than they were cruel’: How part-time faculty won their strike at The New School

A lesson from Simón Bolívar: ‘To Hesitate is to Perish’

The lesson we should have learned from ‘Silent Spring’