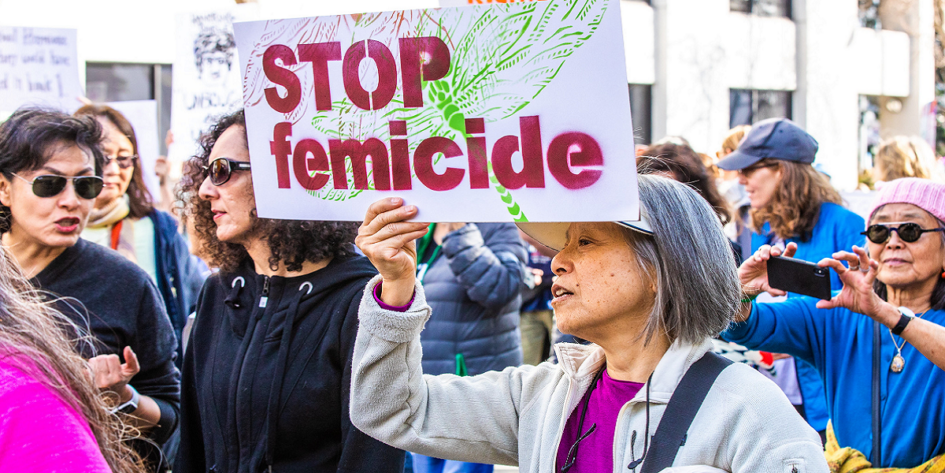 Anyone who pays attention to news reports on men who kill has heard this phrase. It is used as part of a narrative that frames male violence as a ‘loss of control’, the perpetrator, previously a quiet man who kept himself to himself, is said to have ‘just snapped one day’. This story is used to explain away a whole swathe of violent crimes, diverting our attention away from patriarchal violence and pointing the finger at poor mental health.

To take just one example, in 2017, when Stephen Paddock killed over 50 people in the biggest mass shooting by a lone shooter in US history, his brother told the media, ‘he was just a guy. Something happened, he snapped or something.’ Paddock’s motives were never fully understood.

After 12 August 2021, the UK has also been grappling with its first mass shooting in ten years. The killer’s identity was quickly revealed and it wasn’t long before people started using social media to make sense of his actions. Why did 22-year-old Plymouth man Jake Davidson murder his mother, before taking to the street and killing four others?

With the police investigation ongoing, debate on social and mainstream media has been widespread. And yet the simple fact remains that membership of the male sex is more of a unifying characteristic among mass shooters than any particular mental health diagnosis. According to US-based The Violence Project, 98 per cent of perpetrators are male. This is despite increased prevalence of mental illness among women, who rarely commit mass shootings.

Public speculation on the mental health of mass shooters not only perpetuates the harmful stereotype that mentally ill people are dangerous, but it lets violent men off the hook. It also sidelines difficult conversations about the valorisation of male displays of ‘strength’ and the entitlement that this seemingly gives men over the bodies of women and girls.

Much has been made of Jake Davidson reportedly being an ‘incel’, short for ‘involuntarily celibate’, the name of a subculture of predominantly white, heterosexual men who bond with other men on websites such as 4Chan and Reddit. Incels are united in their belief that feminism is responsible for their lack of sexual activity. Feeling that they are ‘denied’ their right to sex by women, some have gone on to perpetrate acts of vengeful violence. Some now believe that ‘incel attacks’ should be categorised as a form of terrorism.

However, inceldom is not the only form male entitlement can take. It doesn’t seem that Stephen Paddock was an incel, but sexist entitlement and aggression towards women and girls can be found in his biography. Paddock was known for his domineering behaviour towards his younger girlfriend while a sex worker told the media that he had paid to act out violent sexual fantasies. Child pornography was also discovered on Paddock’s computer after the shootings.

Newcastle bodybuilder Raoul Moat, was also an openly abusive partner who raped and beat his girlfriends. One of whom would be among the victims of his headline-making rampage in 2010.

Similar backstories can be found among many mass shooters. Yet media reports often only mention their histories of harming women in passing, putting more focus instead on speculation about mental health. This is despite evidence that mental illness symptoms ‘by themselves rarely cause violent behavior and thus cannot reliably predict it’.

Raoul Moat and Jake Davidson’s crimes both directly involved domestic violence. Davidson reportedly blamed his mother, Maxine, for his inability to find a girlfriend. When Raoul Moat shot his ex-girlfriend Samantha Stobbart’s new partner, Christopher Brown, he sought to punish Stobbart for leaving him for another man

Although most femicides are perpetrated by the victim’s current or former partner, 8 per cent are by the woman’s son. Shockingly, mothers in the UK are more likely to be killed by their own sons than by strangers. Maxine Davidson was the 10th woman to be killed by her son in 2021.

Better recognition of the warning signs that precede men’s lethal violence could put an end to the idea that these crimes are unpreventable. Professor Jane Monckton Smith’s Homicide Timeline, based on analysis of 372 intimate partner killings, outlines eight identifiable ‘stages’.

The timeline is based on the idea that coercive control is the best predictor of homicide, with most killers having histories of controlling relationship behaviour (Stage 1), often cycling from this stage to the ‘change of thinking’ in Stage 6, where a potential killer chooses to start planning murder. By demonstrating that men who kill their partners usually do so as part of an escalation of controlling behaviour that compounds over time, Monckton’s work helps us better understand why these crimes happen. Most importantly, life-saving intervention can occur at any stage.

Ultimately if society took misogyny more seriously, perhaps men like Jake Davidson, Raoul Moat, and Stephen Paddock could have been stopped before their violence became deadly. Making a diagnosis of misogyny is, of course, much easier than doing the work of dismantling patriarchy. But the activism of second-wave feminists who politicised men’s violence against women and built the women’s refuge movement serves as inspiration for contemporary campaigners.

Our foremothers didn’t eradicate male violence, but they built the foundations of today’s fight for a world where it is no longer tolerated. No longer can we accept the idea that men who kill ‘just snap’, or that mental illness alone explains their actions. Their violence was a deadly escalation of the misogynistic aggression that lay in plain sight.

Alex Birch is a freelance writer and feminist based in Birmingham.