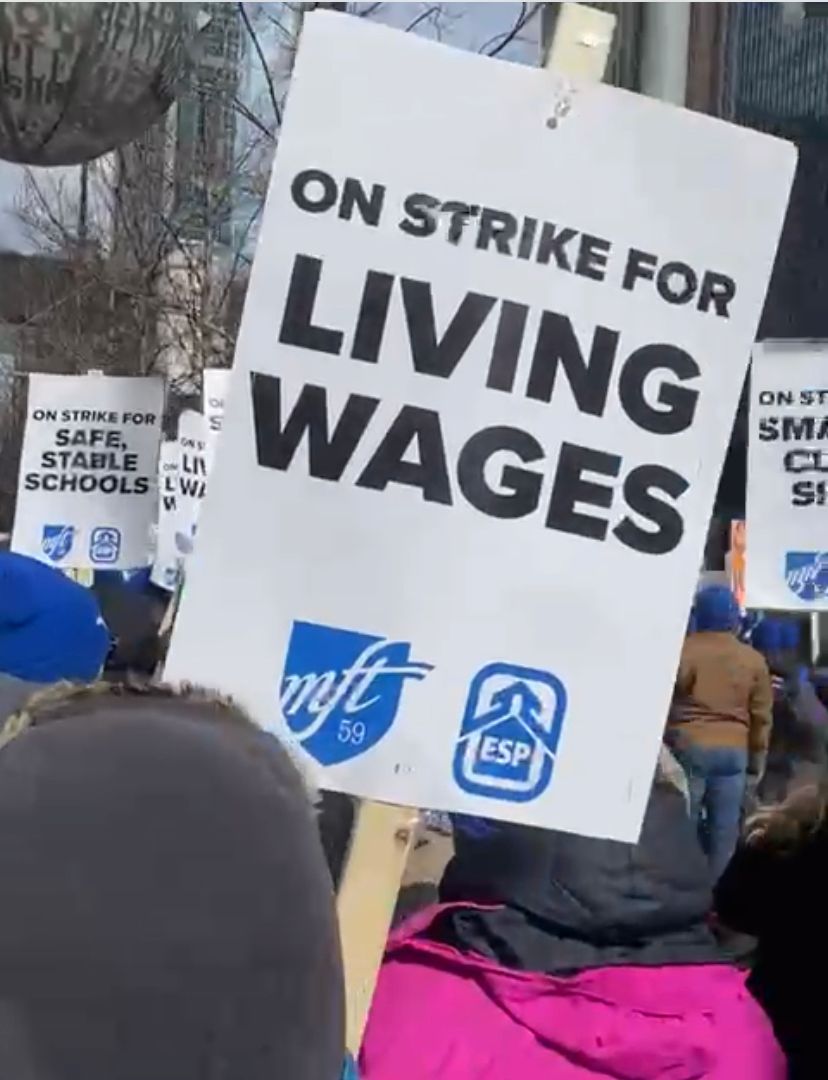 Around 4,000 educators organized in the Minneapolis Federation of Teachers (MFT) are entering week two in their strike to demand a base wage of $35,000 for Educational Support Professionals (ESPs), more mental health supports, smaller class sizes, and a 20% raise for teachers. Despite frigid winter temperatures, the strike pickets have been strong and energetic, followed by daily rallies targeting some of the largest corporations in Minnesota.

The School Board says the money isn’t there, but they have stashed over $280 million in pandemic and rainy day funds, on top of the recent discovery that state level politicians sit atop a $9 billion surplus. Additionally, Superintendent Ed Graff lives in a wealthy suburb, paid $230,000/year by the district. And he’s just one of numerous administrators who are paid 10x the average wage of an educational support in the school.

The money is there to fund our demands! To fully-fund public education, clearly we can tax the rich and the 16 Fortune 500 companies based in Minnesota. Winning our strike here could lead to other workers raising even bolder demands and labor victories in other cities. However, as always occurs in such a struggle of class interests, the pressure is mounting on our leadership to settle at the bargaining table.

Every union member has a role to play in this struggle. This is why as a Strike Captain and an elected Steward, we are joining with other MFT educators to launch this petition to show that our union has members ready to put in the work to build the strongest possible strike. Find the text below. If you’re a member of the MFT, add your name to get involved!

MFT leadership are fighting at the bargaining table. Every union member has a role to play in this struggle. Let’s get organized to build the strongest possible strike to win educator demands!