The poor are bearing the brunt of California’s storms 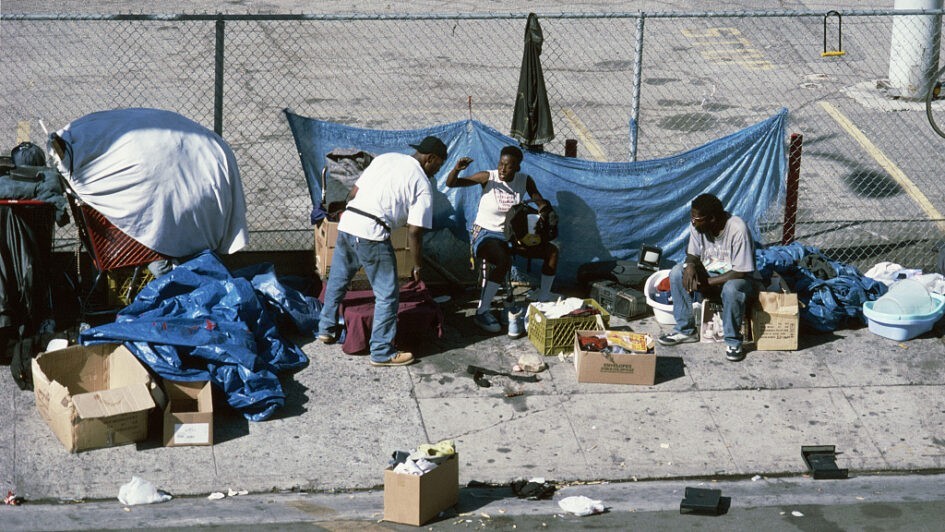 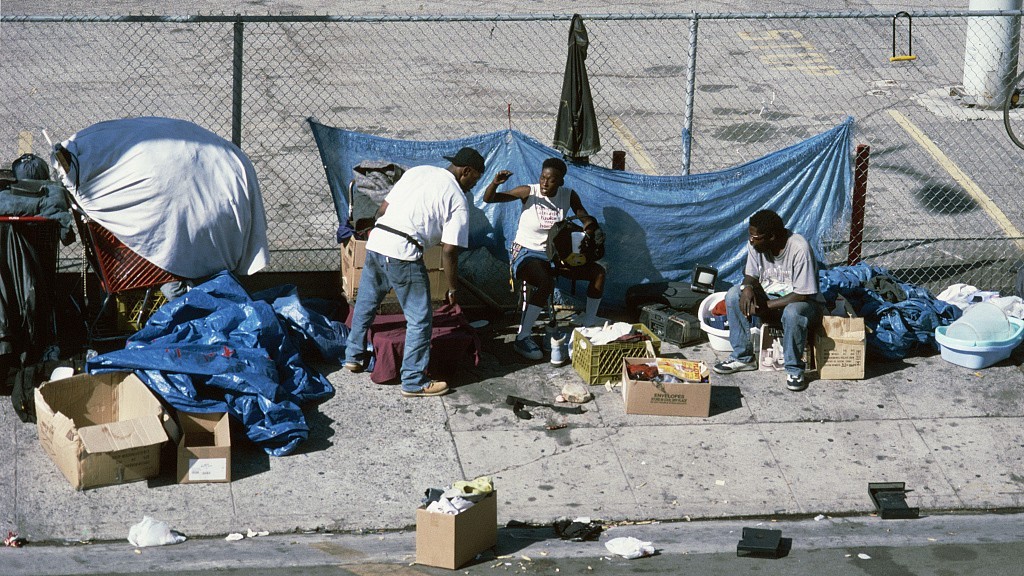 Above Photo: Skid Row in Los Angeles is one of the largest homeless encampments in the country.

Since late December, the West Coast of the United States has been battered by torrential rain of up to eight inches, strong winds reaching 70 mph that have knocked down power lines and ripped trees from the soil, and forced tens of thousands of people to evacuate. US President Joe Biden has declared a state of emergency in California. The “parade of cyclones,” as read the National Weather Service warning, is predicted to cost USD$1 billion in damages. Thus far, 18 people are dead as a result of these storms.

As these storms, heightened in frequency by climate change, wreak havoc in California, many wonder, what of the state’s 172,000 homeless people? California is notorious for its homelessness crisis, with an unhoused population that swelled by 22,000 during the pandemic, attributed to plummeting wages due to the pandemic crisis and increased housing unaffordability.

These factors, combined with the systematic gutting of social programs and mental institutions over decades, have forced the poor and desperate to life on the streets. And with this life, come existential risks.

In Sacramento, two homeless people, Rebekah Rohde, age 40, and Steven Sorensen, age 61, were killed when trees collapsed onto their tents during recent storms. This is the same city in which, last year, eight unhoused people froze to death, more than all cases of hypothermia from the previous 19 years combined.

City authorities are still conducting homeless “sweeps”, even amid the storms. Sweeps are the forcible, sometimes violent act of evicting homeless people from a given public space by the state. The city of San Francisco reportedly conducted a sweep on January 4, the day of the bomb cyclone storm in Northern California, despite a court order prohibiting the city from doing so. According to a volunteer for the nonprofit organization Coalition for the Homeless, on January 4, a San Francisco Fire Department Officer attempted to tell monolingual Spanish-speaking homeless people at an encampment that they had to move, but quickly gave up, declaring, “I don’t speak Mexican.” He proceeded to tell the group that their belongings would be trashed if they did not move, without making any shelter offers.

A federal judge had ordered the city of San Francisco to halt all homeless sweeps after the city was sued in 2022, for violating the constitutional rights of homeless people as a result of the sweeps. On December 23, the Northern District of California ruled that there was “significant evidence” that the city had destroyed personal property and issued criminal penalties for homelessness without presenting adequate shelter alternatives.

Sacramento had also recently towed RVs that were being used by unhoused people as shelter from the storms. “They picked the worst day to do this,” Joe Hill, an unhoused person whose trailer was towed, leaving his belongings to soak in the rain, told the Sacramento Bee.

According to homeless advocates in California, city governments often fail to properly communicate regarding available shelters during storms. However, even when cities do make the offer of providing shelter, it is often in vain, as homeless people often would rather brave the storm with all of their accumulated belongings than have to surrender most of their personal property before entering a shelter. “Then you start over…You get all the hygiene stuff, clothes,” accumulated over time, from scratch, homeless man Frank B. told the San Francisco Chronicle.

Some homeless people report having their few belongings stolen at such shelters, many of which require that residents leave each morning. Open-air homeless encampments, however dangerous during storms, provide a place to put belongings, community, a support system, and often shared heat, electricity, and other supplies. Homeless woman Jaz Colibri told the San Francisco Chronicle, “[Shelters are] literally just rooms of beds. You can only bring one bag of belongings…To go into that type of shelter, you give up your livelihood, your community, your support system.”

Pastor Stephen “Cue” Jn-Marie of the “Church Without Walls,” serving the homeless community in the heart of Skid Row, one of the largest homeless encampments in the country, attributes reluctance to utilize shelters to unnecessary rules that he dubs “carceral housing.” “You have to be in [at a shelter] at a certain time, right? If you’re a person who used to live in your own home and then all of a sudden you end up houseless, and now they’re telling you you have to be in at 10 PM. What if you work overnight? What if you work the graveyard shift? And all of a sudden, now you have to get permission,” Jn-Marie told Peoples Dispatch.

“So you go from being an adult to people treating you like a project.”

What Is The Root Cause Of Homelessness?

As urban centers such as San Francisco and Los Angeles attract highly profitable industry and highly paid professionals, landlords jack up housing prices to rates that many working people simply cannot afford. Many attribute the housing crisis to lack of housing, although, in reality, high-rent cities such as San Francisco have as many as 40,000 vacant units: enough to house the homeless population eight times over. According to a 2020 report, Los Angeles has 93,000 vacant units. The city has a homeless population of 69,144 people as of 2022. A 2022 study revealed that over one million homes sit vacant in California.

According to Leonardo Vilchis, co-founder of Union de Vecinos, a union of tenants in Los Angeles, evictions play a central role in the LA housing crisis. “What we have is a push factor on the part of landlords, that they’re actually trying to push people out to the streets, so they can increase rents given the new rent control laws,” Vilchis told Peoples Dispatch. “The homeless cannot find housing, because it’s too expensive and it’s directed to luxury housing, also people are being pushed into the streets because greedy landlords want to make a profit by having vacant units that they can increase the price for.”

Although there are many local initiatives and non-profit organizations that purport to address homelessness, Jn-Marie says that the efforts are mismanaged and don’t address the root cause of homelessness: income inequality. California has one of the widest income gaps of any state in the country. “The way we deal with houselessness is that we react to it,” he says. “A few years ago…We were allocating $100 million to resolve this in Skid Row. 85% of that went to law enforcement. To do what? To criminalize the houseless.”

“If you’re reading that housing is through the roof, and people can’t afford it, why are folks surprised that people are houseless?” said Jn-Marie.

Over the past few days, the storms have died down, although more rain is expected on Saturday, January 14. Without a direct effort to address income inequality and housing unaffordability, California’s homeless population will need to brace itself for the next set of storms.

EO: Bearing Witness in the Hell of Speciesism

Capitalism: great for the rich, shit for the poor

‘End the war against the poor!’

Ireland: Republicanism and Revolution – “The rich always betray the poor”