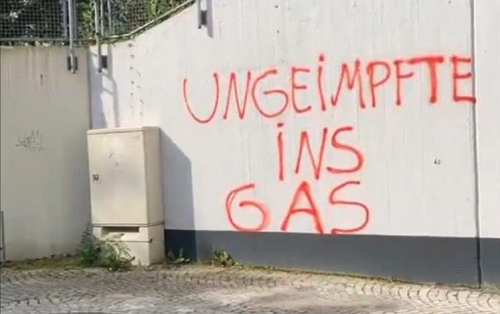 The column you are about to read is propaganda. Yes, that’s right … propaganda. It isn’t political satire or commentary, or objective news or information, or unbiased, verified scientific fact. It is propaganda, pure and simple.

That isn’t a confession, a disclaimer, or a warning. I am not ashamed of writing propaganda. Most everything you see and read on the Internet, and in newspapers, and on television, and in textbooks, and novels, and on advertising billboards, and everywhere else, is propaganda. There is nothing wrong with propaganda. The question is who is doing it, and what they are doing it for. Here’s the definition in the Cambridge Dictionary:

“information, ideas, opinions, or images, often only giving one part of an argument, that are broadcast, published, or in some other way spread with the intention of influencing people’s opinions”

That is what the column you are reading is … an attempt to influence people’s opinions. Of course, that isn’t all it is. Nothing is ever only one thing. But it is absolutely propaganda. And so is everything else that you will read today.

I’m terribly sorry if this comes as a shock, but there is no “objective” fantasy-land in which no one is trying to persuade you of anything or pressure you or otherwise influence you to do something. It does not exist, this “objective” dreamworld, where “authoritative sources” report “the facts,” where “the facts” are “verified” by “neutral” “fact checkers,” where ex-NSA and CIA spooks are hired as commentators by MSNBC and CNN because they care about “the truth,” where “science” is immune to manipulation. This fantasy is the alibi of authoritarians, cult leaders, and assorted other control freaks, and the people they have brainwashed into believing in it.

Everyone — and I do mean literally everyone — is trying to persuade or convince you of something. Your friends, family, colleagues, your boss, advertisers, lobbyists, government officials, the media, artists, teachers, doctors, journalists, bloggers, Twitter bots, etc. This isn’t cause for paranoia. It’s a natural part of human social behavior. It is happening right now as you read this sentence. I’m trying to convince you of something. In a moment, I’m going to urge you to do something.

This is how we create “reality,” collectively, by persuading and influencing each other, or allowing ourselves to be persuaded and influenced, mostly by powerful ideological forces that do not care about us, and just want to control us, but also by each other, moment by moment, with every word we speak and every action we take.

Every choice we make is an advertisement, a political statement, a profession of faith … a small contribution to a work of art we are collectively creating, which is what “reality” is. You and I are doing it right now. I’m trying my best to influence you, and you’re deciding whether to let me do that, whether you trust me … whether we share the same “reality.”

This process (or this negotiation, if you will) is never-ending, and there is no escape from it. Pretending that it isn’t happening — that we are not creating “reality” together with every choice we make — is childish, and is particularly dangerous at a time like this, when a new form of totalitarianism is being rolled out all across the world. This is not the time to retreat into fantasies. As I noted in Part I of this piece, we are in a propaganda war, and we are losing. GloboCap is manufacturing a new “reality,” a pathologized-totalitarian “reality.” Either you accept it, and conform to it, or you oppose it. Those are the choices. There are no other choices.

All right, now that we’ve got that straight, let’s get down to the propaganda at hand, and what it is that I am urging you to do.

I think the young people call this a “meme.” It is something everyone can do. Make a tweet or a post like this, with your name, face, country, and details, whatever restrictions apply to you. Use the hashtag. Circulate it. Encourage others to do the same. Don’t even mention the virus or the “vaccines.” Focus on the totalitarianism. Make it visible. Make it personal. We need the New Normals to see the faces of the people they are demonizing because we won’t convert to their new “reality.”

No, it will not make the slightest difference to the fanatics, but most of them are not fanatics. Most of them are simply scared and confused, and utterly mindfucked … as in their brains are not working. Literally. They are no longer able to think. Challenge them, and they will either become aggressive or start robotically repeating propaganda at you like the members of an enormous cult. Anyone who has interacted with them (and I have a feeling that you probably have) knows that they are totally unreachable with facts, argumentation, and basic reasoning, not to mention common sense, which is why I have mostly given up on that and am focusing on propaganda.

Propaganda programmed these people, and propaganda can deprogram them … or at least it can interfere with their current programming, even if just for a fleeting moment, maybe even enough to start them thinking, which might lead them to questioning the official “reality” … which, as any cult deprogrammer will tell you, is the first step toward disengaging from the cult.

Yes, it is just a picture and some words, but, if you doubt the power of visual propaganda, consider what GloboCap has achieved in the relatively short span of 17 months. They have imposed a new official ideology (in other words, a new “reality”) on societies all across the world.

Seriously, think about that for a moment … they have literally implemented a new global “reality.” They have done this primarily with propaganda, much of it visual propaganda, which functions on a primal, instinctual level. They inundated the public with images of disease, hospitals, patients on ventilators, body bags being stacked in death trucks, mass burials, and people dropping dead in the streets. They forced everyone to wear medical-looking masks and to perform an ever-changing series of pointless, paranoid compliance rituals to generate an atmosphere of “deadly contagion.” Basically, they transformed the entire planet into an inescapable pandemic-theater production in which the terrorized performers are also the audience. They did this mostly with visual propaganda, images and observed behavior. (The nonsense the New Normals robotically recite at us isn’t meant to be believed; it is meant to be memorized and repeated verbatim, like religious dogma, or a customer-service-representative’s script.)

And, if you think your tweet or post doesn’t matter … well, it’s now about 48 hours since I posted mine, and thousands of people all over the world are joining in with tweets and posts of their own. (OffGuardian is collecting some of them here and inviting people to add their voices.) Twitter is suppressing the #NewNormal hashtag and slapping “sensitive content” warnings on the tweets. Fanatical New Normals, furious at being shown the faces of the people they are demonizing, are shrieking insults, death wishes, threats, mockery, and other vitriolic abuse at us, and demanding that the authorities censor us, and desperately attempting to disappear us by adding the hashtag to random gibberish.

That wouldn’t be happening if our voices didn’t matter.

What we’re doing is basically an online version of classic non-violent civil disobedience. We are disrupting the new official narrative, the official ideology, the official “reality,” even if just marginally, and just for a moment. Join in. Ignore the fanatical New Normals shrieking hatred at us on the Internet. Interrupt the “pandemic-theater” performance. Make the new totalitarianism visible. Make it personal … for them, and for us.

If you need a reminder of what the stakes are, here is a recent photo of some lovely graffiti from an unknown location somewhere in New Normal Germany. For those of you who don’t read German, it translates as … “GAS THE UNVACCINATED.”