The reactionary forces behind Starmer and Labour’s right wing 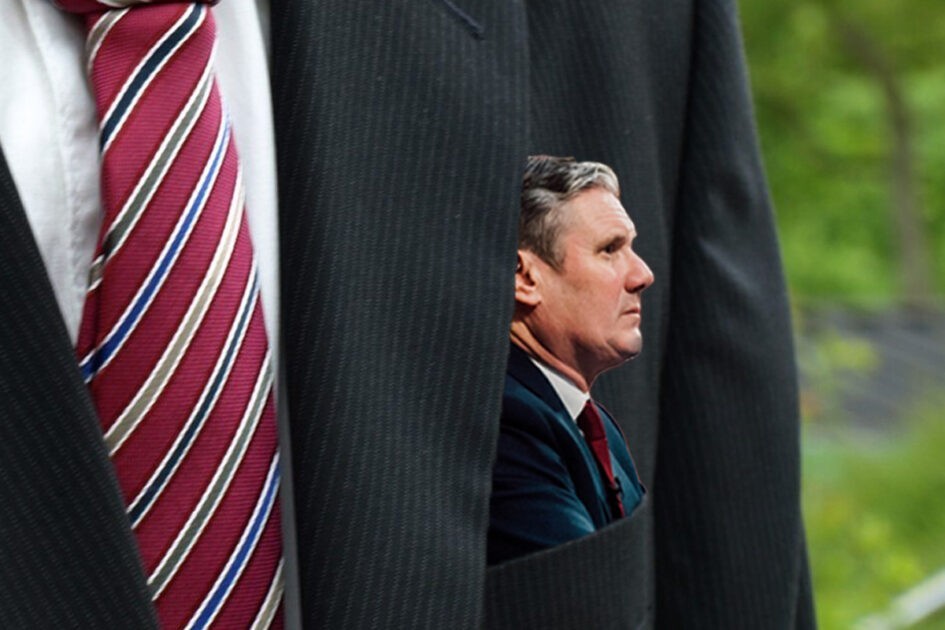 When the need has arisen, Labour’s right wing has never held back from attacking and expelling socialists from the Labour Party. This list even includes such legendary figures as Nye Bevan and Michael Foot.

Adopting the methods of McCarthyism, left-wingers in the past were accused of being linked to the Communist Party, or denounced as ‘fellow travellers’. The Bevanites were accused of creating ‘a party within a party’. This would often lead to witch-hunting, suspensions, and expulsions.

Today, the right wing are using these same methods against the left: suspending Corbyn and those who support him; crushing party democracy and rigging the rules in their favour; and now banning left-wing groups, including Socialist Appeal.

Of course, if the right wing gets away with this, then it will mark the beginning of a wider purge.

While those on the left are banned, however, right-wing groups are allowed to operate with impunity. This has nothing to do with double standards, but everything to do with class interests.

When the right-wing Labour leader Hugh Gaitskell attacked Michael Foot for being a ‘fellow traveller’ at the 1960 Labour Party conference, Foot retorted “but who are they travelling with?”

This is a very good question, with great relevance today.

“For the chairmen of the world’s largest capitalist organisations, monarchists, ex-Nazis, commanders of the American and German forces, the Crown Princes of Europe and CIA agents do indeed make strange travelling companions for socialists.”

Strange bedfellows indeed! In the post-war period, such reactionary forces worked through a series of front organisations to support Labour’s right wing and keep the party in ‘safe hands’.

This has continued right up until the present time. Recently, especially arising from the years of Blair and New Labour, right-wing organisations have mushroomed – all very well financed – to maintain the tight grip of capitalism on the Labour Party.

The main support for this pro-capitalist tendency resides within the right-wing Parliamentary Labour Party (PLP), but it also includes officials in the trade union movement.

In the Labour Party, these organisations represent capitalism’s Fifth Column – the faithful agents of the ruling class. They receive considerable support in terms of money, privileged access, and publicity, as well as connections to the secret services.

A number of right-wing trade union leaders were – and still are – paid agents of MI5. Individuals within the headquarters of the TUC are also connected to the special branch, who are used to spy on and supply information on left-wing individuals and trade unions.

A number of these are linked to foreign embassies and agencies, such as the Israeli embassy and the Israeli state.

When it was revealed that Joe Gormley, former president of the NUM, was exposed as being in the pay of MI5, Arthur Scargill commented that he wasn’t surprised:

Peter Wright, a former agent of MI5, wrote about how they planned to discredit Harold Wilson in 1974:

“Using our contacts in the press and among union officials, word of the material contained in MI5 files and the fact that Wilson was considered a security risk would be passed around.” (Spycatcher, p.369) The same question raised by Michael Foot can therefore be asked of Sir Keir Starmer and today’s Labour’s right wing: Who are they travelling with? Who are their bankrollers and supporters backers?

During the Blair years, various right-wing organisations sprung up, such as Progress and Compass. These were well-financed and extensively organised throughout the Labour Party, in order to bolster the Blairites. David Sainsbury, the Labour peer and supermarket billionaire, for example, was a major Progress donor.

They were later joined by a string of other organisations: Labour Together, Labour First, Remain Labour, Saving Labour and Movement for Change – all of which championed the capitalist cause of New Labour.

Today, while Socialist Appeal is banned, these groups operate freely within the Labour Party, backed and financed by rich business donors and the capitalist establishment.

These well-heeled groups constitute a capitalist Trojan Horse, which has infiltrated the Labour Party, and which openly operates to promote the interests of big business. They act as a genuine right-wing conspiracy within the party.

One of these groups, Labour Together, exerts enormous influence, and has close ties to Sir Keir Starmer and his entourage. It seems to have access to limitless amounts of money. Indeed, the organisation is currently under investigation by the UK’s Electoral Commission after allegedly failing to declare over £800,000 in donations.

Figures show that Labour Together’s most significant donor has been a Mayfair hedge-fund manager, Martin Taylor, who has given the organisation more than £700,000.

With such resources, the group has built up considerable influence and contacts. This organisation was especially active under Jeremy Corbyn’s leadership, with the express purpose of undermining him.

Most (if not all) of the signatories of Labour Together were actively involved in the attempt to remove Corbyn as Labour leader in 2016, in the infamous ‘chicken coup’. These saboteurs openly operated as a party within a party.

What the EC data now shows us is that since the end of 2019, Reeves has registered only two donations:

Labour Together has a number of registered directors. This rogues gallery include: These right-wing groups are very much interlinked, with overlapping membership. For instance, Nathan Yeowell of Progress is a director of Labour First’s Labour to Win campaign.

Labour First is another key player – the secretary of which is arch-factionalist Luke Akehurst. Labour First’s registered directors at Companies House are Luke Akehurst, Keith Dibble, and John Spellar.

There is a web of links between big business and Labour’s right wing. Many of these connections operate behind closed doors. But some of it is known.

The present deputy leader, Angela Rayner, has also attracted a long list of donations from businessmen. These include: £50,000 from the Labour peer – and media and entertainment millionaire – Baron Waheed Alli; £25,000 from investor and hedge-fund manager Martin Taylor; another £25,000 from Labour Friends of Israel supporter Trevor Chinn; £10,000 from entrepreneur Rajesh Agrawal, London’s deputy mayor for business; and another £10,000 from property firm Intro Developments Ltd, based in Manchester.

Angela Rayner received £25,000 from Martin Taylor and £25,000 from Trevor Chinn. Between the two they financed anti-Corbyn groups and MPs since 2015. Donations to Labour Together were mostly hidden. Goodbye NHS. #StarmerOut https://t.co/Sm325uTmy7

Of course, Sir Keir Starmer has done well too. He refused to declare his donations during his leadership bid. But now we can see the handouts.

First is fellow lawyer Bob Latham, who gave Starmer £10,000. This was matched by the same amount from media entrepreneur Waheed Alli, a close friend of Tony Blair, who gave him a peerage.

The aforementioned hedge-fund manager Martin Taylor, who clearly has a passion for funding anti-Corbyn groups, gave £95,000. Another businessman, Clive Hollick, the Blairite and supporter of New Labour, gave £50,000. Sir Trevor Chinn, who we mentioned before, also coughed up £50,000.

The owner of Bet365, Peter Coates, another Blair supporter, gave £25,000. So did Martin Clarke, who originally supported The Independent Group/Change UK, which sank. Another Change UK supporter, Paul Myners, gave £10,000.

You can see that the top eight wealthiest supporters gave an amazing £455,000. These are part of the anti-Corbyn big business cabal behind Starmer and his takeover of the Labour Party. The whole thing stinks from top to bottom. Big business wants to keep the Labour Party in safe hands – which it does through its right-wing agents, careerists, and place seekers. They are well financed and well fed for this purpose.

These pro-capitalist organisations are allowed to operate freely, pumping out their free market ideology, while the left is under attack.

Today, the right wing has banned Socialist Appeal for advocating socialist change. Tomorrow they will come for Momentum and the rest.

Their task is to carry out a counter-revolution in the Labour Party. How far they are able to go with this will be determined by the resistance displayed by rank-and-file members, and by the left unions.

It is high time we cleared out these stinking Augean stables of corruption and deceit.