The Rise and Fall of 5Pointz 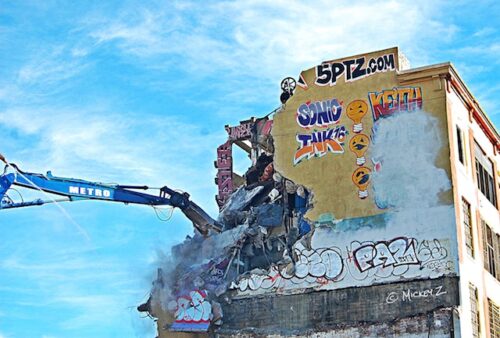 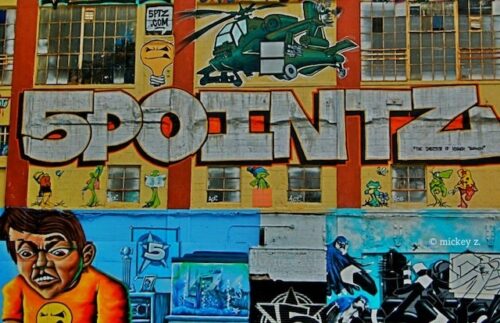 The artwork was always changing but the looming presence of 5Pointz felt permanent. Rumors swirled as gentrification advanced but “The Institute for Higher Burnin’” would outlive it all… or so we thought. I’m not sure how many others documented its last couple of months but, since I was a frequent visitor to 5Pointz, I felt compelled to do so.

Let’s begin with a very brief history. The Long Island City, Queens, NYC building began in 1892 as the Neptune Meter factory, which (surprise, surprise) built water meters. Fast-forward to the 1970s and a developer named Jerry Wolkoff bought the property. The transition to becoming “5Pointz” was slow but steady as Wolkoff started to lease the space as artists’ studios in the 1990s. Before long, the exterior walls became an iconic art canvas — featuring the work of global graffiti artists.

For a while, things were all good. 5Pointz was run by artist Jonathan Cohen, a.k.a. Meres One, and his partner, Marie-Cecile Flageul. I knew Meres a little and became friends with Marie. As a result, I was a regular visitor and was privy to some inside info — including rumors of losing this street art mecca to gentrification. 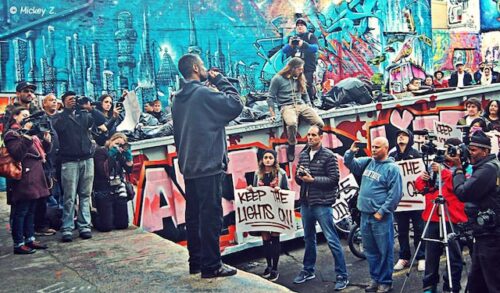 When word got out, folks suddenly showed up for rallies to “Save 5Pointz.” One such rally is pictured above (featuring Meres). Too little, too late. 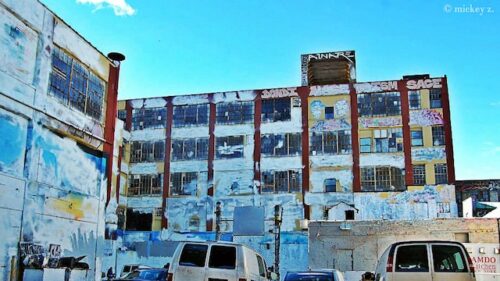 I was told this was the only promise Wolkoff kept: To sneak in under the cover of night to whitewash the art (see photo above). Mission accomplished. (This move ended up being Wolkoff’s undoing in the inevitable lawsuit.)

Wolkoff’s decision to clandestinely whitewash 5Pointz led to a Second Circuit Court of Appeals to award more than 20 artists a total of $6.75 million in statutory damages. The lawsuit was filed under the Visual Artists Rights Act of 1990, which protects public art of “recognized stature.” But even so, today, the site is yet another high-priced file cabinet for storing yuppies and hipsters: 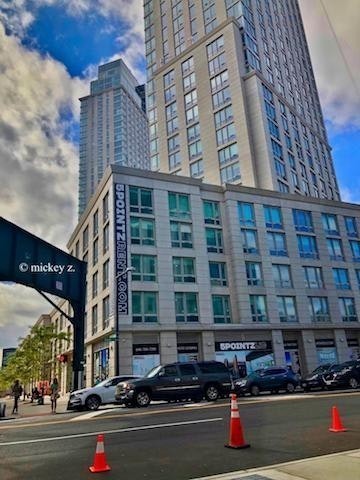 Coda: I could go off on what passes for “activism” today and how the “Save 5Pointz” movement is an example of such impotence. Instead, I wanna offer a rare counterbalance to the concept of “public art of recognized stature.” It’s not that simple.

Sure, 5Pointz featured the sanctioned work of both recognized and rising artists. But it must not be used as a blanket definition of “graffiti.” Beyond epic murals and million-dollar lawsuits, males lacking the systemic power to mark their territory through advertisements, real estate development, etc. instead choose graffiti — a typically illegal option — and get to call it “art” and “expression.”

However, if there’s abundant graffiti in your neighborhood, it signals that such “artists” had a large block of time to commit a crime without fear of getting caught. Take a second to ponder what this means to women, girls, the elderly, or anyone low on the predator/prey hierarchy. The vast majority of graffiti is not subversive art or rebellion. It’s a reminder of how unsafe certain populations are in a world dominated by male pattern violence — a reminder of how males of any class can engage in a criminal act with virtual impunity.

Take-home message: Pay very close attention to the words you use, the definitions you assign to those words, and the narratives you consciously or subconsciously endorse. You might even call this the “art” of intellectual self-defense.

#BlackLivesMatter: Review of ‘The Purpose of Power: How We Come Together When We Fall Apart’ by Alicia Garza

500 years after the fall of Mexico-Tenochtitlán: a Marxist perspective

The fall of Apartheid in South Africa