The Road to Derry 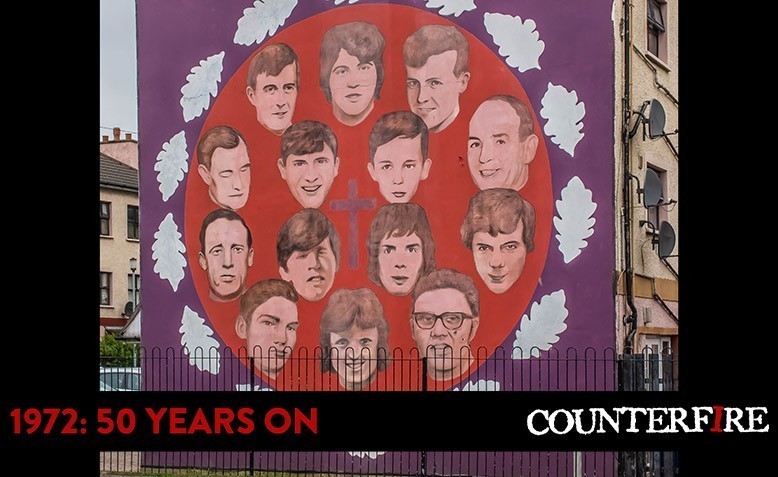 Seamus Heaney (1939-2013) was one of Ireland’s greatest poets. The publication of the collection Death of a Naturalist in 1966 brought him to the attention of the world and earned him several literary awards.

In 1972 Heaney was living in Belfast. The preceding period had seen the rise of the Civil Rights Movement, increasing sectarian attacks on the Catholic community in the North and the stationing of increasing numbers of British troops in the six counties.

The murder of 14 people in Derry by the Paras sent shock waves across Ireland and much of the globe. Like many others Heaney drove the road from Belfast to Derry to attend the funerals of those who had been brutally slain.

Luke Kelly, the famous folk artist who played with the Dubliners and was, for a period, a member of the Communist Party, asked Heaney to write something about his journey to the funeral services. The intention was that Kelly would then put the words to music.

Heaney produced ‘The Road to Derry’.

Kelly never got round to adding the music, so the poem was left unpublished until 1997, when it appeared in the Derry Journal to mark the 25th anniversary of Bloody Sunday.

Today we are printing Heaney’s great poem to show our solidarity with those who are still fighting for justice 50 years after the atrocity took place.

The Road to Derry by Seamus Heaney

Along Glenshane and Foreglen
and the cold woods of Hillhead:
A wet wind in the hedges and a dark cloud on the mountain,
And flags like black frost
mourning that the thirteen men were dead.
The Roe wept at Dungiven and the Foyle cried out to heaven,
Burntollet’s old wound opened and again the Bogside bled;
By Shipquay Gate I shivered and by Lone Moor I enquired
Where I might find the coffins where the thirteen men lay dead.
My heart besieged by anger, my mind a gap of danger.
I walked among their old haunts.
the home ground where they bled;
And in the dirt lay justice like an acorn in the winter.
Till its oak would sprout in Derry
where the thirteen men lay dead.

On one road by the thousands: the road of resistance and liberation!54th anniversary of the founding…

Dossier No. 45: Indian women on an arduous road to equality

Germany on the Road to an SPD-Green-FDP Coalition

On the road from Detroit to South Africa: Black radical internationalist traditions

A critique of the CPB’s ‘Britain’s Road to Socialism’ in the 21st century, pt 3