The Supreme Court Could Gut the Right to Strike 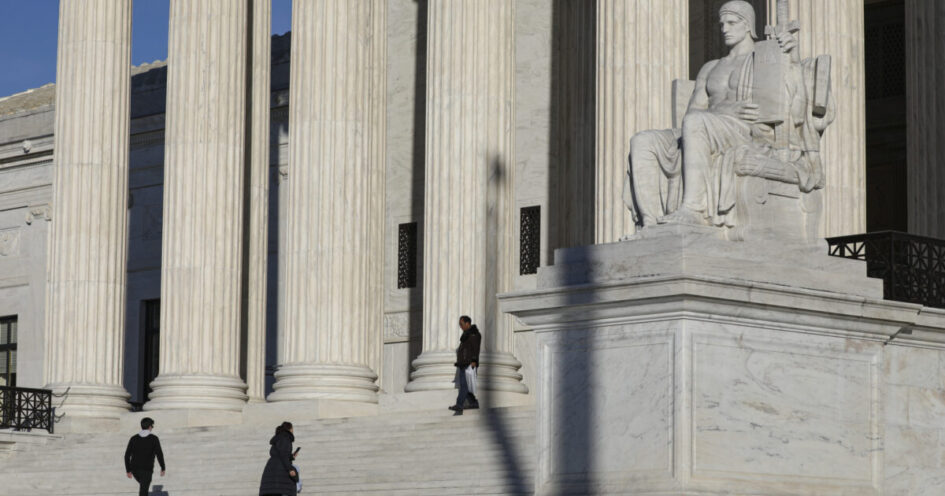 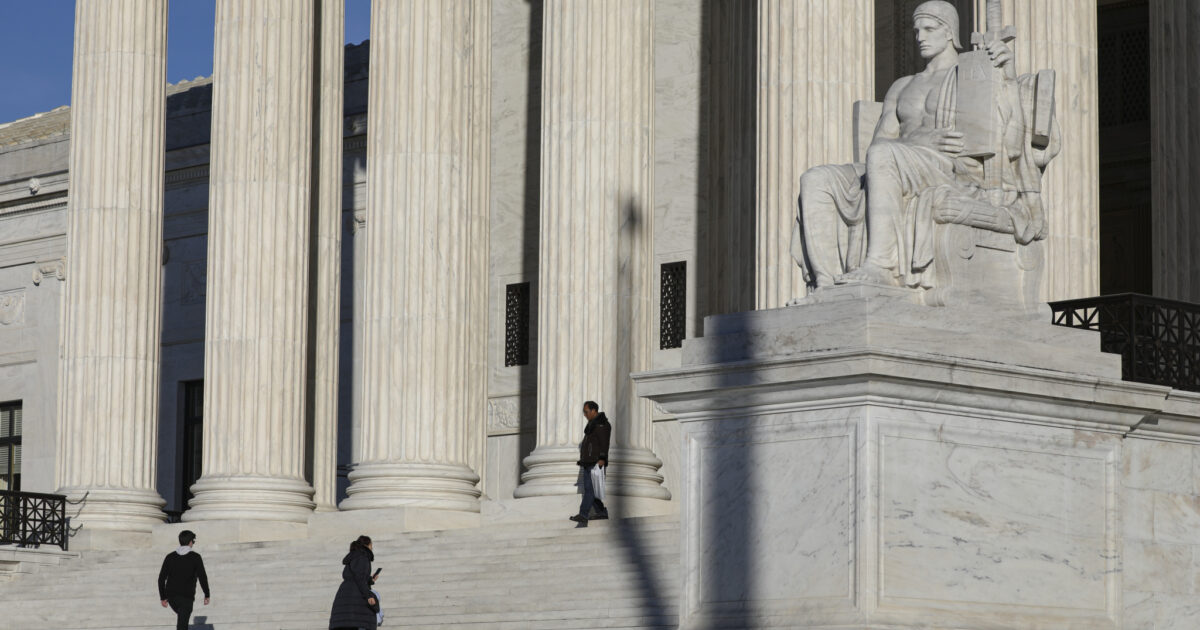 Above Photo: The Supreme Court of the United States building in December 2022. (Celal Gunes / Anadolu Agency Via Getty Images)

C.M. Lewis Interviews Labor Researcher Kate Bronfenbrenner About A Case That Could Have Widespread Implications For Unions Across The Country.

“The ability to withhold your labor is the one powerful tool throughout the history of unionization that has ensured workers can improve their working conditions,” Teamsters General President Sean M. O’Brien offered in a statement issued the same day. “This right is now on trial at the Supreme Court,” O’Brien said, calling on the court to affirm the rulings of lower courts. Noel J. Francisco, the Jones Day attorney representing Glacier Northwest, did not respond to a request for comment.

C.M. Lewis, working for In These Times, interviewed Kate Bronfenbrenner, director of labor education research and a senior lecturer at Cornell University’s School of Industrial and Labor Relations about the potential labor implications of the case. The interview has been edited for clarity and length.

Kate Bronfenbrenner: There’s two questions. The employer sued the union for tortious destruction of company property and is going after the Teamsters, and basically going after the government, arguing under the takings clause that it has to be reimbursed for the property.

Glacier Northwest’s argument is that cement workers going on strike caused some cement to harden when they walked off the job. Even though workers left the trucks running in order to try to protect the cement, the company didn’t get to the trucks to take care of it in time, and so the cement hardened. The company suffered losses, and because of those losses, the company is suing the union for tortious destruction of property.

The National Labor Relations Board ruled that it was the company that committed an unfair labor practice by retaliating against the union for going on strike. That has to go before the full board, but it has been declared a legal strike by the NLRB. And historically, the federal government does not interfere in NLRB cases, and the courts do not interfere in NLRB cases.

Lewis: It seems like an important question is whether employers can go to the courts if they get an answer they don’t like from the NLRB.

Bronfenbrenner: The NLRB is empowered under the preemption doctrine with determining whether union conduct is protected by federal labor law like the National Labor Relations Act, and they also decide whether said labor law preempts the application of other law. In this case, the company is trying to go around that.

Now, of course companies can go to the courts, but whether they win in the courts is an entirely different question. We can see Amazon and Starbucks challenging every single decision made by the NLRB, challenging the legitimacy of the NLRB, but if we start to have a very active right-wing judiciary that starts to turn over precedent in NLRB decisions and court cases supporting NLRB decisions, we will be in very dangerous terrain. There’s a great risk that this will happen in this case, and if it does, union workers will have a very limited right to strike.

Lewis: What do you see as the broader impact for employer behavior if the Supreme Court sides with the company in this case?

The court has recognized only one exception to the preemption doctrine, allowing employers to go to state courts — and that is, and it’s kind of strange, only for extreme cases that are “so deeply rooted in local feeling and responsibility that in the absence of compelling congressional direction, we could not infer that Congress deprived the states of the power to act.” Up until now the court has defined “extreme cases” as things like picket line violence, intimidation and coercion, but that did not exist in this case. The court has never applied that, if a strike costs the employer money, then the strike is not protected, which is what the Glacier Northwest is arguing.

And if that became the law, you could see that if airline employees went on strike that costs the airline money. Or imagine the UPS strike, if the UPS strike moves forward and it costs UPS money because packages aren’t delivered. Some of the packages contain goods that cannot survive in the heat or the cold and are damaged. UPS could hold the Teamsters liable for that. Unions, because of the costs of these lawsuits and the possible liabilities, would then be afraid to go on strike and the right to strike would be severely limited.

Lewis: It seems likely that labor could face tough rulings from the courts. What does a hostile judiciary mean for labor strategy moving forward?

Bronfenbrenner: Labor could go any number of directions in how they respond. It could have the effect that labor gets very cautious. Unions could start to decide that this is a time they shouldn’t have major actions and strikes, and they should back off filing massive unfair labor practice cases, and instead — very much like the early years after Reagan came to office — unions kind of back off and become afraid of the strike.

On the other side would be unions saying, you know, we know that this is political, and if we, in response to their decisions, create more chaos in the economy, strike more, engage in community campaigns and get the public rallied about this, then the judiciary may start to feel the pressure, or the executive branch will put pressure on the judiciary.

We are at this moment where the Teamsters are planning a national UPS strike. Will an adverse decision in the Glacier Northwest case start to undermine that campaign? That would have huge repercussions for the labor movement globally, because a successful UPS strike will impact the global labor movement — as it did in 1997, it will do so again.

Add in that the court is doing this at a time when public support for unions is at the highest it’s been in, you know, [about six decades]. This is not an ideal time to start gutting worker rights.

Lewis: Is there an opportunity for labor to politically frame this question, in a way that labor often has struggled to do?

Bronfenbrenner: I think what is more important than trying to use it politically is to use it to organize and increase your power. Labor doesn’t have enough power right now. In a recent issue of In These Times, Hamilton Nolan pointed out that, in resources and amount of money, labor spends more on politics relative to other things. That’s putting the cart before the horse. Labor doesn’t have the power to make change politically, and will only have that power if it organizes more and builds out community and global alliances. When it builds that power, the political power will fall into place.

Lewis: Anything else that you think is important to mention?

Bronfenbrenner: The attack on the public sector by the courts and legislatures is very significant. This was a strategic plan by some of the biggest corporations in the country, recognizing the union’s political power depends on having money and resources, and that public sector unions are very active politically. While they failed in Ohio and Pennsylvania, they succeeded in Wisconsin and Indiana. These were states with strong labor movements, and that’s gone.

Companies like the Koch Brothers and Koch Enterprises are being very strategic. And it’s not new. We saw Coors Beer doing that in the 1980s. But the fact is, it is a much more effective and much more national strategy.

I’m sure there are meetings where these guys all get together — and they are mostly guys — and say, “OK, what state are we gonna target next? Where are we going to file a court case?”